Between George Washington hall and Samuel Phillips Hall is the path to the Chapel Cemetery. When Phillips Academy and Andover Theological Seminary opened in 1778 and 1808, the schools did not immediately make provisions for burying deceased faculty, staff, and students. They operated for many years without a burial ground. In 1810 the first known burial occurred on land to the east of the seminary on land owned by Isaac Blunt, a revolutionary War captain and tavern operator. Efforts to obtain the land from Blunt began in 1816, but the official land transfer (of 1.01 acres) took place in 1820. 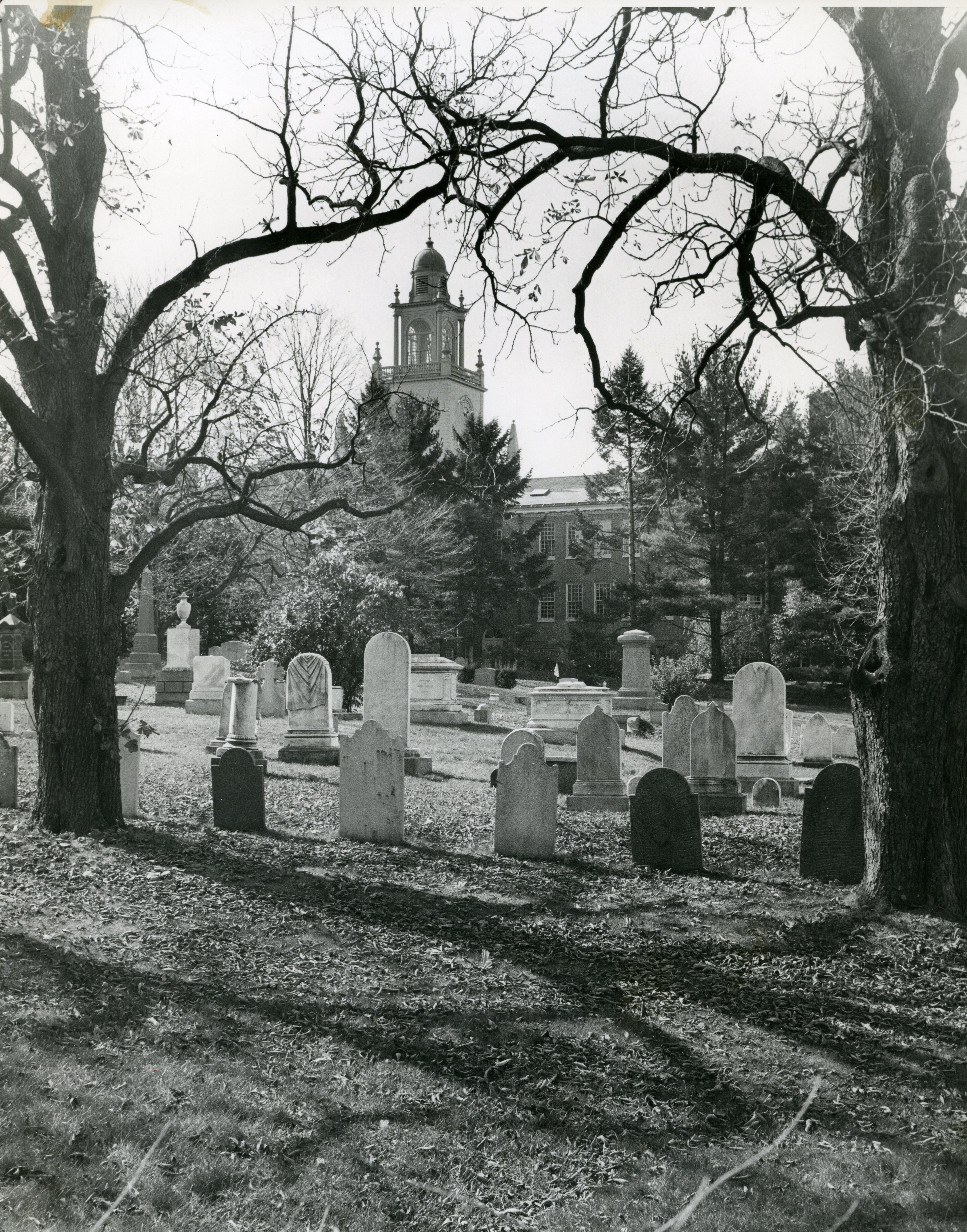 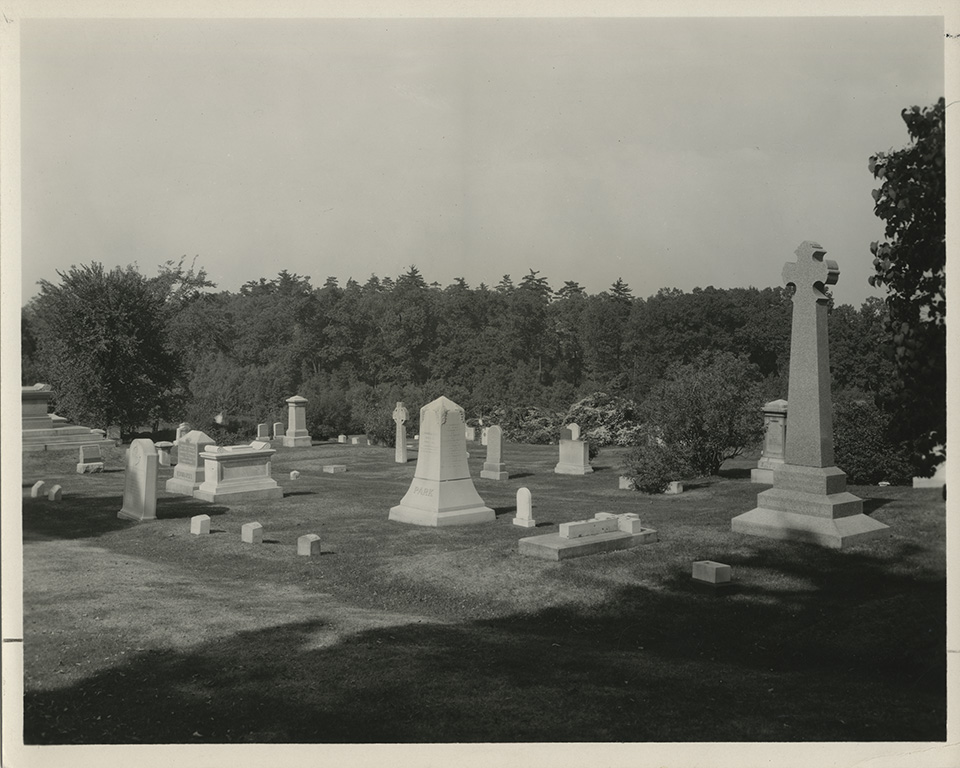 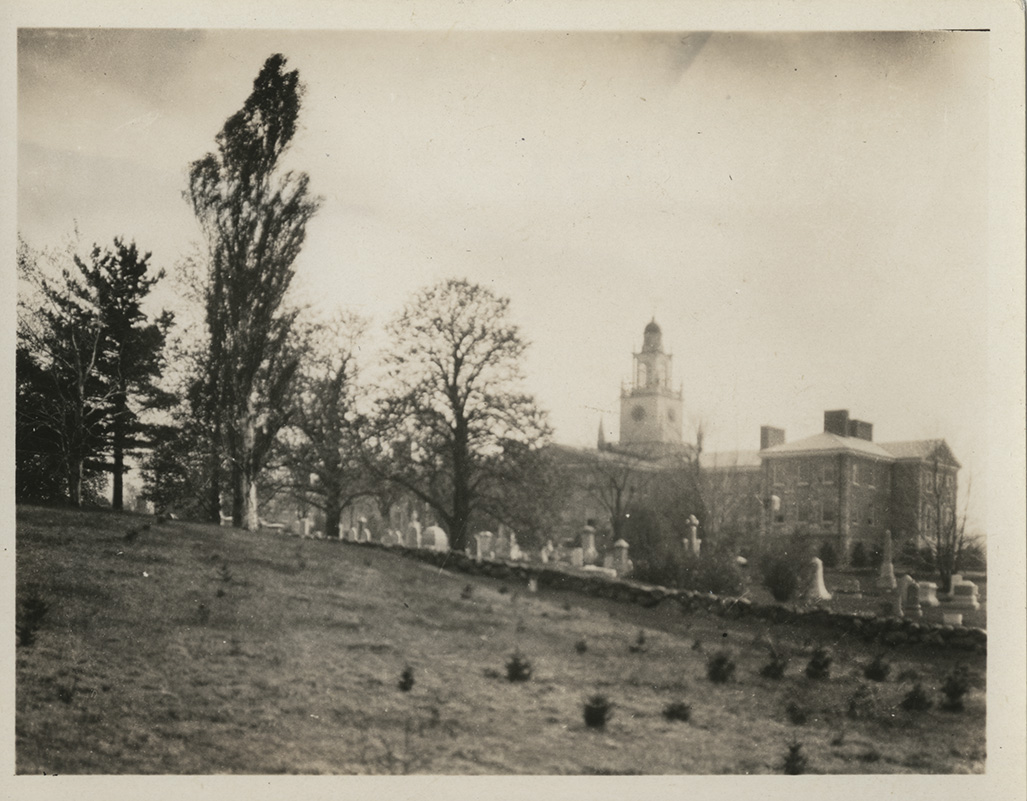 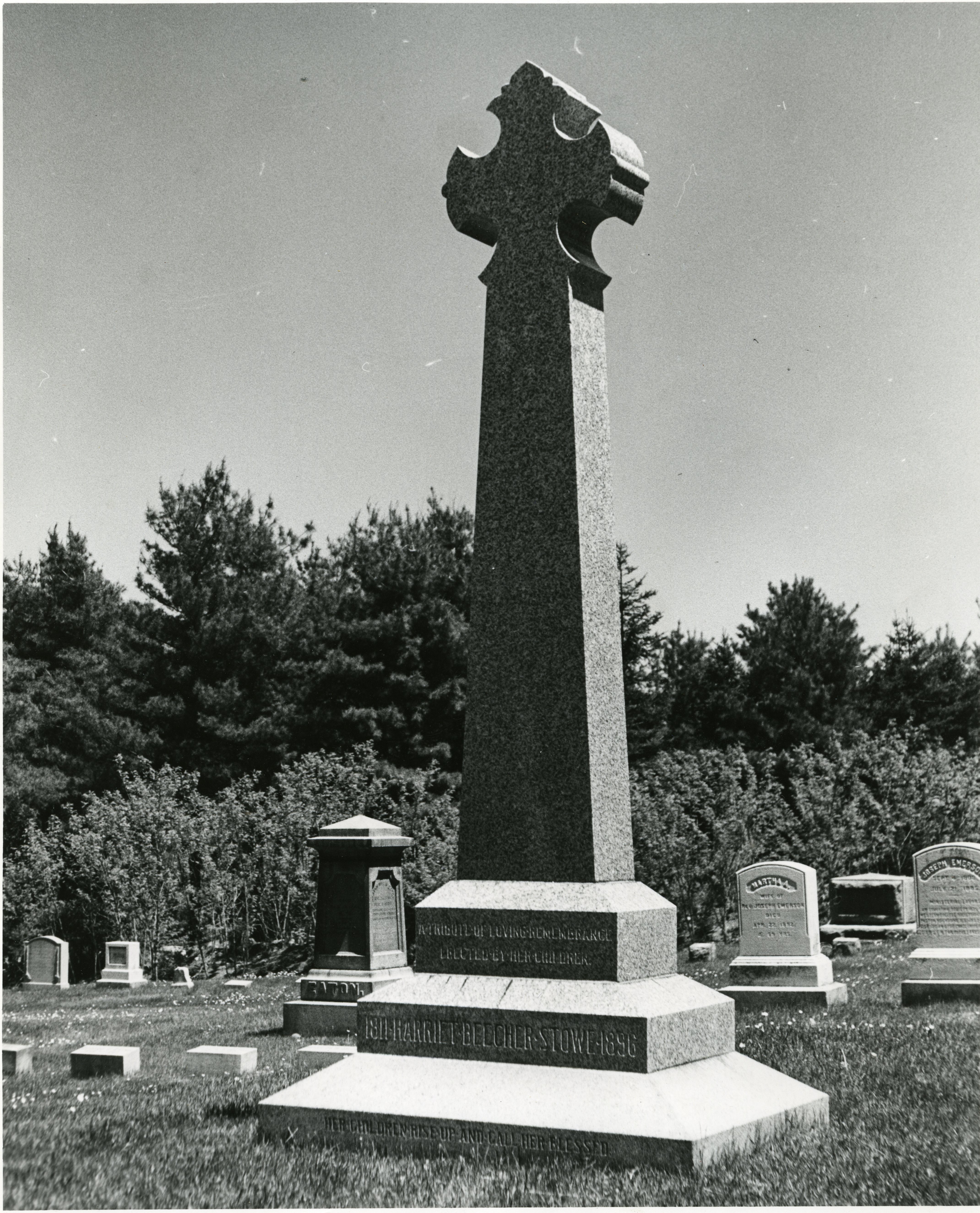 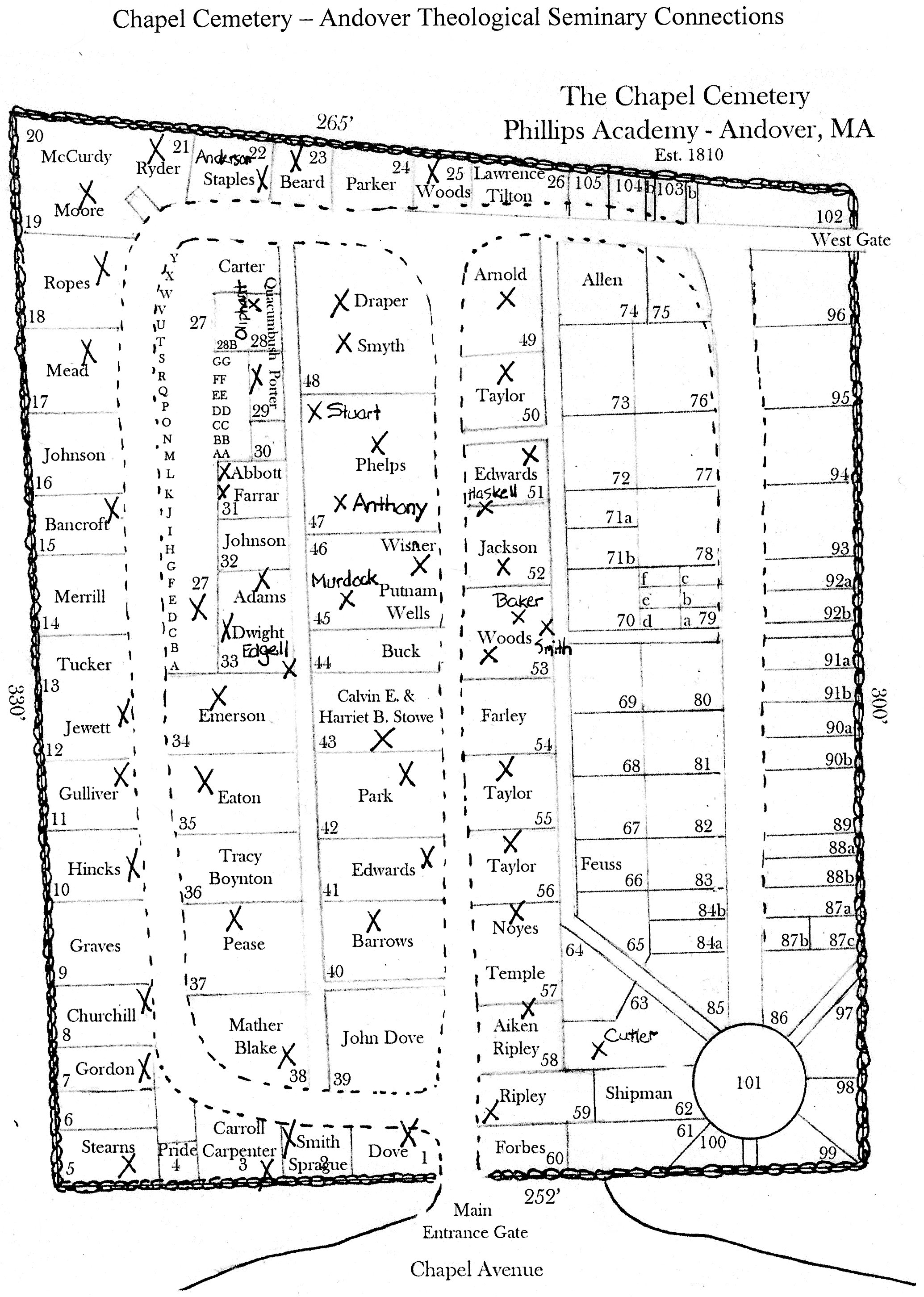 Historical records do not mention a name for the burial ground until later in the 19th century. In 1874 a group formed the cemetery association. It was enlarged in 1910 by the Olmsted Brothers and protected by a fieldstone wall. It is now surrounded by classroom and dormitory buildings. Headstones or small monuments mark most graves. One exception is an ornate gothic marble and stone monument to Leonard Woods Jr., president of Bowdoin College; there is also a marker of the grave of Leonard Woods Sr., professor of Christian Theology at Andover Theological Seminary, who died in 1854. Also buried here are Professor Calvin Stowe and his wife Harriet Beecher Stowe, who lived in Andover for twelve years.