Item 27 of 27
This is a contributing entry for Phillips Academy campus history tour and only appears as part of that tour.Learn More.

Located behind the Andover Inn and Cochran Chapel lies Stowe house, once home to the family of writer Harriet Beecher Stowe. The builfing has been renovated for various purposes several times since its construction in1828. Phillips Academy now uses it as a dormitory for students and faculty. The specific address can be found at 80 Bartlet Street, Andover, Massachusetts 01810. 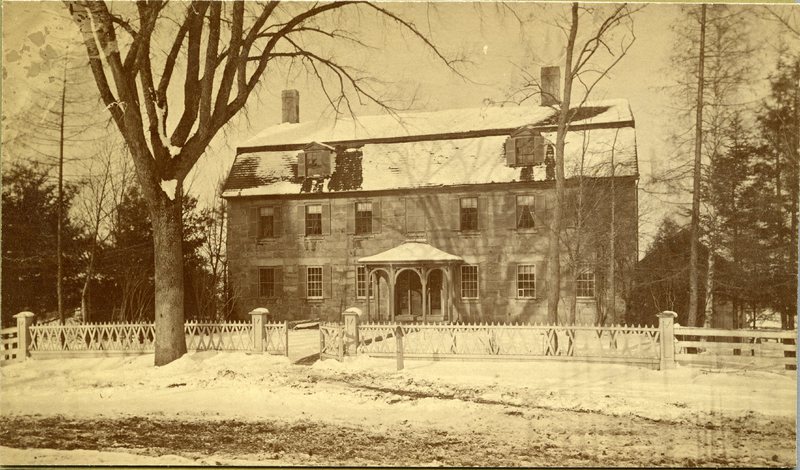 Harriet Beecher Stowe on the porch of Stowe House 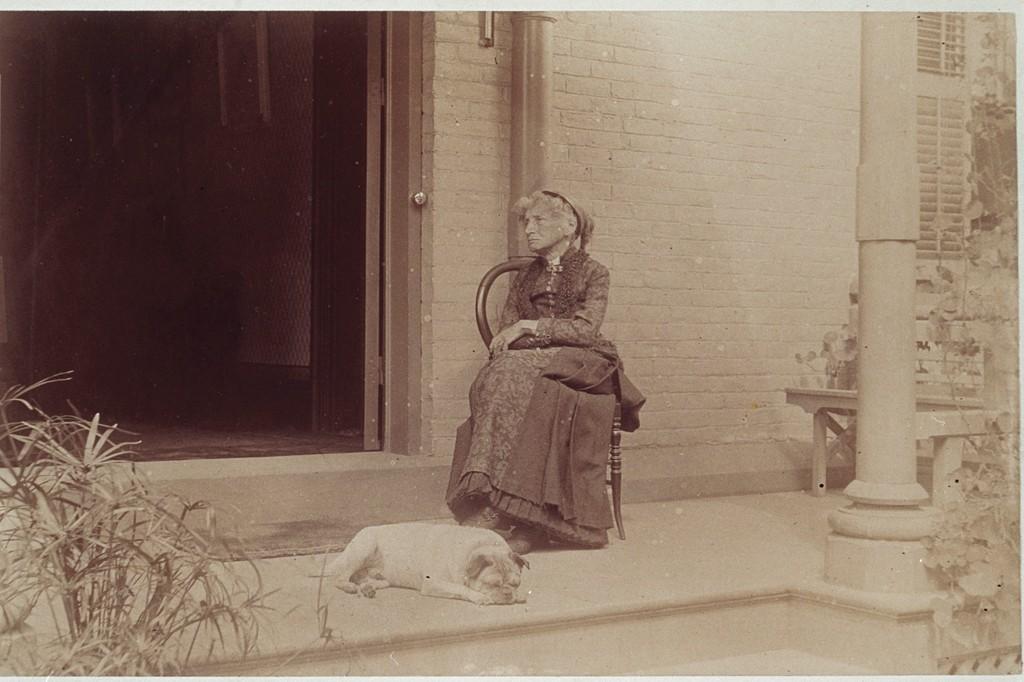 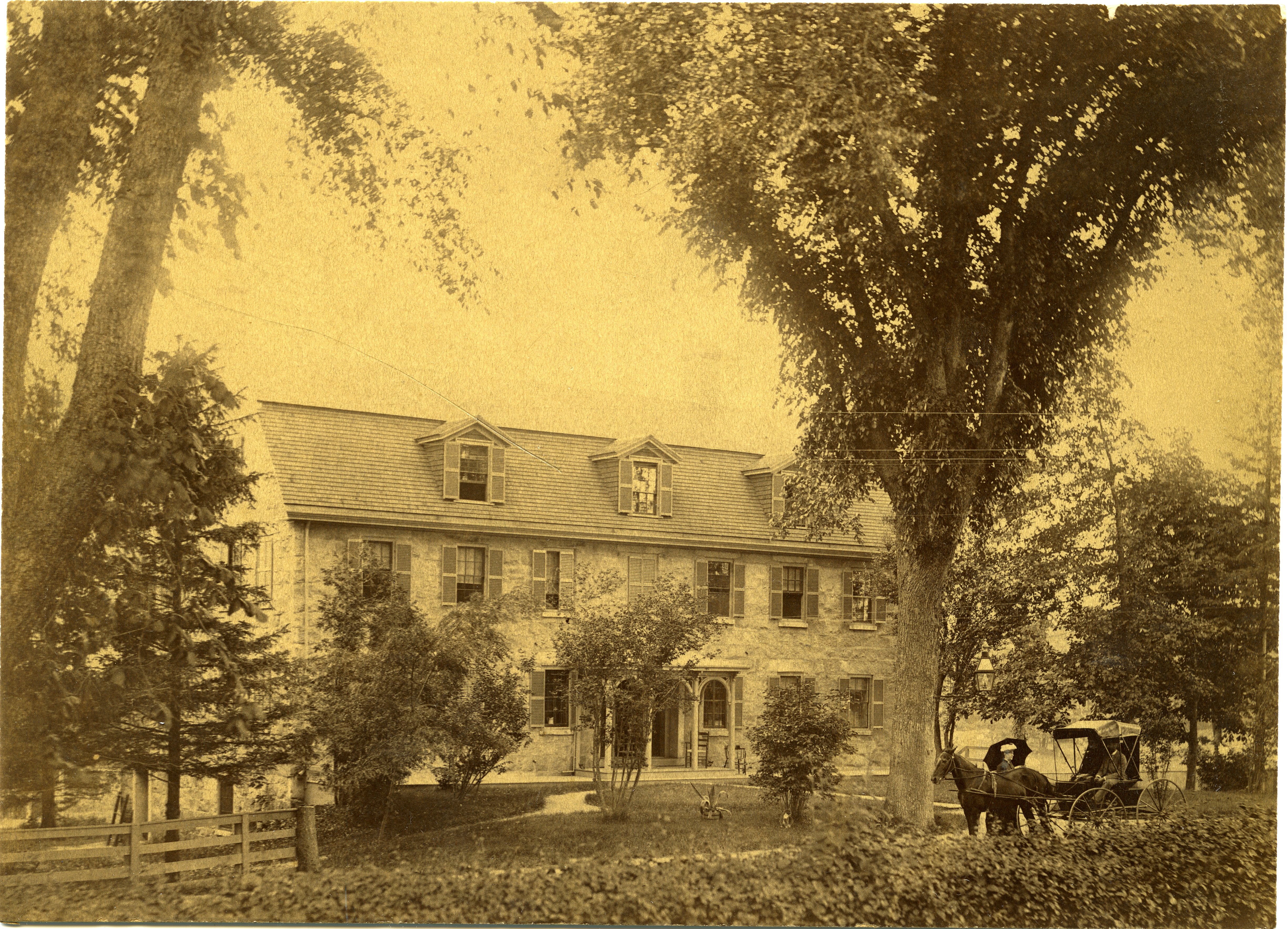 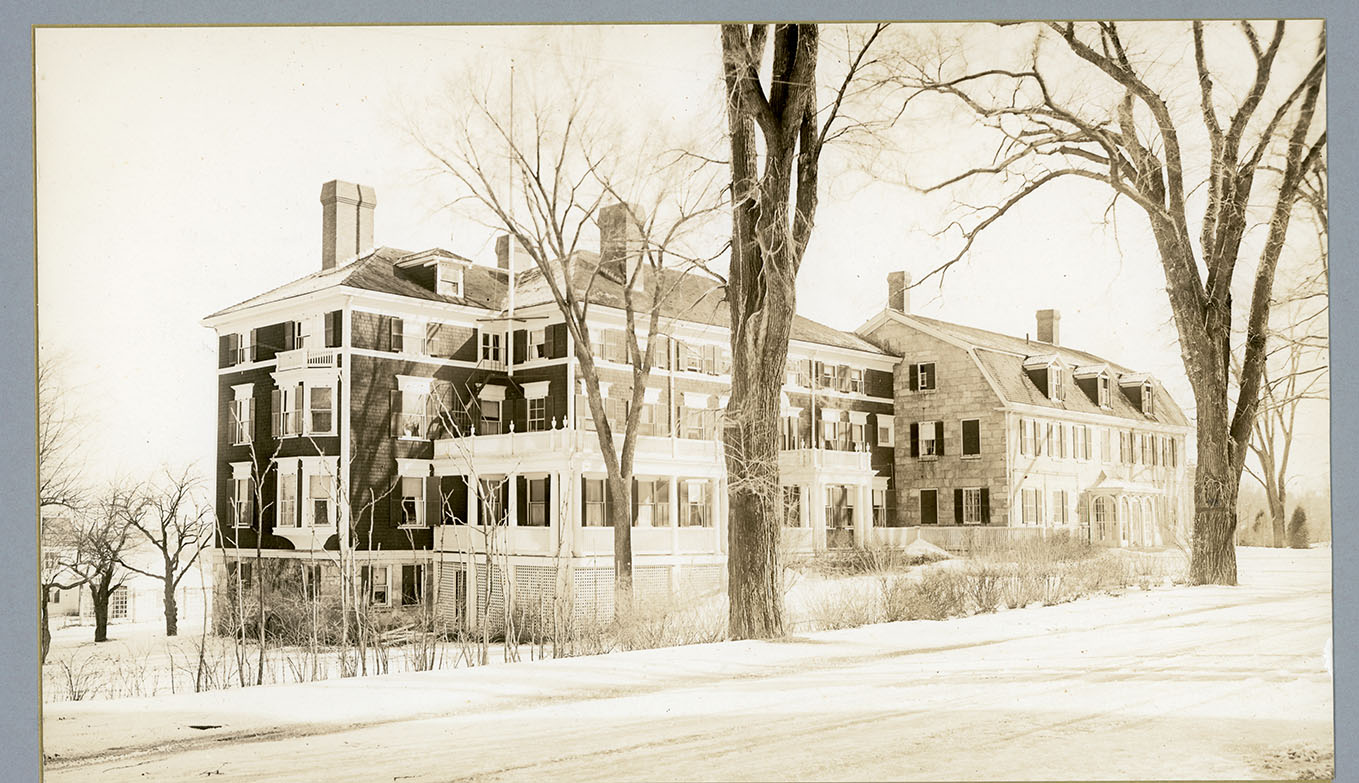 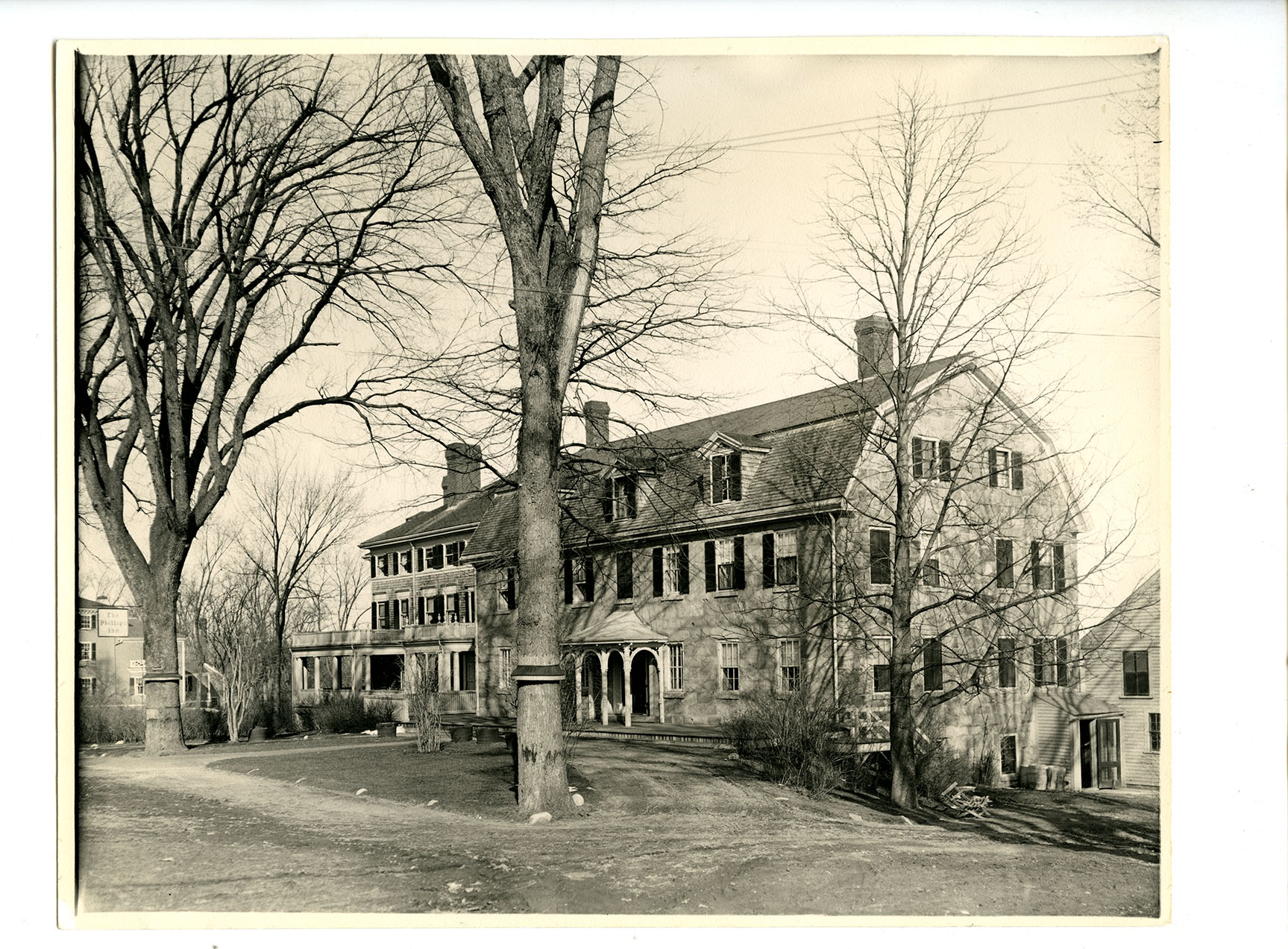 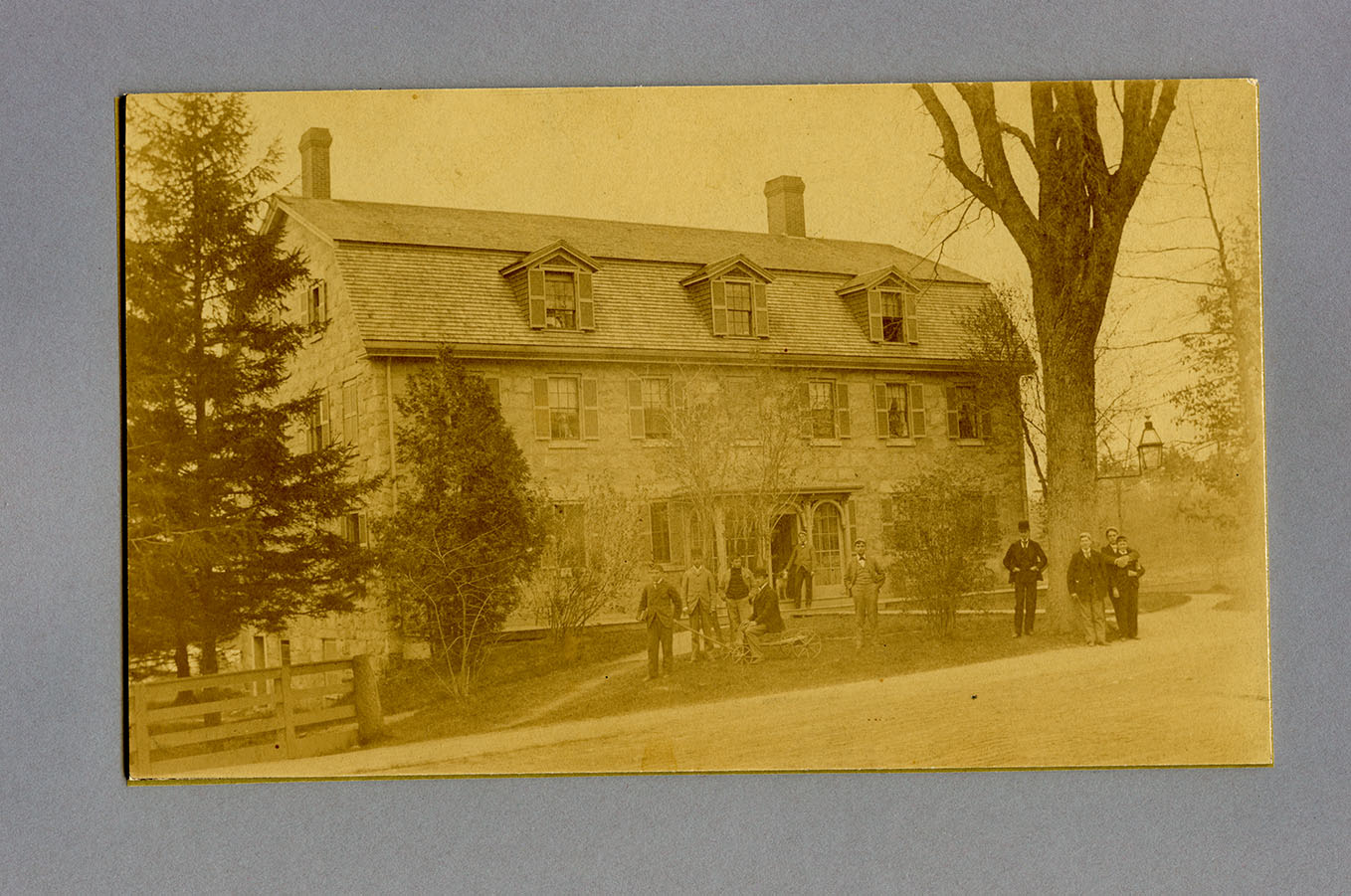 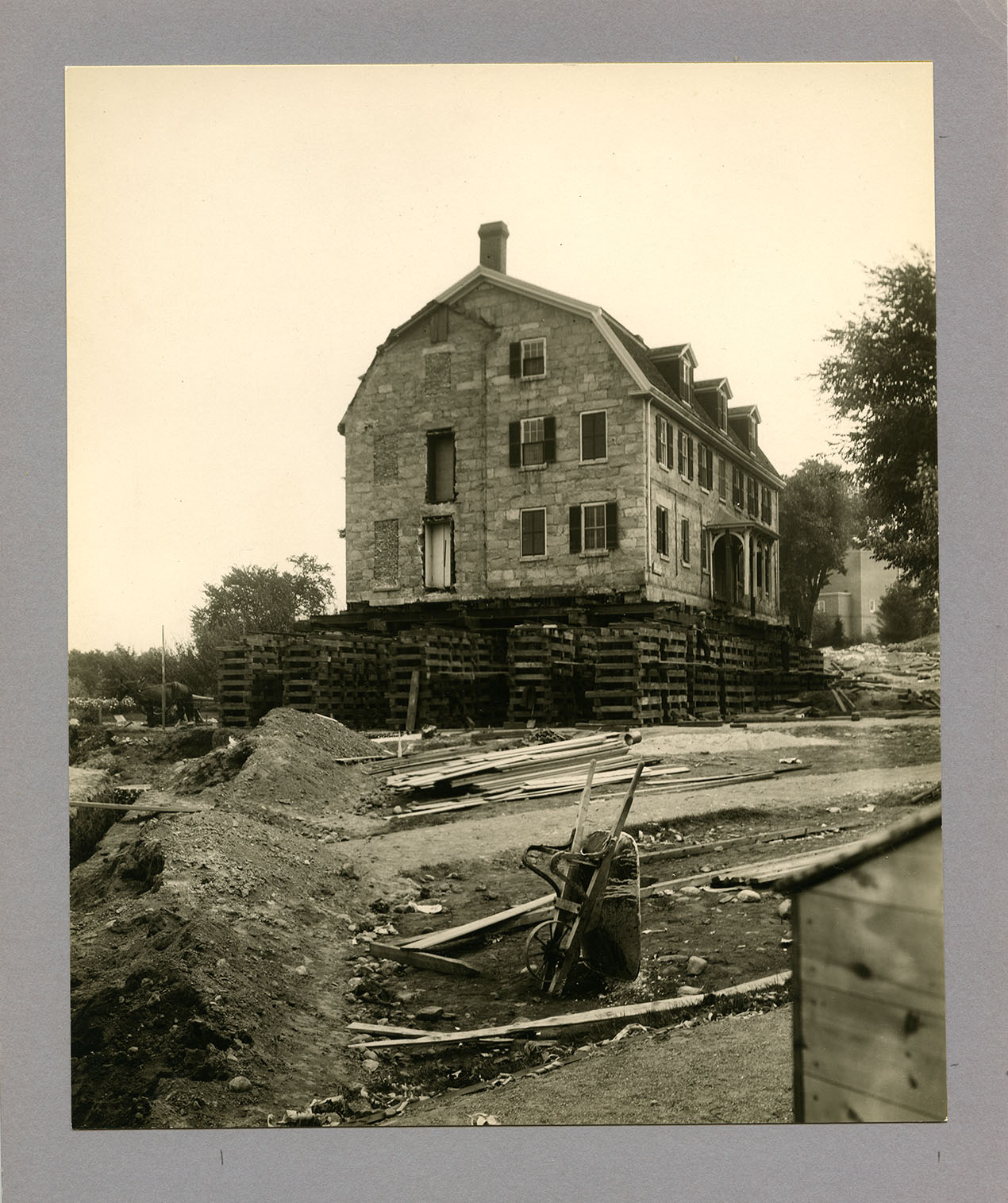 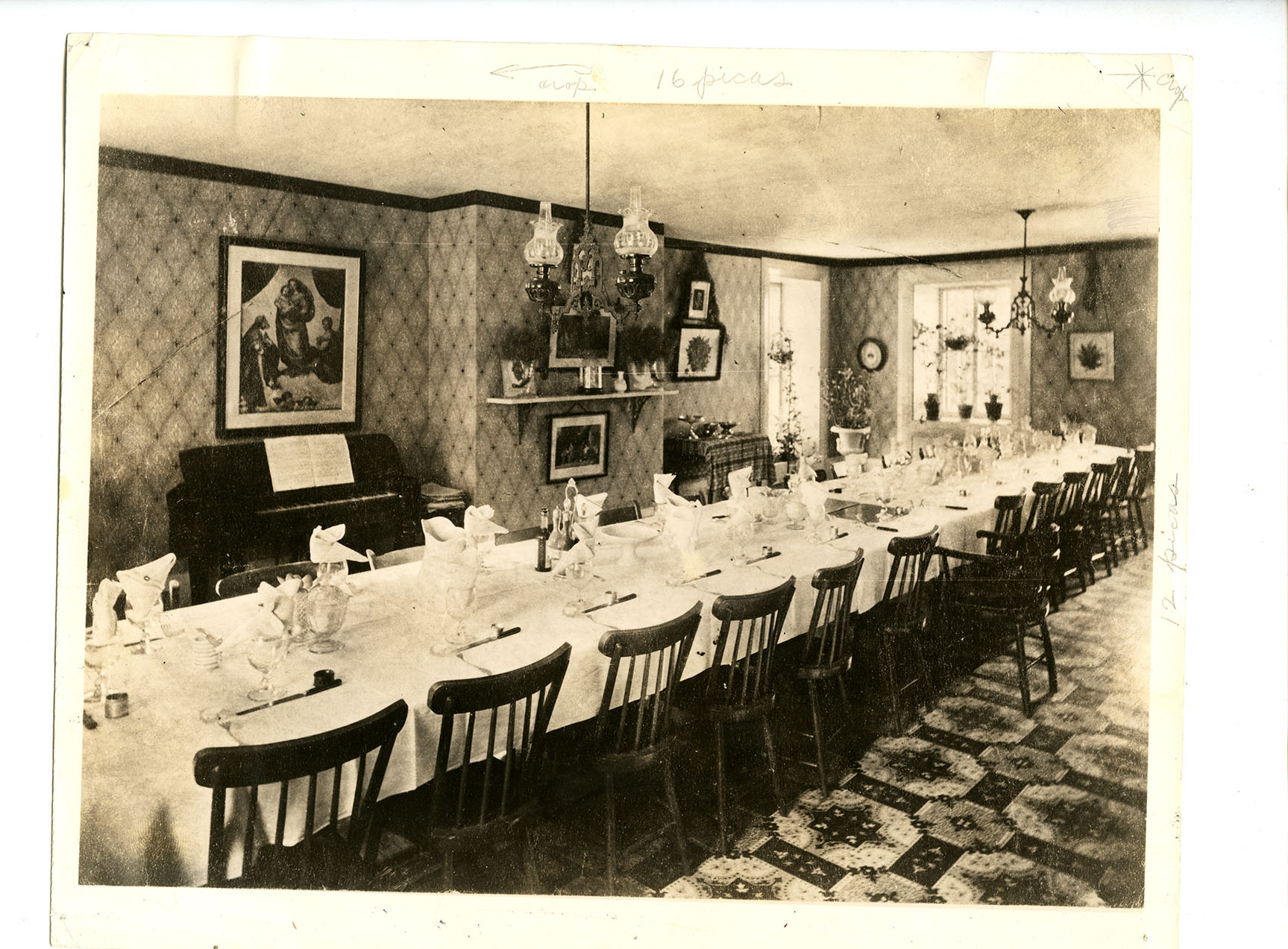 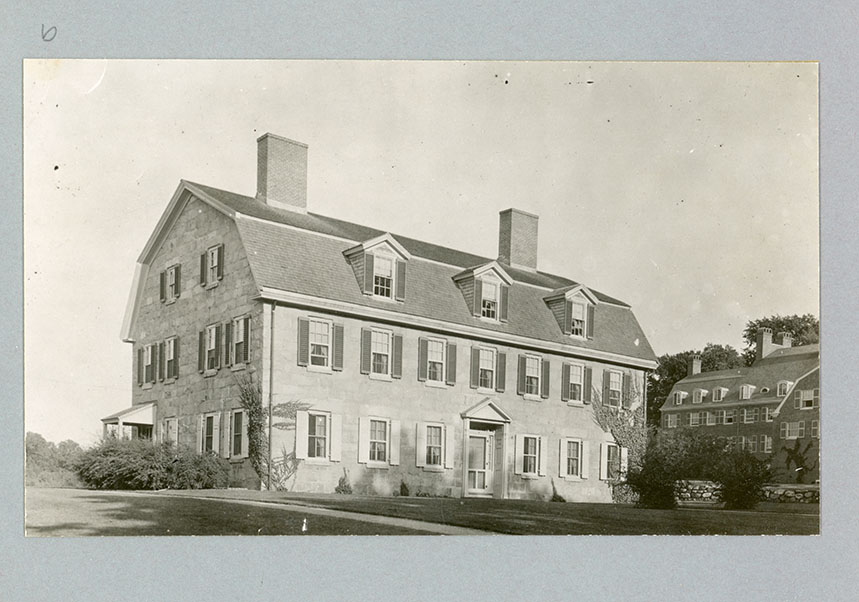 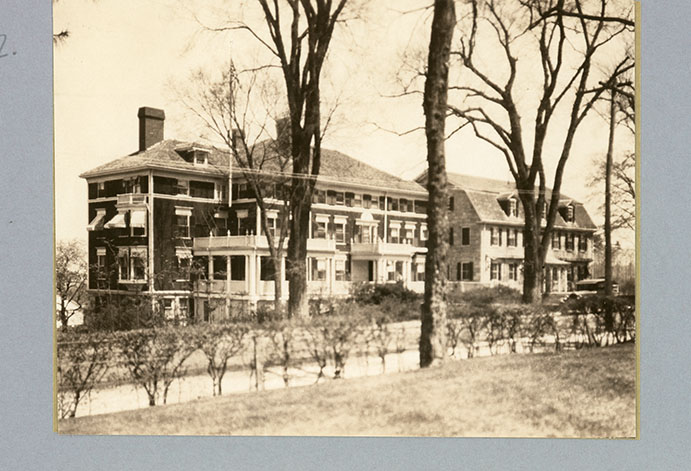 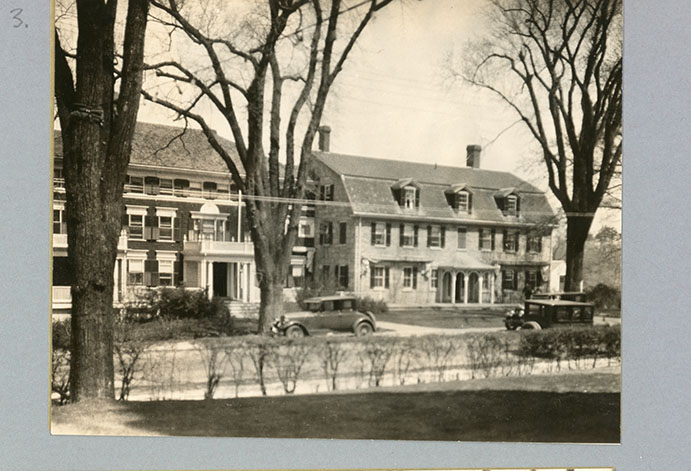 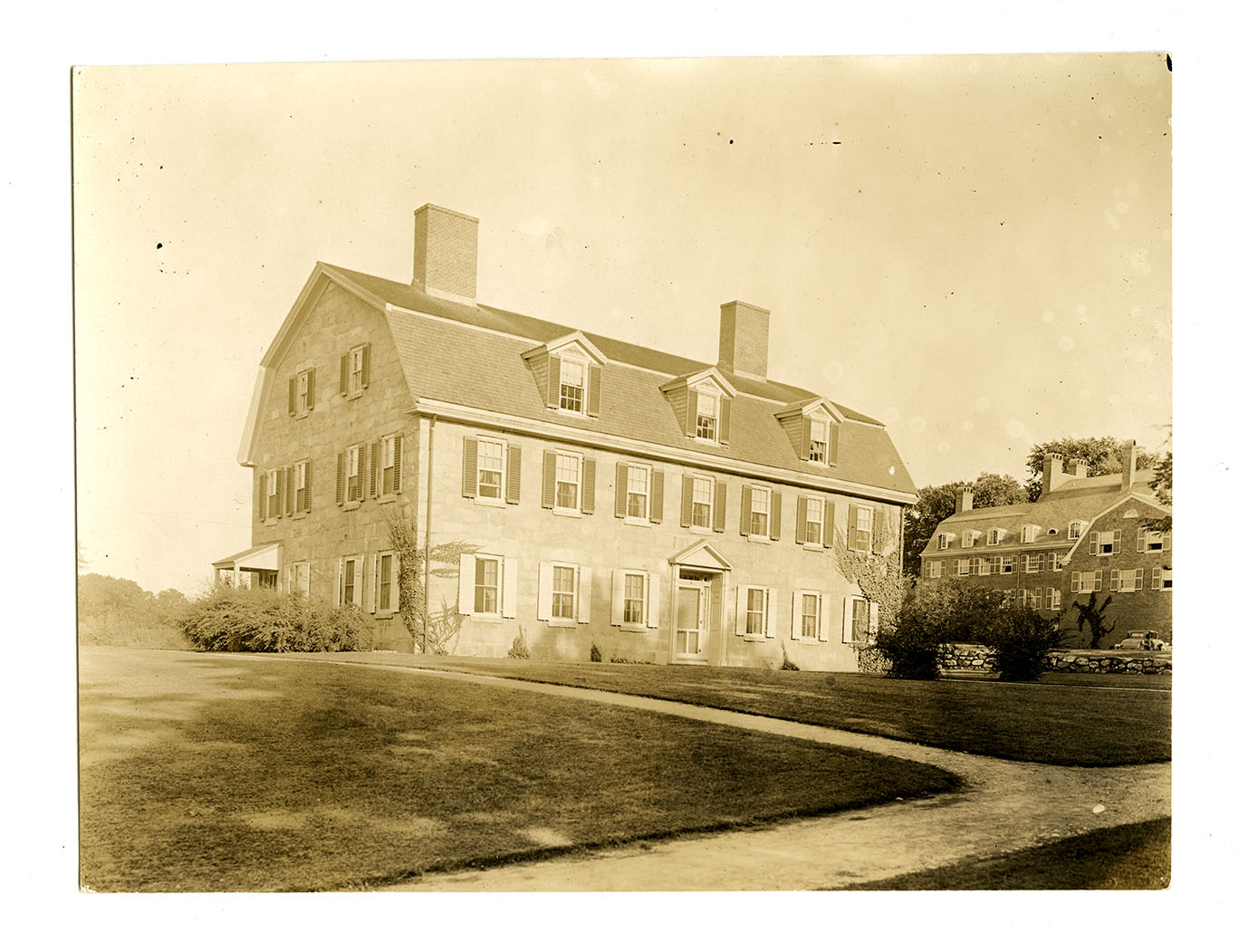 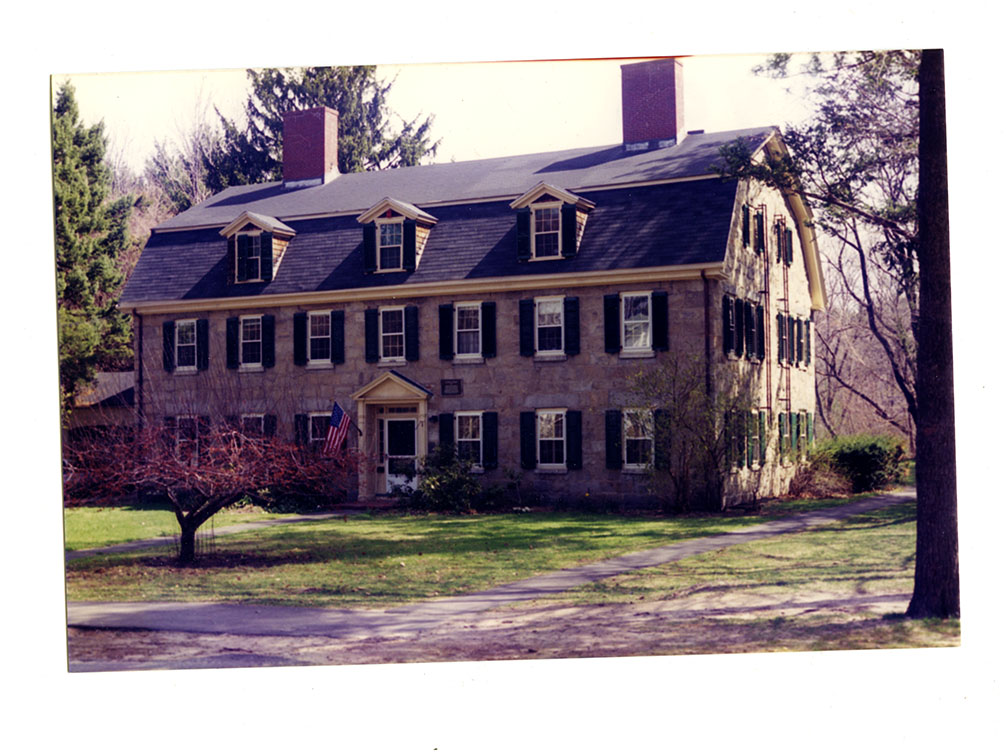 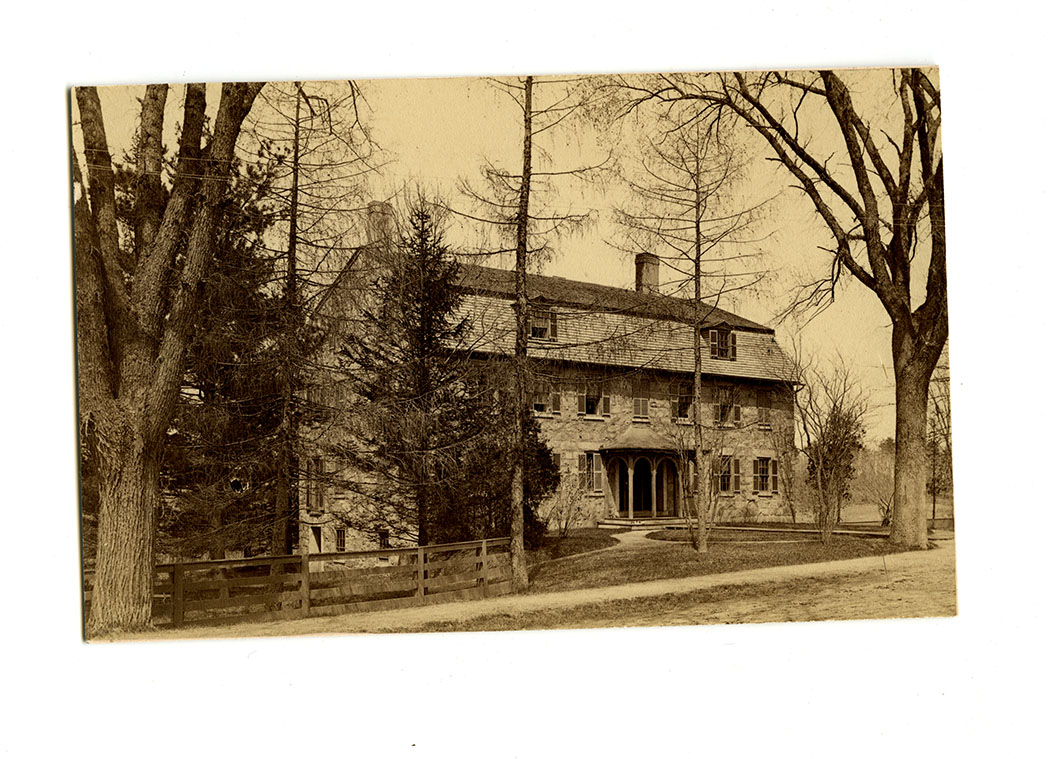 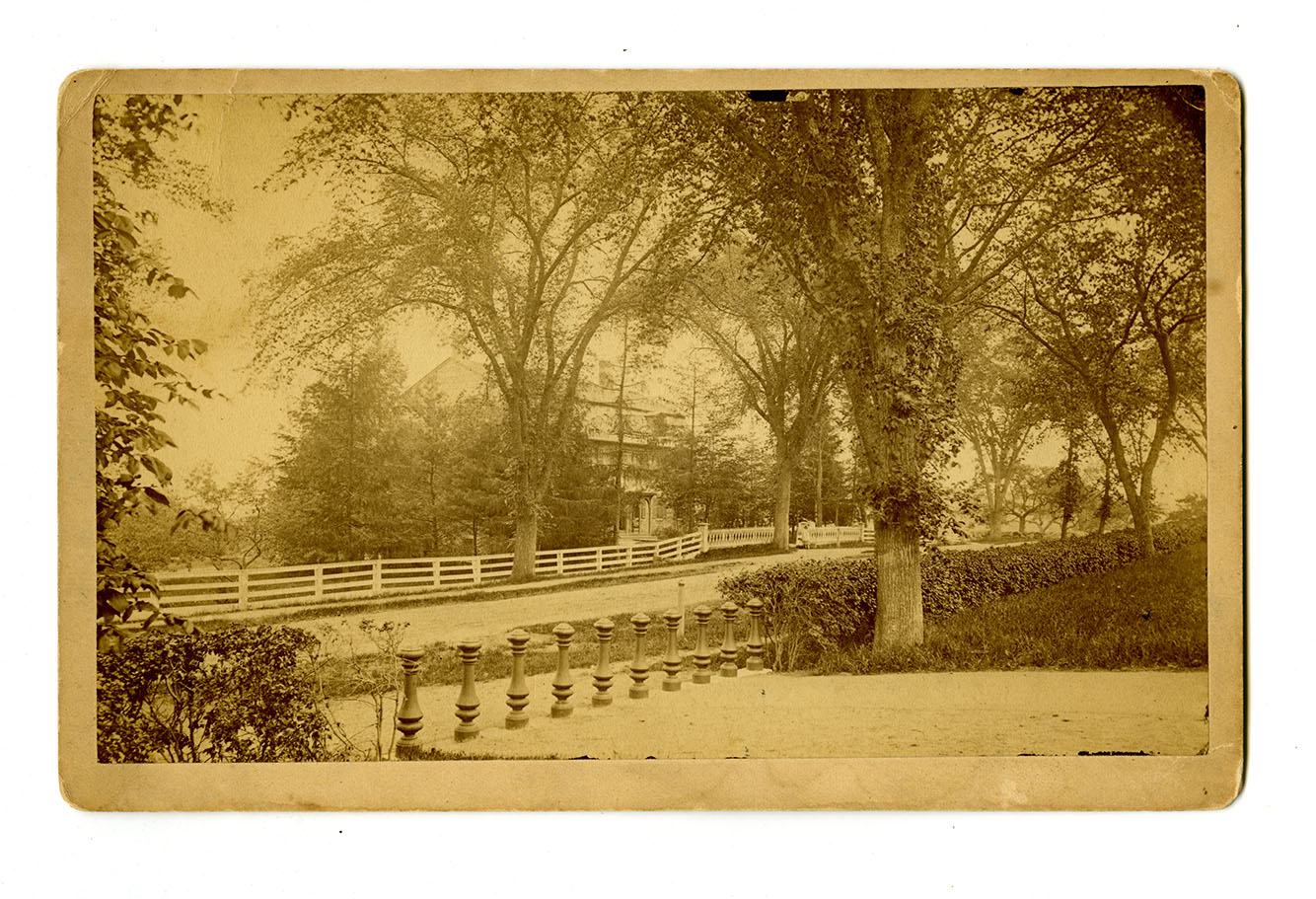 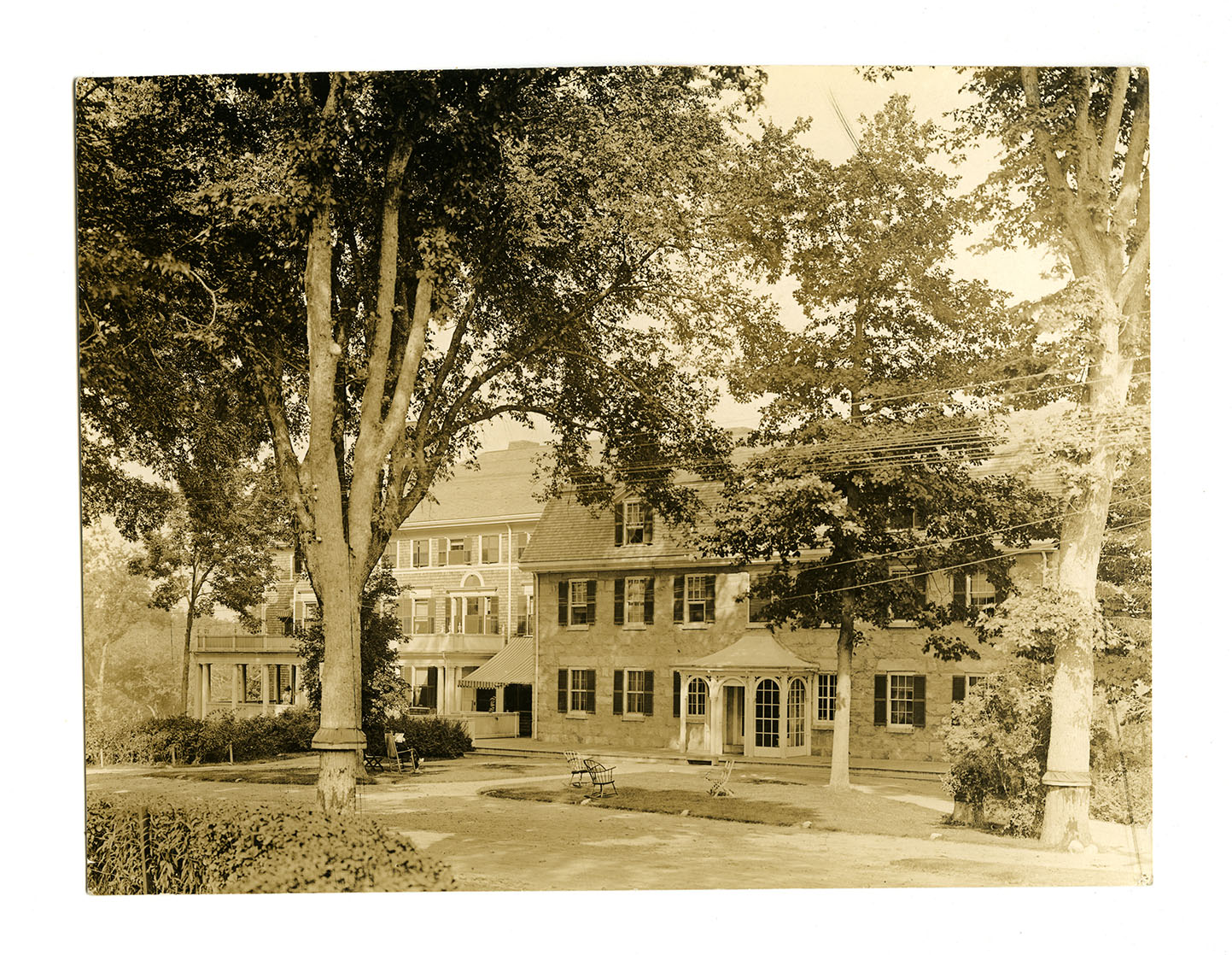 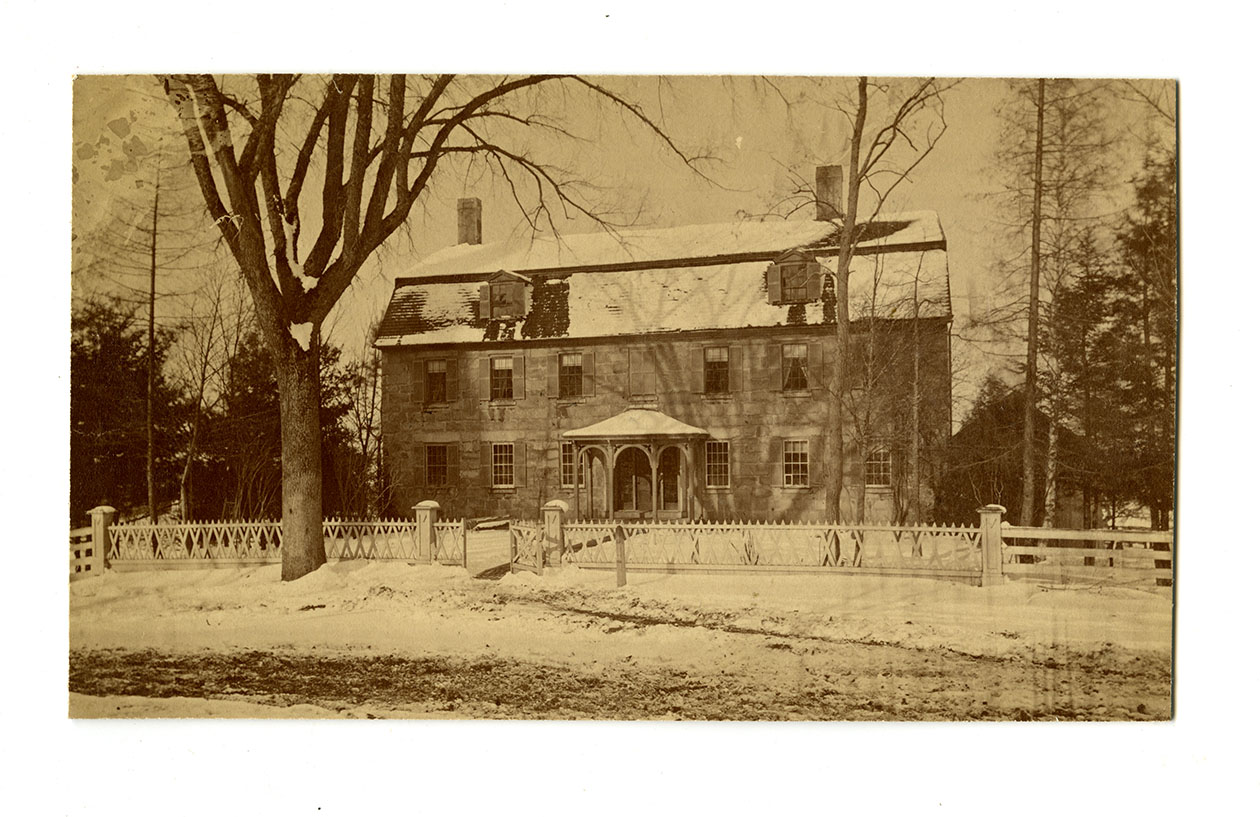 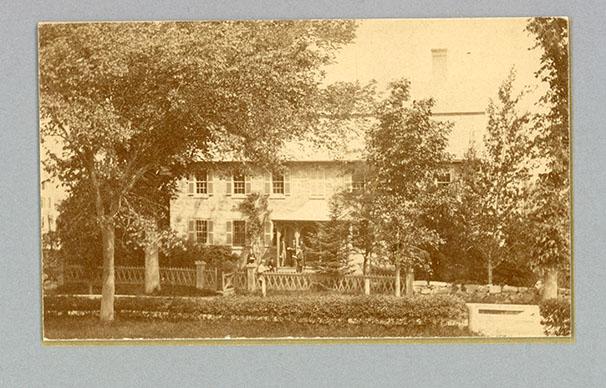 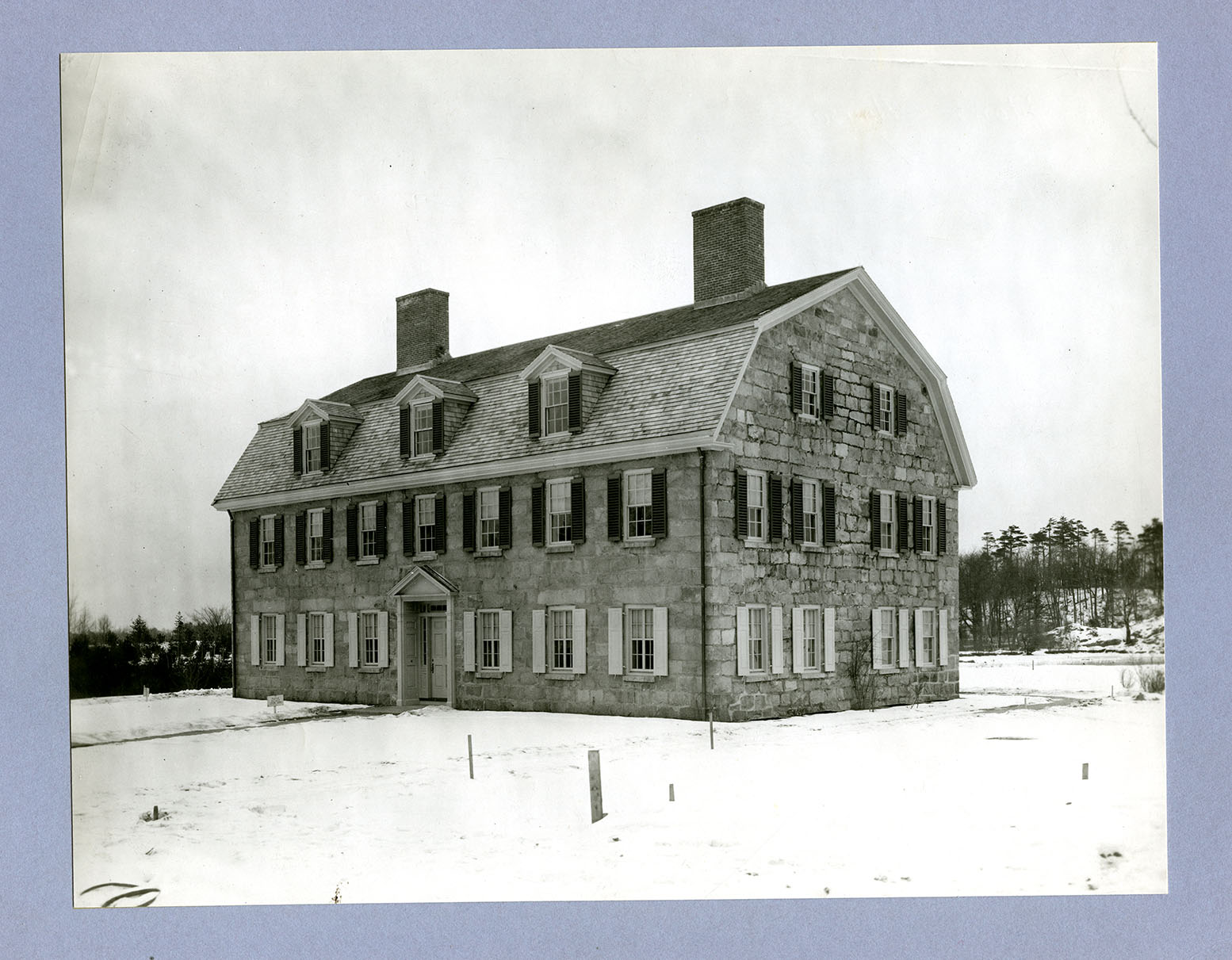 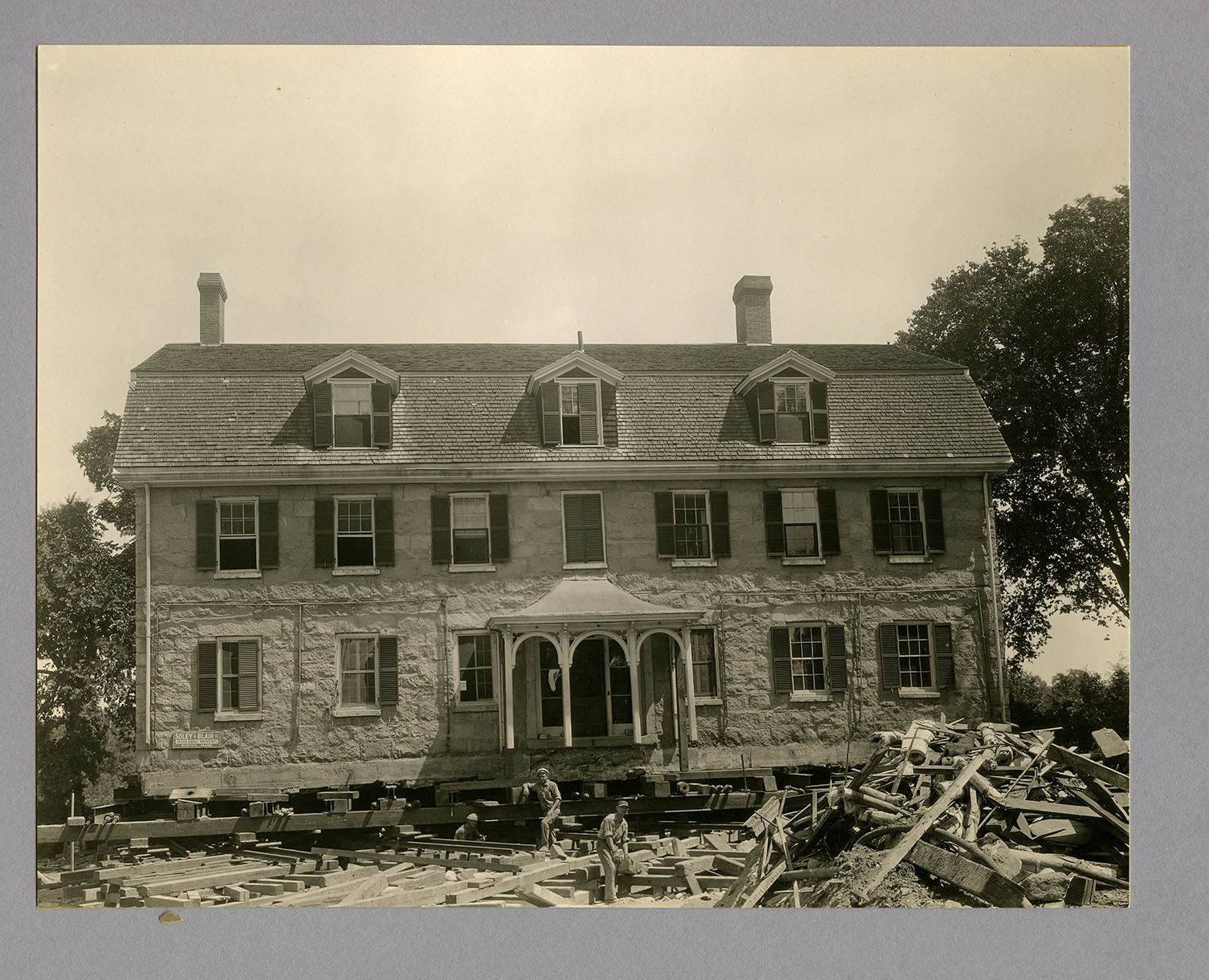 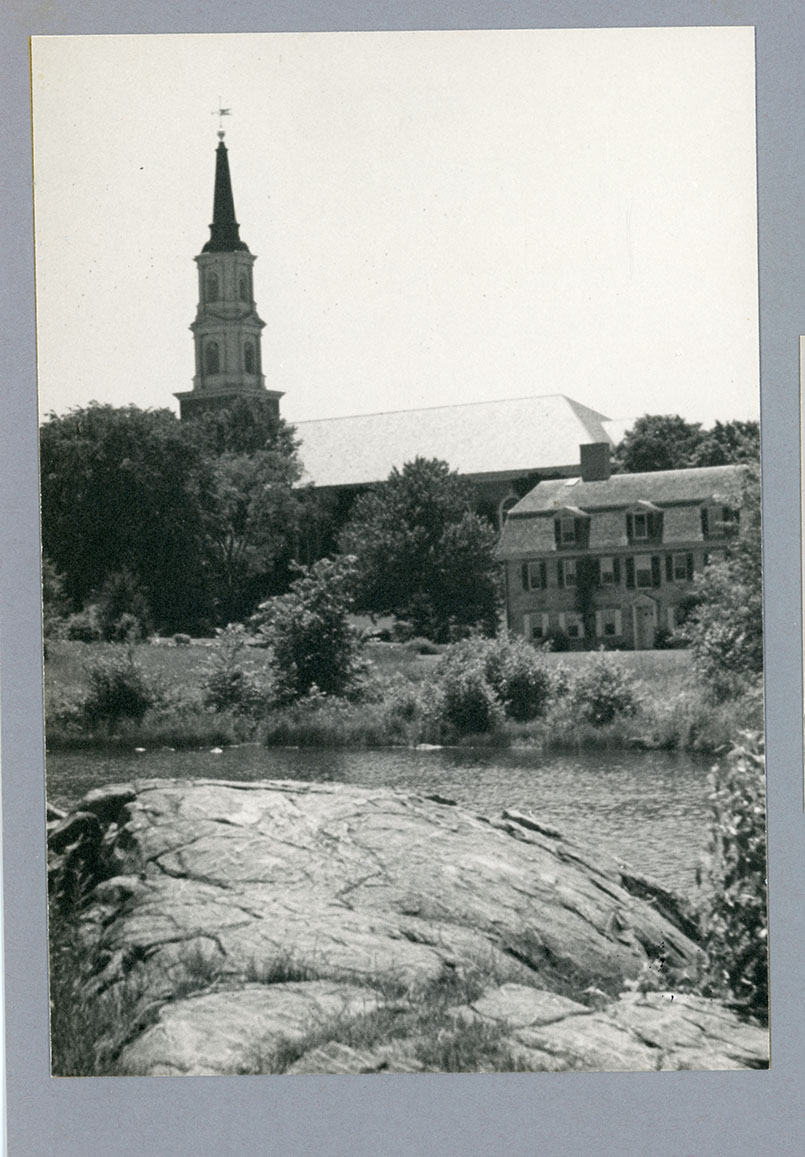 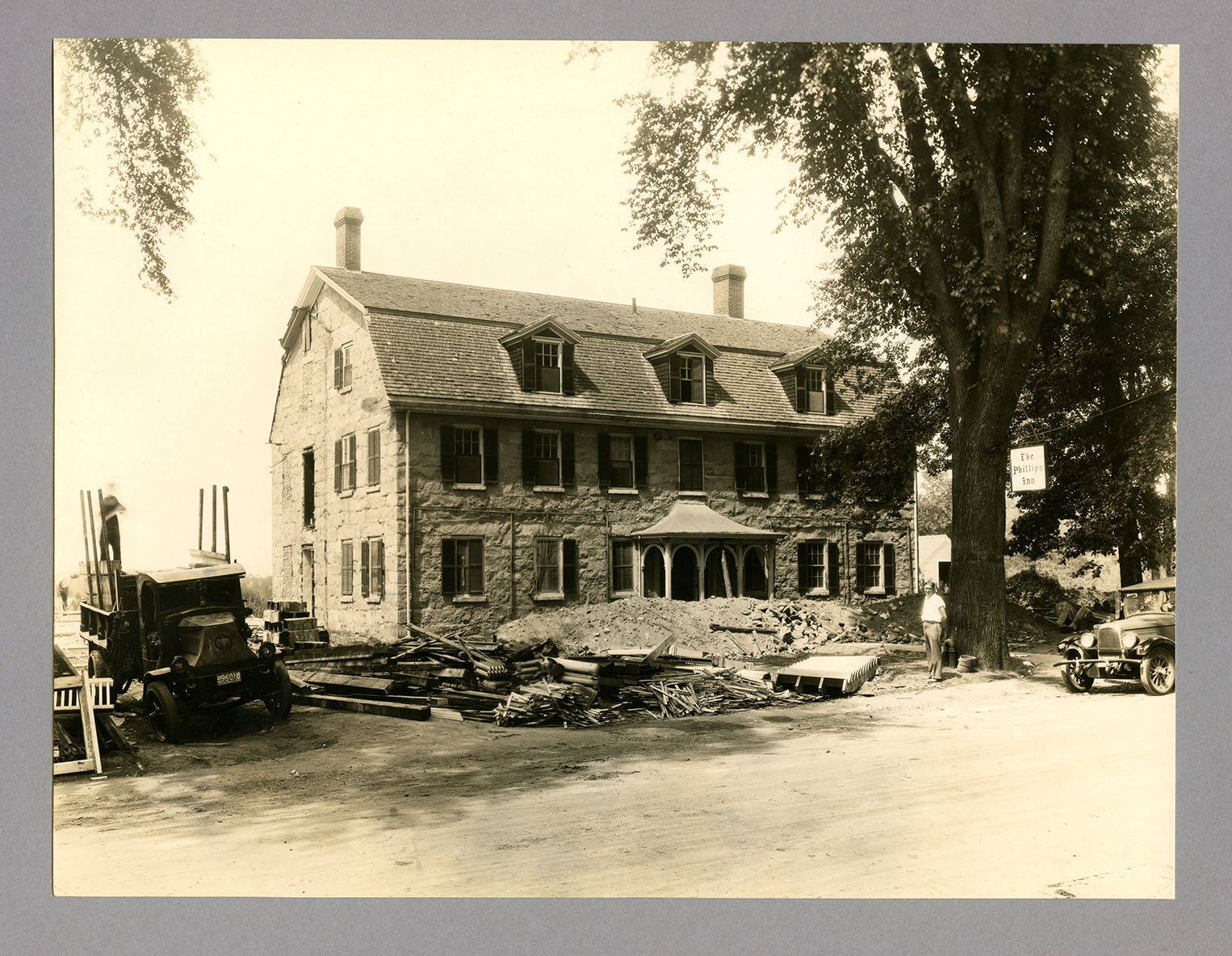 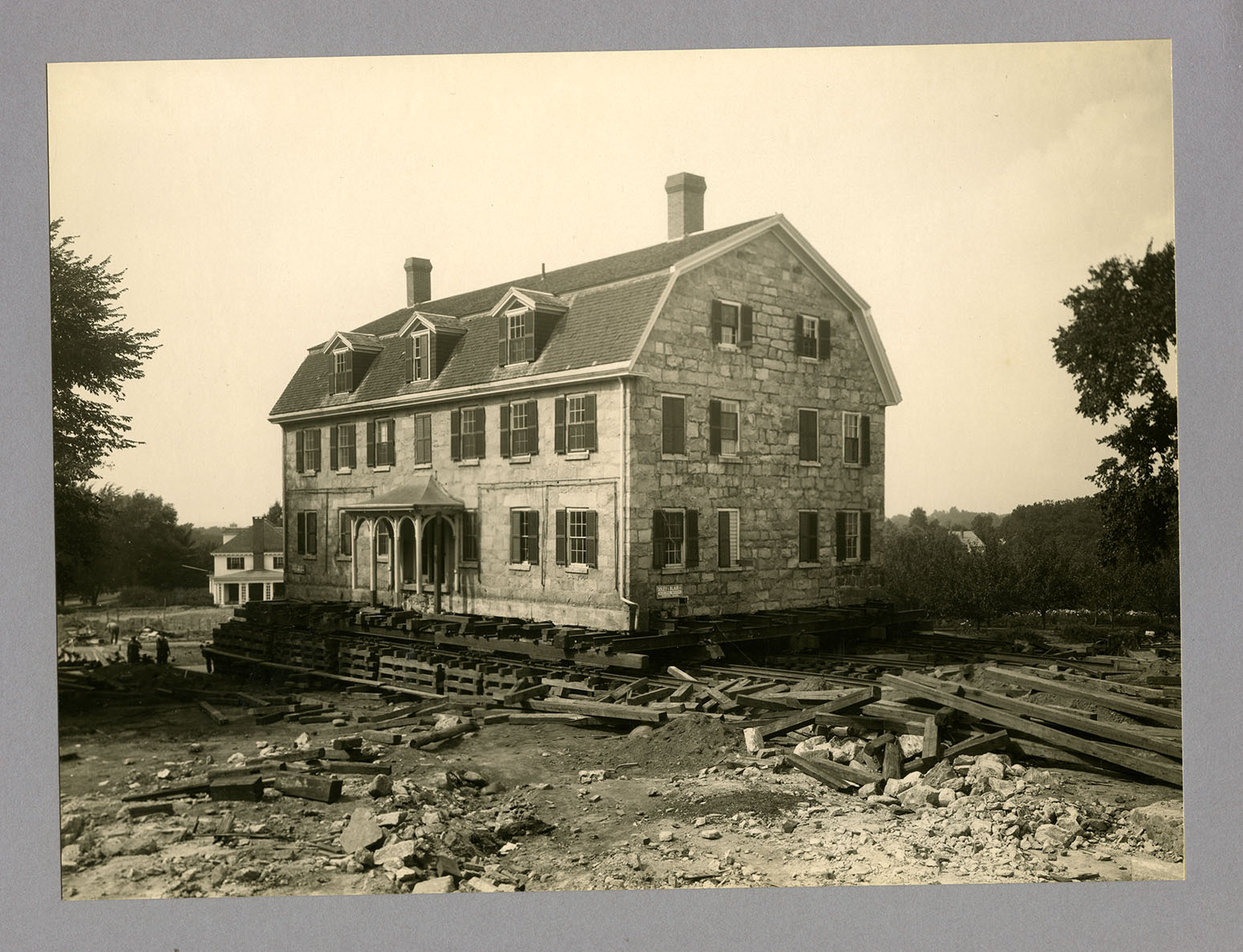 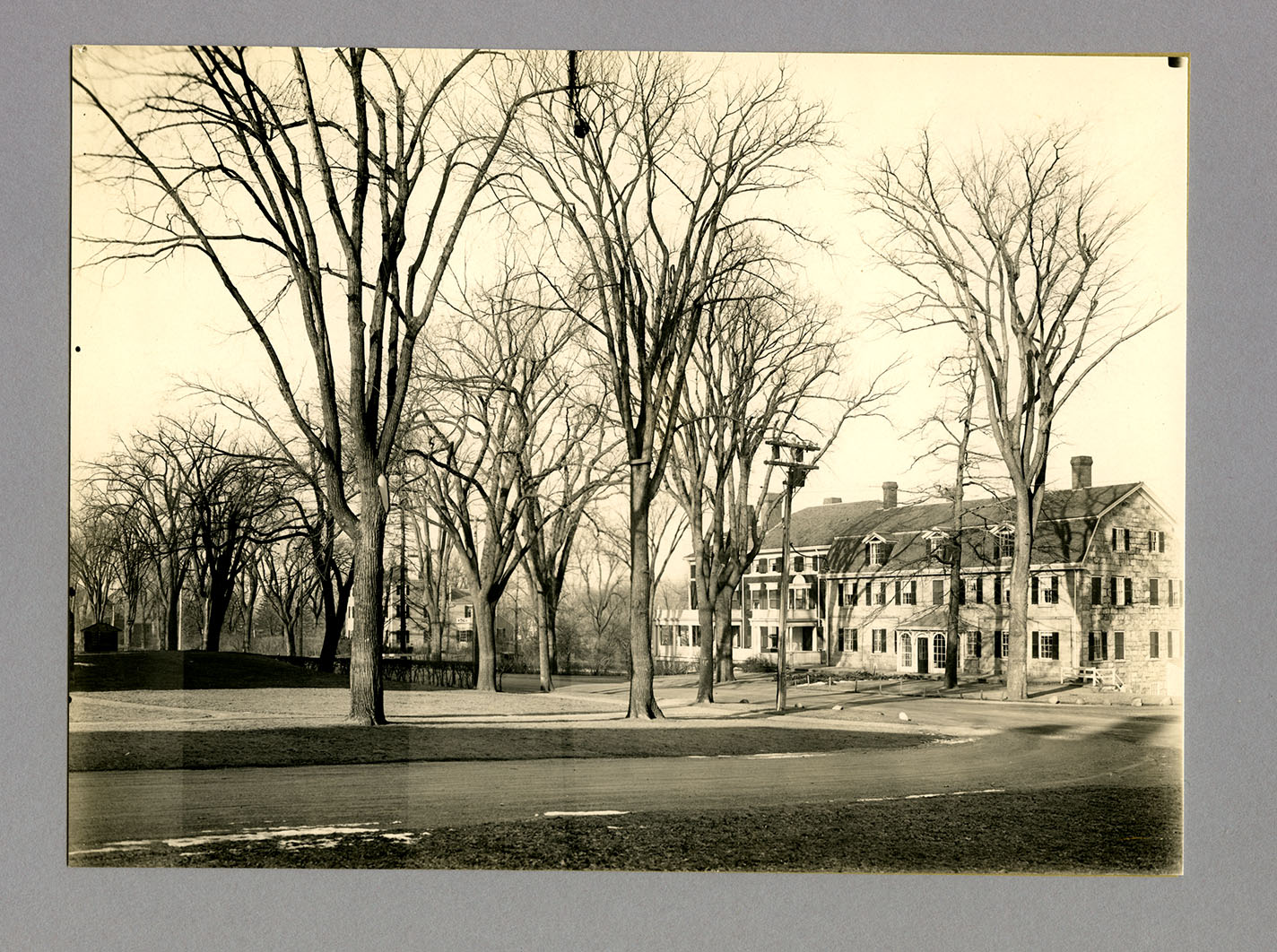 Andover Theological Seminary erected a building known as the stone workshop, complete with a gambrel roof, in 1828, on the present site of the Andover Inn. Seminary students practiced carpentry, making wheelbarrows, coffins, cradles, and other items for sale and using the money to pay for tuition. Later, Phillips Academy and Seminary students utilized the house as a gymnasium.

In June 1852, writer Harriet Beecher Stowe relocated to Andover with her children and husband, Calvin E. Stowe, who accepted a faculty position at the Seminary. Mrs. Stowe requested that the house be remodeled, providing royalty checks from her legendary novel Uncle Tom’s Cabin to transform the “prison-looking walls” into a “beautiful country residence.” She had the long building be separated into rooms, added fireplaces, window seats, painted the walls, pointed the cement, and added an Italianate-style piazza at the entrance and fence. Harriet christened it "Stowe Cabin", at a cost of $2891.12, "transformed at an expense of some thousands of dollars into a beautiful country residency" where Mrs. Stowe lived for eleven years with her husband and six children. It was remembered as the liveliest house on the hill with its many parties and famous visitors.

Harriet Beecher married Calvin Stowe January 6, 1836. Calvin and Harriet had seven children: twins Eliza Tyler and Harriet Beecher born. Sept. 29, 1836, Henry Ellis b. Jan. 14, 1838 - d. 1857, Frederick William b. May 6, 1840, Georgianna May b. May 25, 1843, Samuel Charles b. Jan. 1848 d. July 22, 1849, and Charles Edward b. July 8, 1850. Sadly their son Henry Ellis drowned in the Connecticut River while a student at Dartmouth College in 1857. He was interred in the Chapel Cemetery within view of the Stowe's house. Son Frederick W. "enlisted during the Civil War as a Private in Co. A. 1st Massachusetts Volunteers. He rose to Captain and was wounded at the battle of Gettysburg on July 11, 1863, from which he never fully recovered. After a sea voyage around the Horn to San Francisco, he disappeared, and the date of his death is unknown." Both Calvin and Harriet B. Stowe are interred with son Henry here in Andover.

After the Stowes left campus in 1864, the building was as a dormitory until a fire damaged it in 1887 when it was renovated for public use as an inn. In May1888, innkeeper Charles L. Carter unveiled the building as Uncle Tom’s Cabin, but the trustees named it Mansion House in October of the same year, and it was re-named the Phillips Inn in 1908.

Stowe House’s final modification went into effect as a location change. In 1929, Phillips Academy moved the house from its original site to its present location at 80 Bartlet Street. Now, Andover students currently live in the building’s dormitory facilities.