The Orlando Public Library located in downtown Orlando, Florida, is the headquarters of the Orange Country Library System (O.C.L.S). Originally known as the Albertson Public Library, it was established in 1923. In 1966, construction began on the site of the former Albertson building for an expanded facility. The 290,000 square foot library occupies an entire city block and is one of the largest public library buildings in Florida. 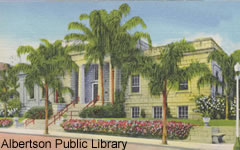 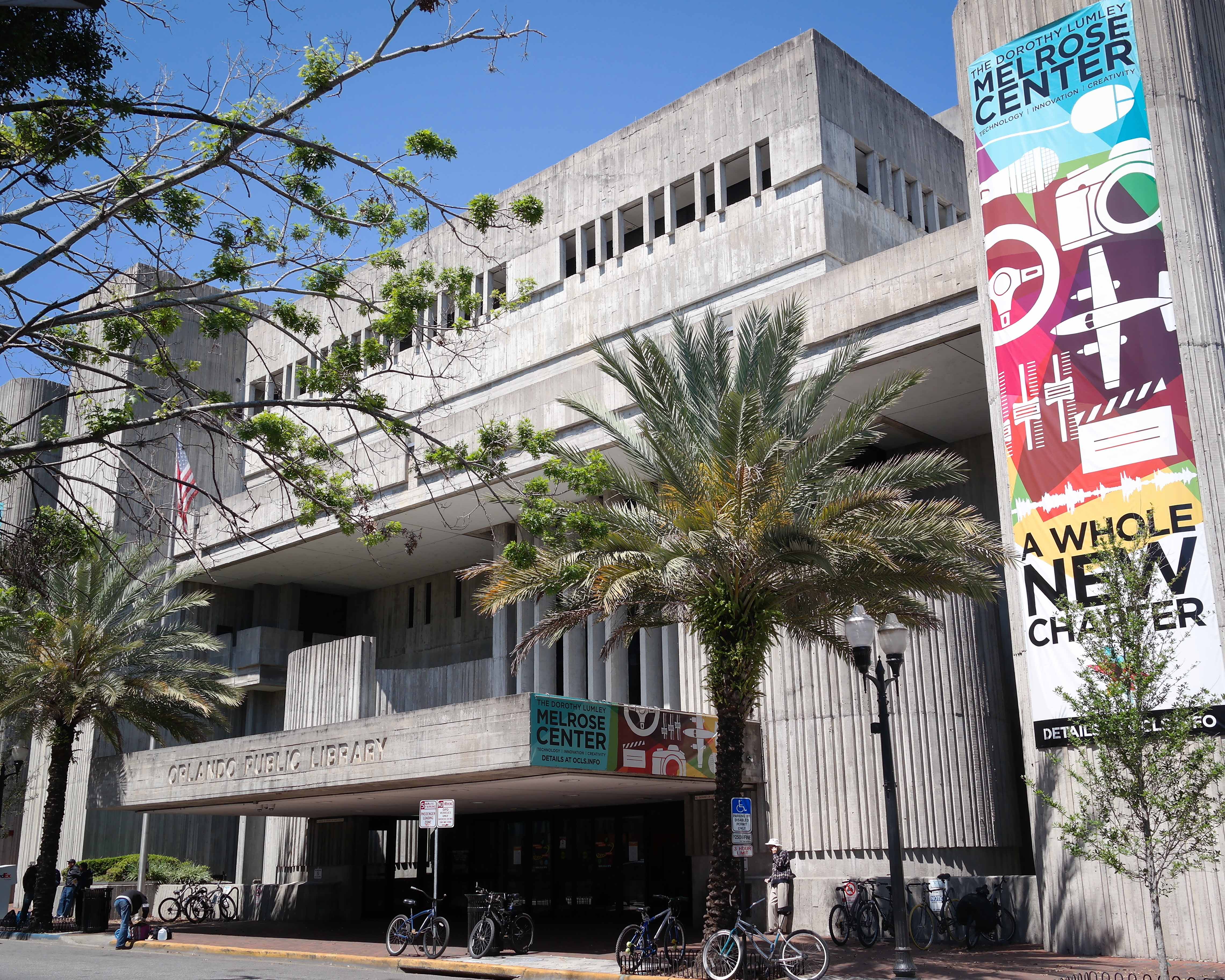 The Orlando County Library System (OCLS) is a network of 16 public libraries in Orlando, Florida. The Orlando Public Library is the main building and is located on the site of a previous library building, the Albertson Library.

Prior to the Albertson Library, the Sorosis Club of Orlando maintained a circulating library for its members, originally located on the second floor of the Old Armory Building on Court Street, and later at the Knox building at the intersection of Pine and Court Street. On May 11, 1920, Orlando residents voted in favor of a public library. Captain Charles L. Albertson, a retired Police Inspector from New York City and "snowbird," donated his extensive book collection to the City of Orlando, with the condition that the Albertson Library must be constructed to house it. Albertson would serve as the Advisory Superintendent.

In 1962, Orlando citizens voted in favor of a new, larger facility. The city acquired properties adjacent to the library, and construction of the current structure began in 1966. The collection was temporarily housed at 905 North Orange Avenue during the demolition of the Albertson building and the construction of the new library. Designed by John M. Johansen, The Orlando Public Library was dedicated on August 7, 1966. Johansen called his design a "composition in monolithic concrete."1

In 1985, the building was closed for renovation, and for the purpose of expanding the library. Architect Duane StarkIt was charged with designing an expansion that would blend in with the original design. The Orlando Public Library was reopened the following year. Made from 19,000 cubic yards of concrete, the building is 290,000-square-feet and occupies an entire city block.