This community park on the south bank of the Patuxent River was once the site of the Avondale Mill, a large textile mill constructed in 1844-1845. It produced cotton fabric, running 1500 spindles. A decade after the stone structure was built, it became a gristmill, and in subsequent decades produced both lace and tractors. The mill was significant in a region known more for its agriculture than its industry, and was the longest-surviving nineteenth-century mill in Laurel. The National Register of Historic Places recognized the building in 1979. A fire destroyed the mill in December 1991, after which the ruins were demolished to create a park.

Avondale Mill in June 1978 by Elizabeth Compton, courtesy of Maryland Historic Trust (reproduced under Fair Use) 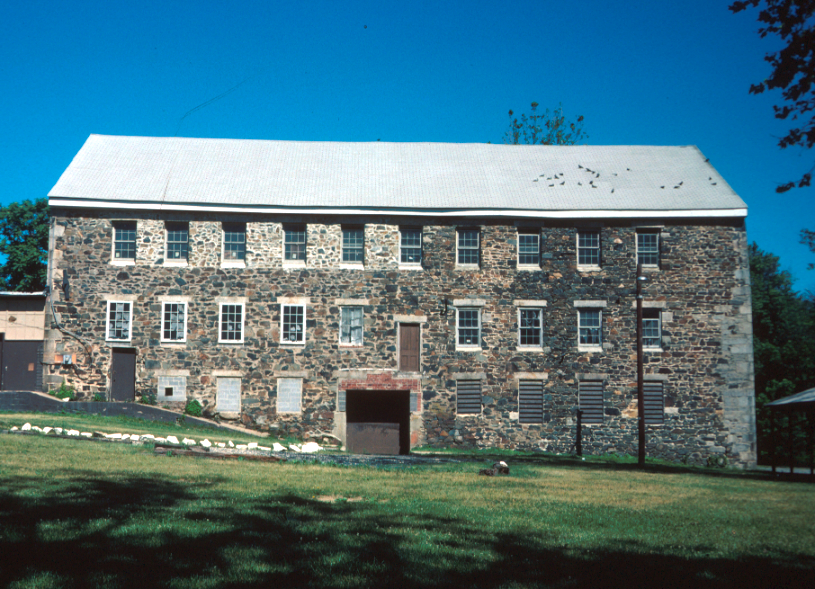 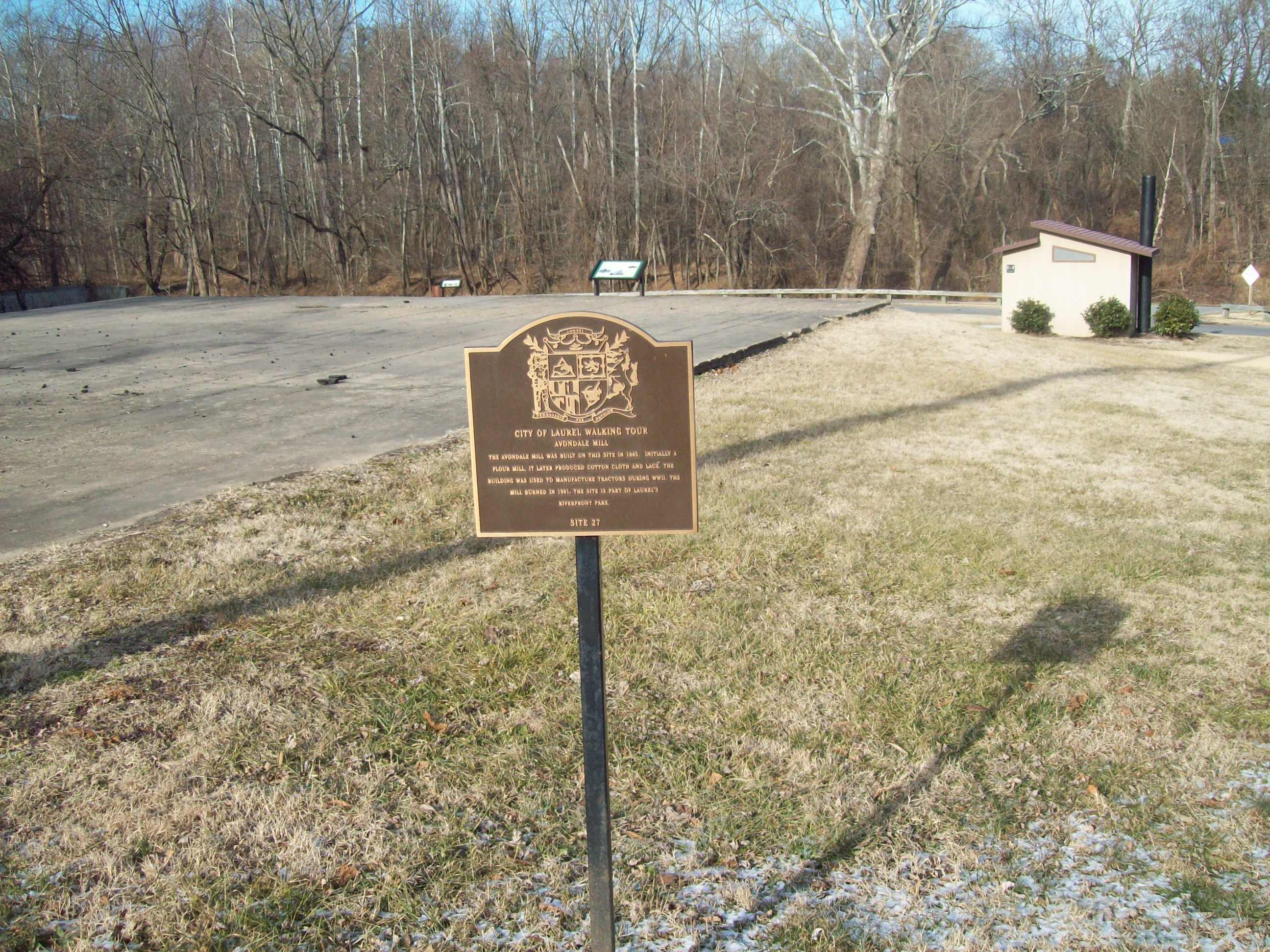 Horace Capron (1804-1885) built the mill in the mid-1840s as superintendent of the Patuxent Manufacturing Company, chartered in 1835. This company also built the Patuxent Factory. The three-story uncoursed rubble stone structure had granite quoins at its corners. On the south side was a gable and the original entrance to the mill. It was ten bays long and three bays wide with a gable roof. The dam for the mill was upriver, to the northwest, near what is now Post Office Avenue.

According to the mill's nomination form, at its opening the mill had 1500 spindles for manufacturing cotton cloth and that it was later converted into a gristmill. The historical marker now at the site conversely claims that it was a gristmill first, then later produced cotton and lace. It seems that the mill returned to making cotton and lace in the 1910s after a period as a gristmill; the goods manufactured at the mill changed every few decades.

Avondale was a nearby home inhabited by the Snowden family, which owned many mills and a significant amount of land in Laurel. Horace Capron was married to Louisa Snowden. The Avondale house became Avondale Military Grammar School.

Property maps of Laurel show that in 1861 and 1878 George Wheeler owned the Avondale Mill property. By 1894, Benjamin F. Crabbs (1836-1906) was the owner and proprieter of the mill, leading to the other name for the building, Crabbs Mill. From 1915 to 1917 the Southern Embroidery Company produced lace at the mill as well chevrons for non-commissioned World War I officers.

In the 1930s, the mill structure grew with steel-framed additions on the south and west sides. These additions did not alter the original stone structure. During World War II, the mill became a factory producing tractors.

In 1961, the city of Laurel purchased the mill and its property. Structural problems led to the city ceasing the use of the building for indoor programs. The National Register of Historic Places recognized the building in 1979 after a group of citizens called the Laurel Horizon Society nominated it. On December 19, 1991, a fire destroyed the mill structure. The city razed the structure and created Riverfront Park on the site.