The Boundary Markers of the Original District of Columbia mark the four lines which form the boundaries between Maryland and Virginia, and the 100 square miles of federal territory that became Washington, D.C. The markers were placed by a survey team led by Major Andrew Ellicott between 1791 and 1792. Thirty-six of the original marker stones are still extant and are the oldest federally-placed monuments in the country. The North Corner Boundary Marker marks the furthest north point of the District of Columbia.

North Corner Boundary Marker of the Original District of Columbia. Image by zhurnaly (Mark Zimmerman) on Flickr/Wikimedia Commons (CC BY 2.0) 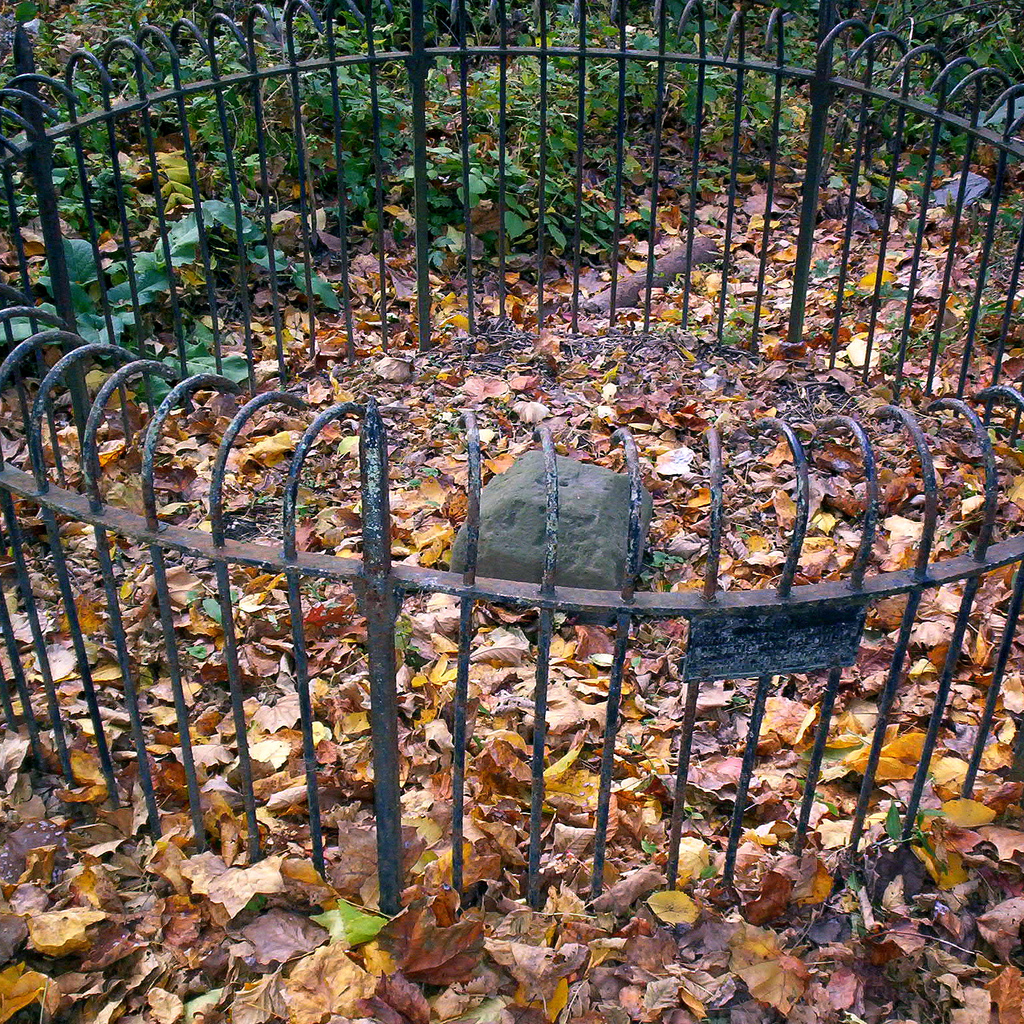 On July 16, 1790 (amended March 3, 1791), the Residence Act granted President George Washington authorization to choose a 100-square-mile plot of land to serve as the nation's capitol. It was to be located on the Potomac River, between the cities of Alexandria, Virginia and Williamsport, Maryland. Washington selected the southernmost location, which encompassed what is now Old Town Alexandria and a busy port.

Once Washington has chosen the site, Secretary of State Thomas Jefferson instructed Major Andrew Ellicott, a prominent surveyor, to begin demarcating the 10-mile square of the city limits. Work on the project began February 11, 1791. Ellicott hired the Maryland astronomer and surveyor, Benjamin Banneker, to provide the astronomical observations and calculations needed to fix the south corner. The Masonic Lodge of Alexandria, Virginia commemorated the completion of the initial survey on April 15th by placing a small, ceremonial stone at the southernmost location.

The marker stones were quarried from Aquia Creek, Virginia and weighed approximately half a ton. The cornerstones were larger than the intermediate stones. Each of the markers are separated by about one-mile, with those placed more than a mile apart featuring an additional marking indicating the extra distance. On the side facing D.C. territory is the mile number and the inscription, "Jurisdiction of the United States." The opposite face features the name of the state the stone borders. The other sides state the magnetic variance of their location and the year the stone was set in place.

Thirty-six of the marker stones are still in situ, or close to their original location. Many of them are extremely weathered, as they were constructed from relatively soft sandstone. The North Corner Boundary Marker of the Original District of Columbia is still extant and marks the northernmost point of Washington, D.C. It lies on the 1880 block of East-West Highway (south side); between Washington, D.C. and Montgomery County, Maryland; and indicates the border between the two regions.

In 2011, the District of Columbia geographic information system (G.I.S.) program used Global Positioning and contemporary survey technology to validate the efforts of Ellicott's team. It found that the historical surveying effort had been conducted with a high level of accuracy. Owing to the historical significance of these markers, this stone was among those added to the National Register of Historic Places on November 1, 1996.

Once within the city limits of Washington, DC, Silver Spring is now a suburb of the nation's capital. It began as a railroad-centered small town, growing as a bedroom community for DC workers after World War II. This tour highlights a variety of buildings and places of historical significance. For a walking tour in downtown Silver Spring, start with site #7.