The Boundary Markers of the Original District of Columbia mark the four lines which form the boundaries between Maryland and Virginia, and the 100 square miles (259 km²) of federal territory that became Washington, D.C. Under the orders of Secretary of State Thomas Jefferson, a survey team led by Major Andrew Ellicott and supported by the astronomical calculations of free African-American Benjamin Banneker placed the stone markers between 1791 and 1792. Thirty-six of the original marker stones are still extant and are the oldest federally-placed monuments in the country. The South Cornerstone is located at Jones Point and was the first stone to be set in place. 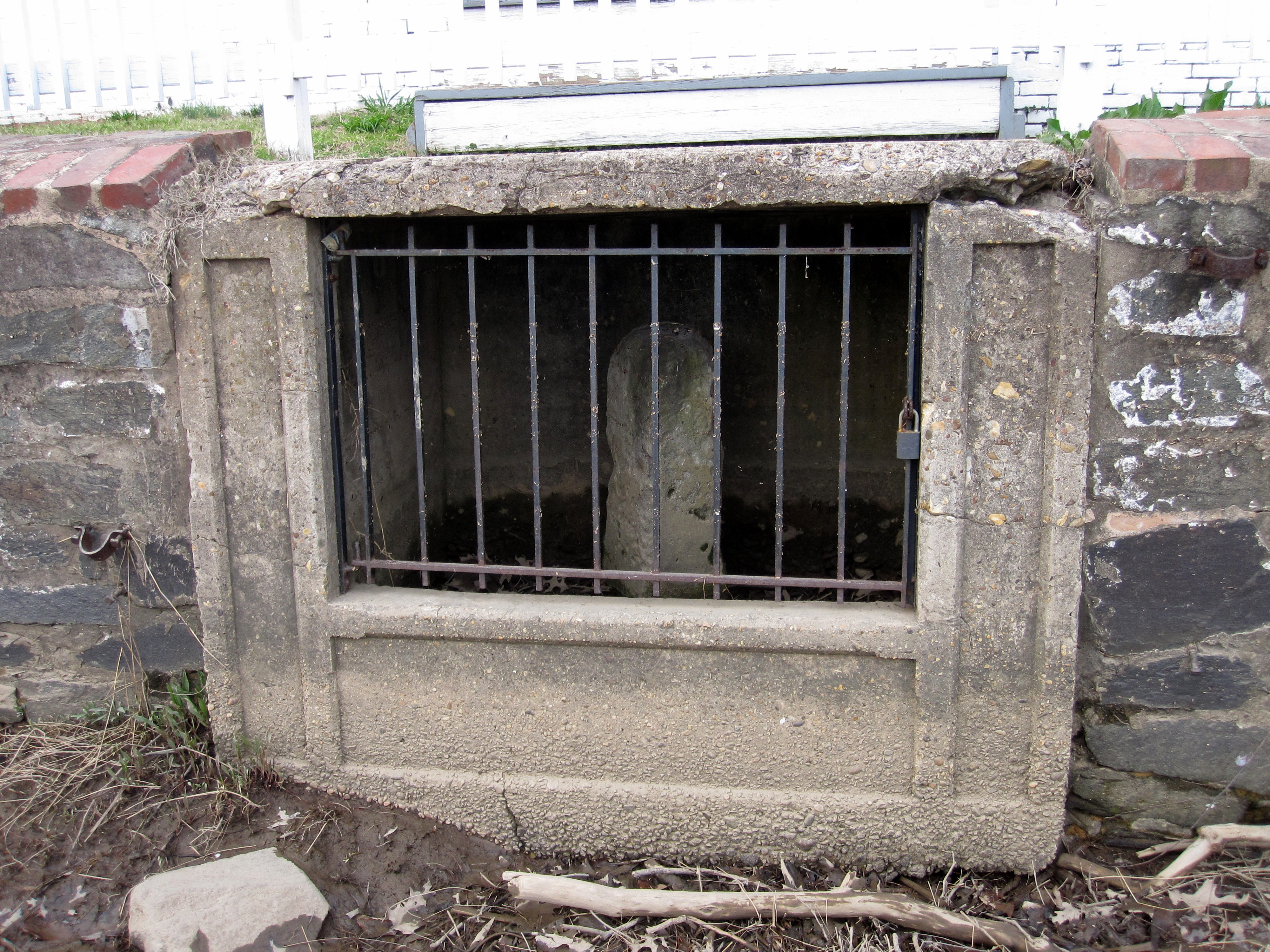 Closer view of the South Cornerstone. Image by Something Original on Wikimedia Commons (CC BY-SA 3.0) 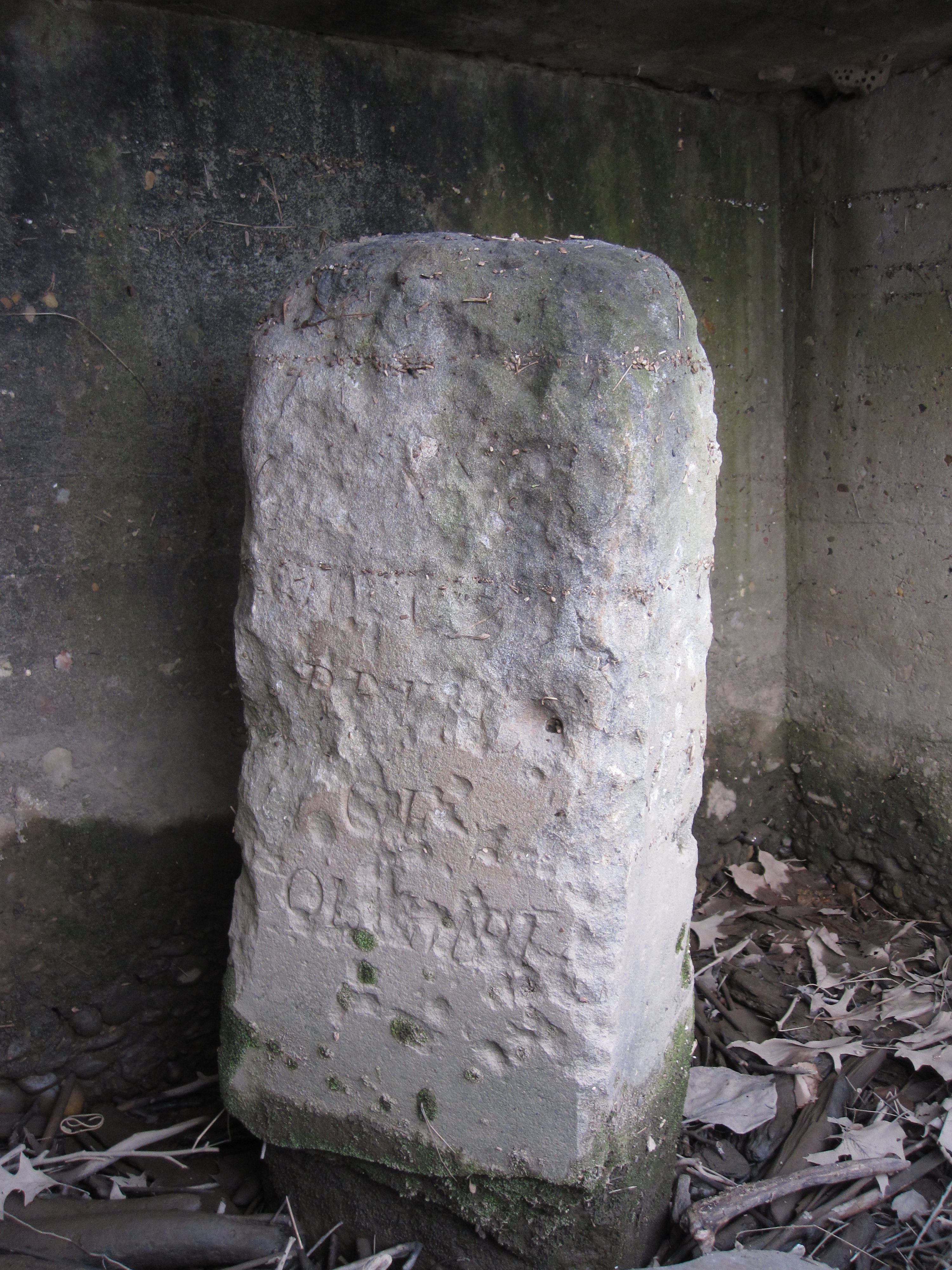 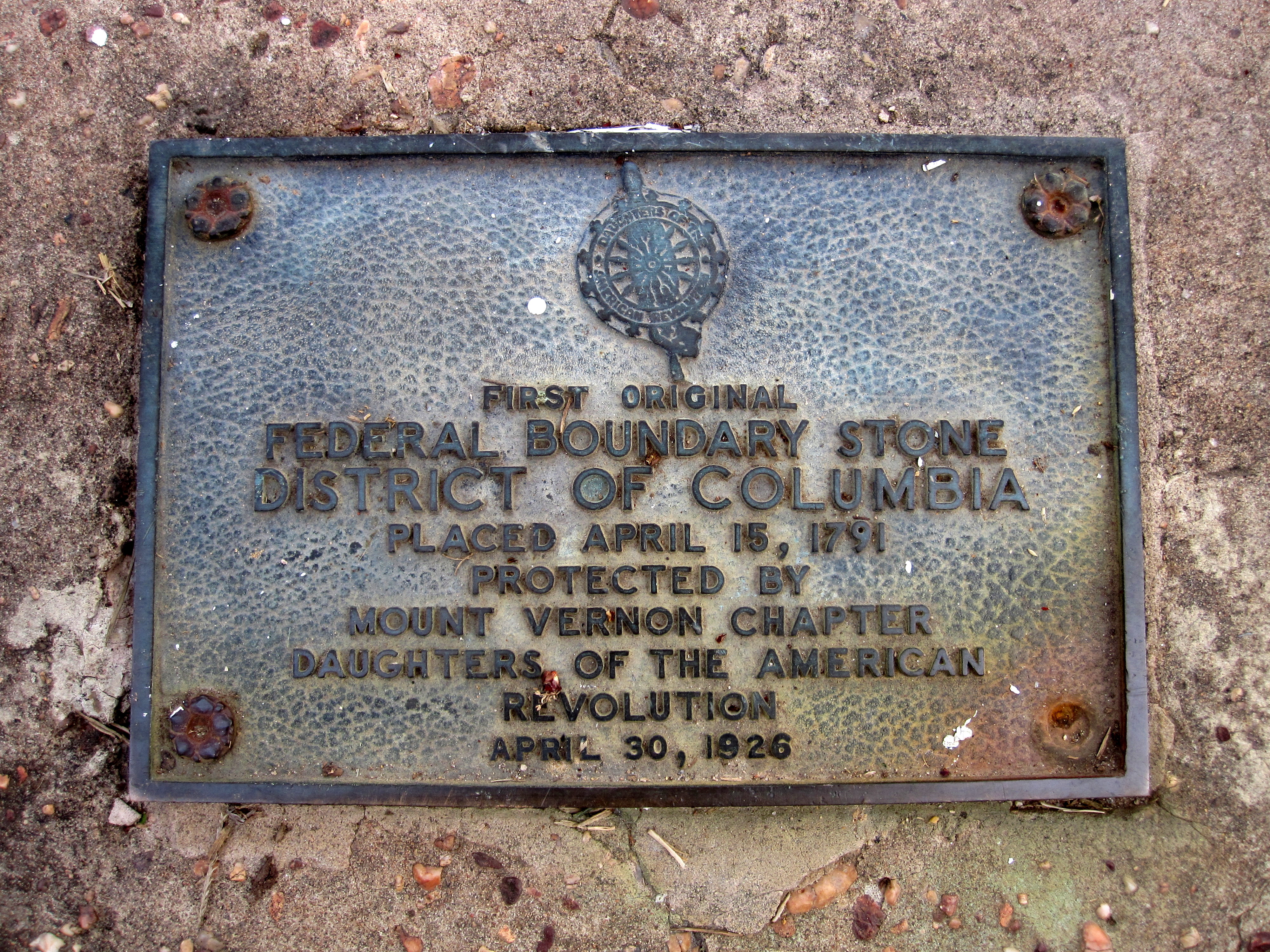 The territory chosen, Secretary of State Thomas Jefferson instructed Major Andrew Ellicott, a prominent surveyor, to begin demarcating the 10-mile square of the city limits. He began his work on February 11, 1791. Ellicott hired the Maryland astronomer Benjamin Banneker to provide the astronomical observations and calculations needed to fix the south corner. A free African American, Banneker was an experienced and largely-self taught, almanac, author, surveyor, naturalist and farmer. "Banneker fixed the position of the first stone by lying on his back to find the exact starting point for the survey ... and plotting six stars as they crossed his spot at a particular time of night."1

Banneker left Ellicott's team after the initial survey was completed. On April 15th, the achievement was commemorated by the Masonic Lodge in Alexandria. The Lodge placed a small, ceremonial stone at Jones Point at the south corner, although it was later replaced with a larger stone bearing the words, "The beginning of the Territory of Columbia." The rest of the inscription reads

Under this stone may jealousy and selfishness be forever buried!

The inscriptions on this stone are now illegible.

The marker stones are made of Aquia Creek sandstone, weigh approximately half a ton (with the exception of the cornerstones, which are larger), and are separated by one-mile. Those placed more than a mile apart include an additional marking, indicating the extra distance. On each stone, facing D.C. territory, is the mile number and inscription "Jurisdiction of the United States." The opposite side features the name of the state the stone borders. The other faces state the magnetic variance of their location and the year the stone was placed.

Thirty-six of the marker stones are still in situ, or close to their original location, including the north, south, east, and west stones. The South Cornerstone is located within a seawall south of the Jones Point Lighthouse in Alexandria, Virginia. It borders the City of Alexandria, Virginia and Prince George's County, Maryland. This boundary marker was added to the National Register of Historic Places in 1980, along with the lighthouse.