This building on the north side of Market Street between Park Avenue and Mechanic Avenue was home to Hillgreen, Lane & Company from 1900 to 1972. It was built about 1893 for an agricultural implement company, and was later occupied by the Alliance Pants Company. After a fire at the pants company, the building was repaired and Hillgreen, Lane & Company moved in. The company was founded by founded in 1898 by Alfred Hillgreen and Charles Alva Lane. They continued to build pipe organs until it closed in 1972. The building then served as the home of Electronic Circuits & Design until 1986. 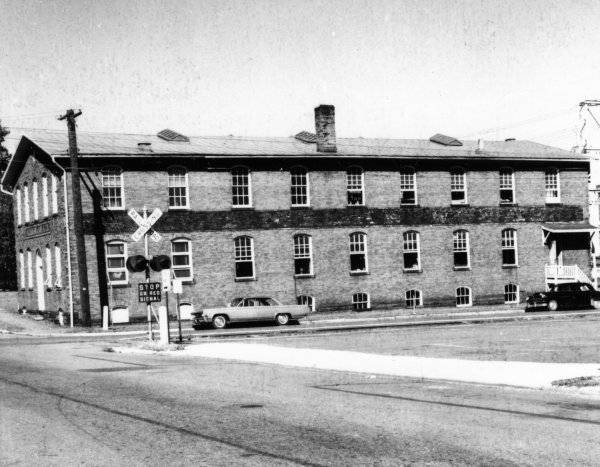 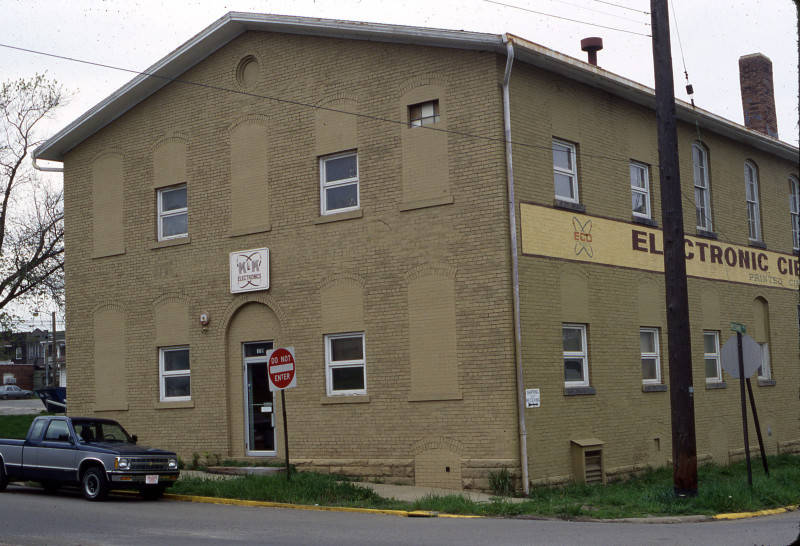 County tax records indicate this building was built in 1892. It was originally occupied by the Alliance Building Company, then in 1893 it became the home of the Alliance Pant Company. When the pants company burned out in 1899, the building was rebuilt and Hillgreen, Lane & Company moved there in 1900.

Hillgreen, Lane & Co. was a pipe organ company, founded in 1898 by Alfred Hillgreen and Charles Alva Lane. Their first organ was sold and installed in the nearby First Methodist Church (now Christ United Methodist) located at E. Broadway Street and Linden Avenue. The church was dedicated in 1899.

According to Eric Johannessen, the building is one of the better examples of late nineteenth century factory architecture. Hillgreen, Lane operated until 1972. After that, the building was occupied by several businesses up until the mid-1990s, including Electronic Circuit & Design. It is now owned by the Alliance Land Reutilization Corp.