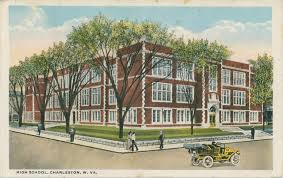 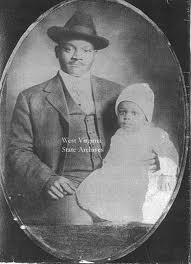 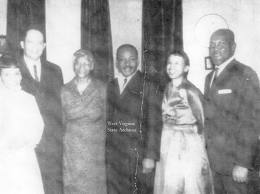 Before going to Charleston High School, James R. Jarrett was first a teacher at Garnet High School. Garnet High School is considered a historical African American high school. This school is a three story brick building that was built in the years of 1928 to 1929. The building was dedicated December 2nd- 4th of 1929. Garnet was one of the three schools in Kanawha valley built for the education of African American students. The door closed in 1956 as a result of intergration and has not been used as a public school since then. The site was listed on the National Register of Historical Places in 1990.  Today the building that housed Garnet High School is now Garnet Career Center.

Along with integration, James R. Jarrett was named the head basketball coach at Charleston High School. Charleston High School opened their doors in 1916 as an all white school. This building was located on the corner Quarrier Street and Morris Street in downtown Charleston. It was later moved to Washington Street East, Brooks Street, and Lee Street, only three blocks from the original building and the old building became Thomas Jefferson Junior High School. This school was built in 1926 because of overcrowding. However, that school became over crowded during the late 1930’s and then the school Stonewall Jackson was built in 1940 for the students for the west side of Charleston. Today the building no longer exist. It was torn down in mid 1989.