The Congressional Club received a charter in 1908 from the United States Congress as a non-partisan social club for the wives of members of the House of Representatives and Senate. This Beaux-Arts/Classical Revival clubhouse was built in 1914, designed by George Oakley Totten, Jr. under the guidance of Mary Foote Henderson for an invigorated 16th Street district. Annually the club hosts a luncheon in honor of the First Lady of the United States. The National Register of Historic Places recognized the clubhouse in 2011. Sitting at the intersection of New Hampshire Avenue NW and U Street NW, the building is a contributing property to the Sixteenth Street Historic District. 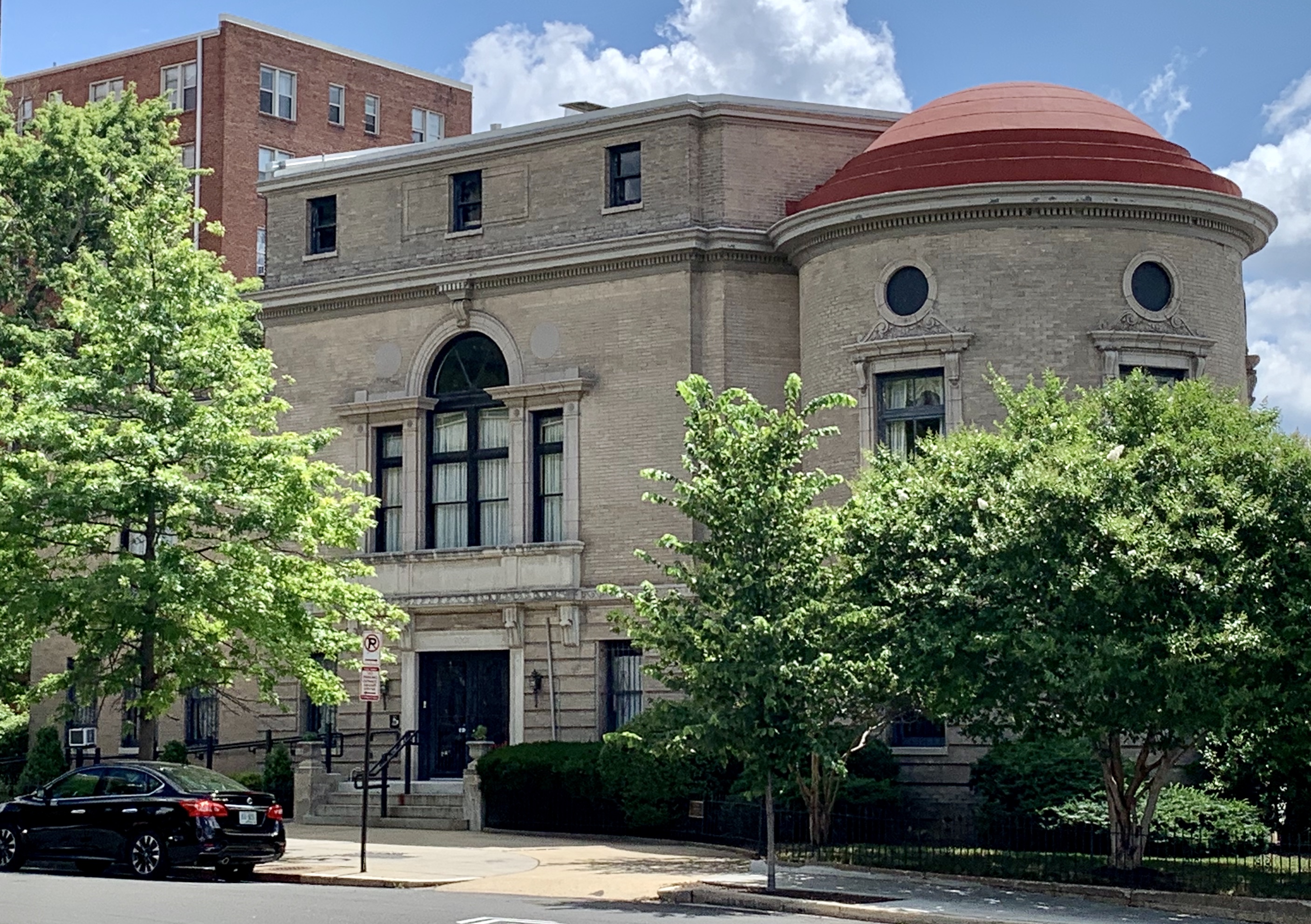 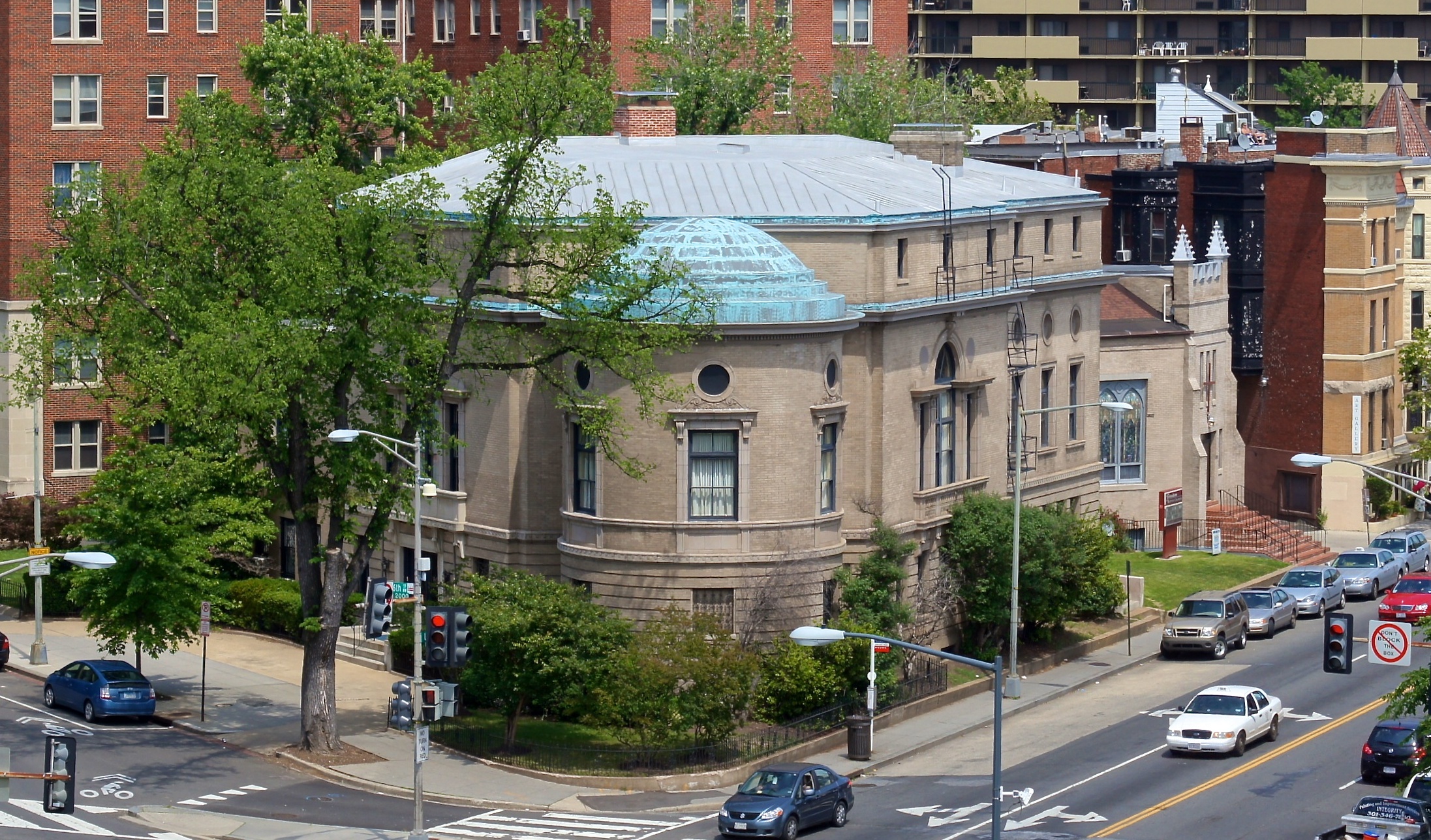 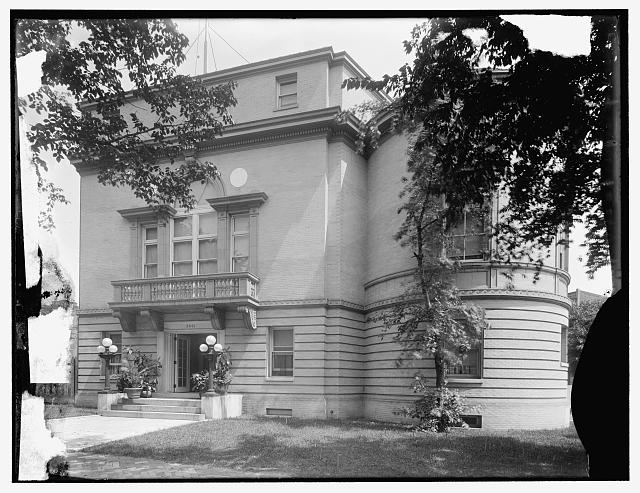 Mary Newton Foote Henderson (1841-1931), suffragist, entertainment writer, nutrition and hygiene expert, and self-taught designer, moved with her husband to Washington, DC in 1889. Her husband was former Missouri Senator John B. Henderson (1826-1913); he had served in the Senate 1862-1869, was a close friend of President Abraham Lincoln, and was one of the authors of the 13th Amendment. The Hendersons built a brownstone mansion, called Boundary or Henderson's Castle, at what was then the outskirts of the city at the intersection of 16th Street and Florida Avenue. The Hendersons bought and sold land along this corridor, which Mary Henderson referred to as "my 16th Street."

Mary Henderson contracted architect George Oakley Totten, Jr. (1866-1939) to design an addition on her mansion and thereafter made him her "official" architect. In 1895, Totten took the role of Designer of the Office of the Supervising Architect of the Treasury Department, and also designed many private residences for Washington elites. Totten and Henderson collaborated on several buildings along 16th St., which Henderson wished to aggrandize as a gateway to the city and White House. Henderson was an advocate of civic improvements and influenced by the City Beautiful movement, which sought to use architectural beauty to create harmony and virtue among a city's residents. She worked to increase executive presence in the outer 16th Street area of town and led the Woman's 16th Street Improvement Association. Later in her life, she published a pamphlet containing her testimonies before Congress and letters to the editor of the Washington Post on the subject.

Henderson was involved with the Congressional Club from its founding and served as part of its leadership. An influx of wives and daughters of Congress members arrived in the city in 1907, leading to a push for a social club for these women. In May 1908, the U.S. House of Representatives and Senate passed H.R. 22029, granting a charter to the Congressional Club. Mary Martindale Perkins served as the first club president. The club originally leased space at 1432 K Street, but began to look for a house to buy when it outgrew this space. Henderson suggested building a clubhouse, offering a lot she owned at the intersection of U Street and New Hampshire Avenue (first for rent, then donated to the club) and the services of Totten.

The club had a budget of $30,000 to construct the building, which as a result is less ornate than Henderson and Totten's other collaborations. Henderson was involved in minute details of the house design, even painting hearth tiles while which she did not approve of the color chosen by the club president. The main door of the club's blond brick structure is located on New Hampshire Avenue, with a Palladian window above the entrance on the second story. A stone balcony runs under this window. At the southwest corner of the building is a rotunda with a copper dome. The interior of the building features several angular salons and a club library, now used for the display of artifacts and gifts. On the second floor is a hexagonal congregation space. In 1939, Beall and LeMay constructed a two-story addition on the north side of the building.

Over the course of the twentieth century, the club has mobilized to support war efforts and support service members; hosted notable speakers and courses to promote new ideas to members who may not have had access to education; and hosted social events. The club's membership was exclusive, though it has expanded over time to include the spouses of a greater range of federal officials. In 1988, Stephen Lowey, husband of Representative Nita Lowey (D-NY), was the first male member to attend the club's orientation.