In 1893, Noyes Library opened its doors as a library for the town of Kensington, which at that time was home to around 80 residents. It sits on a small triangle of land donated by Brainard Warner, who lived in the large manor house nearby. Warner and his friend Crosby Noyes, editor of the Washington Evening Star, founded the library together, with Noyes supplying many of the books--around 600 to get the collection started. Since 1972, Noyes has been a children's library that hosts events, performances, and story times. 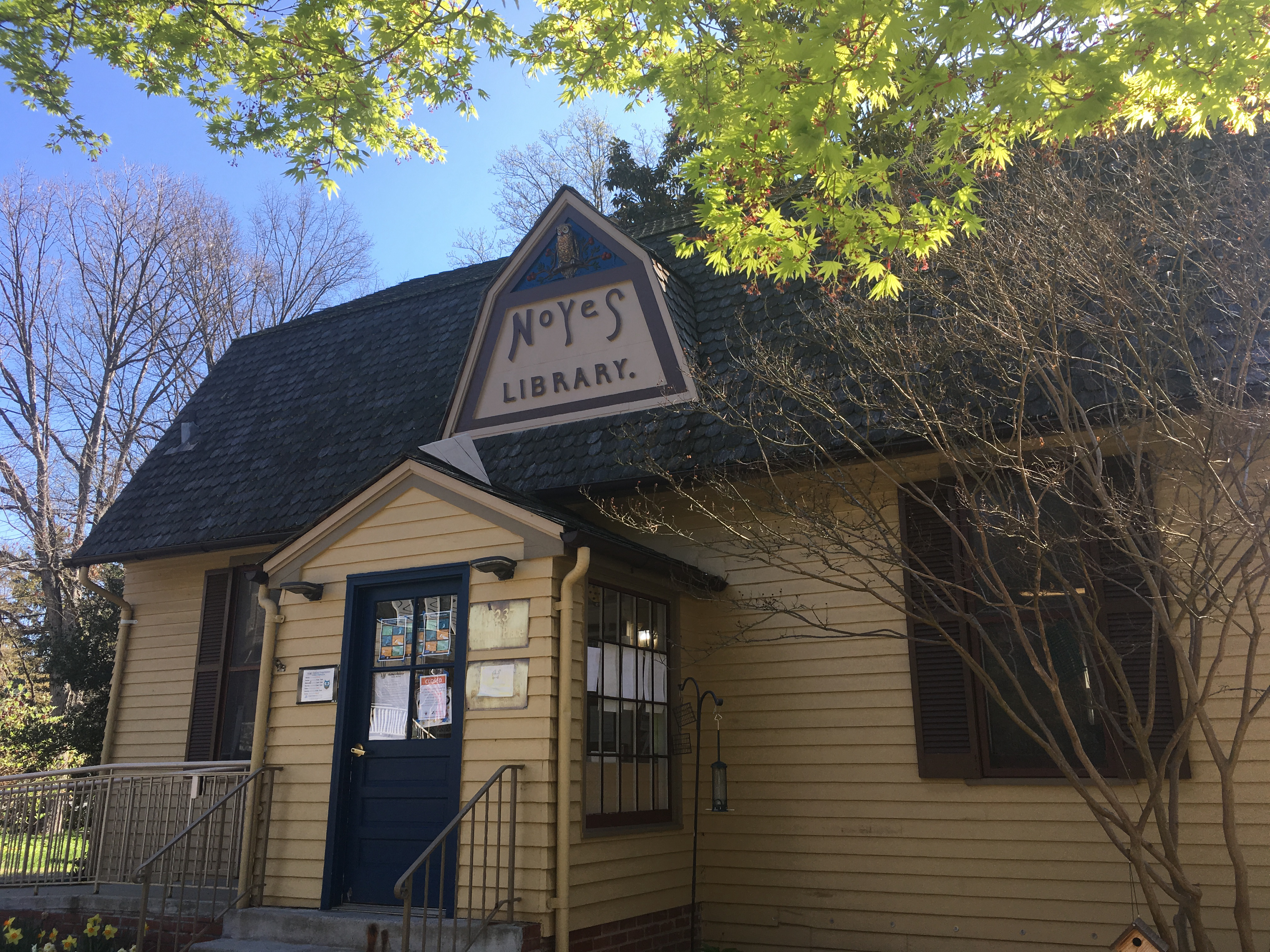 During the 19th and early 20th centuries, hundreds of public libraries emerged in the United States and across the world. Over 2500 public libraries were built worldwide between 1883 and 1929 under the patronage of Andrew Carnegie (around 1600 of these were in the United States). Noyes Library appeared within this context of a popular and growing movement for public libraries. Established by Crosby Noyes and Brainard Warner, Noyes Library opened on 10 January 1893. Warner insisted that the library would be open 250 days each year, would not allow sale or use of alcohol on its premises, and would be rebuilt in case of a fire.

The Noyes Library Association operated the library with the goal of "equip[ping] and maintain[ing] a public library and reading room in Kensington for the moral, intellectual and scientific improvement of the surrounding community" ("Library's Long History"). While its initial collection comprises around 600 books, that number soon grew to approximately 2000 by 1895. Those interested in joining the Association paid an annual fee of $1. Use of the reading room was free, while checking out books for one month cost 10 cents. Librarians' salaries at the time were $5 per month. Noyes is the earliest library building in the Washington D.C. area. The Town of Kensington was itself incorporated the next year. An 1894 newspaper article described some of the library's fundraising events such as "lawn parties" and "candy sales" ("Library's Long History"). Crosby Noyes left additional funding for the library in his will.

As a social hub for the community of Kensington, Noyes provided resources for children, students, and adults alike. It hosted Town meetings and was used by the Presbyterian Church for a time. By the 1930s, librarians received salaries of $15 per month. Volunteers from the Kensington Women's Club also contributed time to running the library. In 1950, the Town of Kensington hired a full-time librarian and agreed to provide free use of the library services to residents (as well as $2 subscriptions to anyone out of town). Shortly afterward, however, Noyes Library joined with other local libraries into the Montgomery County Public Library system. This decision ultimately led to the merging of Noyes' collection with other libraries, and the closure of the Noyes Library building in Kensington in the 1960s.

Kensington residents protested the loss of their local library, and in 1972 the building reopened, this time as a dedicated children's library--one of few libraries exclusively for children in the United States. Its new mission involves creating early literacy programming, building community, hosting events and workshops for children, and maintaining a "universally accessible" space ("About the Foundation"). Noyes once again faced closure due to county budget cuts during the 1990s. The non-profit Noyes Children's Library Foundation incorporated in response and has raised the funds necessary to ensure the library's continued operation.