The brick building at 60-84 Bay Street was built from 1906 to1908 as the coal and steam-powered powerhouse for the Hudson & Manhattan Railroad. It energized the first subway line joining New Jersey and New York. Plans to demolish the abandoned building in 1999 inspired the newly-formed Jersey City Landmarks Conservancy to fight for its preservation. The Hudson and Manhattan Railroad Powerhouse was entered into the National Register in 2001. The abandoned building was stabilized in 2010 while an adaptive reuse could be planned, and while disagreements over who would pay to remove the building's electrical transformers could be ironed out. The remaining three of four original, iconic brick and steel smokestacks could not be saved after many years of roof deterioration and were removed in 2013.

The nine-story building at 150 Bay Street was built from 1907 to 1908 as a warehouse for the Great Atlantic and Pacific Tea Company (the grocer A&P); it served until 1929. The company began in New York City in 1859 as the Great American Tea Company; it opened a tea shop in Manhattan on Front Street in 1860. They expanded to five New York City stores by 1865 and also offered coffee, spices, condensed milk, flavoring extracts, and baking powder; the name was changed to the Great Atlantic and Pacific Tea Company. The former A&P warehouse building was listed as a National Historic Landmark for its association with the first national chain of grocery stores, and was added to the National Register in 1978. The renovated building, now called 150 Bay Street, holds lofts geared toward living and work space for artists, plus commercial and retail spaces. 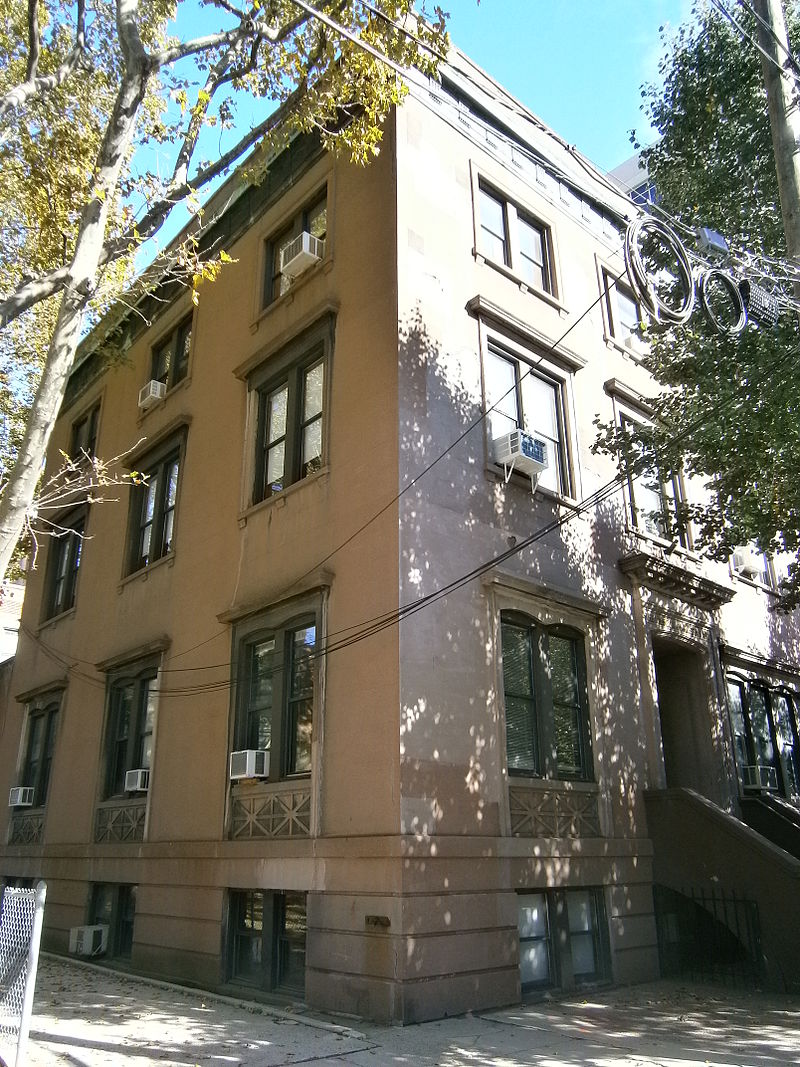 Founded in 1980 as the C.A.S.E (Committee for the Absorption of Soviet Emigres) Museum of Russian Art, this museum features works by modern and contemporary Russian artists. The majority of the collection came from human rights activist Alexcander Glozer. During the 1980s and 1990s the museum began showing works by prominent Russian artists. Its reputation has grown and now holds a prominent position in the Russian art and cultural scene. The museum holds exhibitions, lectures and other events throughout the year. Hours are variable by current events and are published on the museum's website. 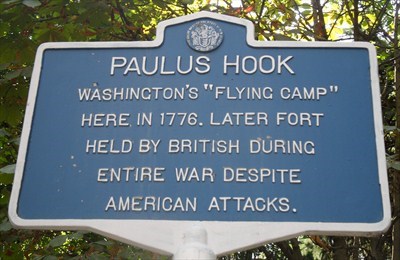 This park was part of the original plan for the city and appears in the 1804 Mangin Map of Paulus Hook. Today it is home to a large obelisk that commemorates the Battle of Paulus Hook. After achieving victory at Stony Point, Major Henry Lee convinced General George Washington to attack Paulus Hook. The Battle of Paulus Hook took place during the American Revolution on August 19, 1779, and ended in an American victory. The American victories at Stony Point and Paulus Hook played a role in changing Sir Henry Clinton's plans in the New York region as he began to look towards the southern campaign the following year. The battle resulted in 2 killed, three wounded, and seven captured on the American side, while the British endured 30 killed and injured, and 159 captured. 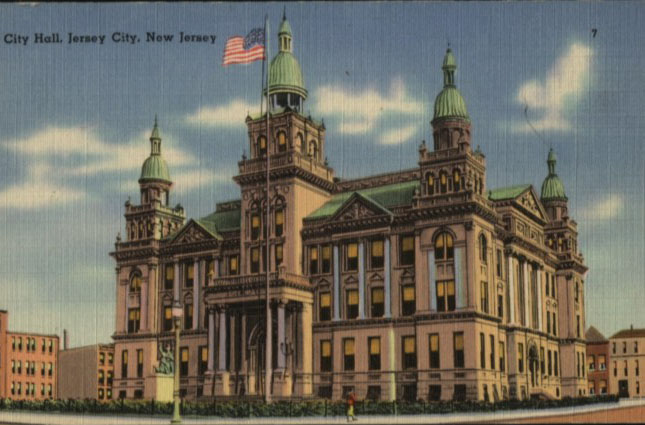 5. The City Hall of Jersey City

Constructed of marble and granite and completed in 1896, the City Hall of Jersey City replaced a previous structure at the corner of Newark Avenue and Cooper Place. Once completed, this building became the second headquarters for the city government and continues to serve in this capacity. The building's elaborate architecture reveals the optimism of city boosters who hoped to both mirror and rival the city government offices across the Hudson. 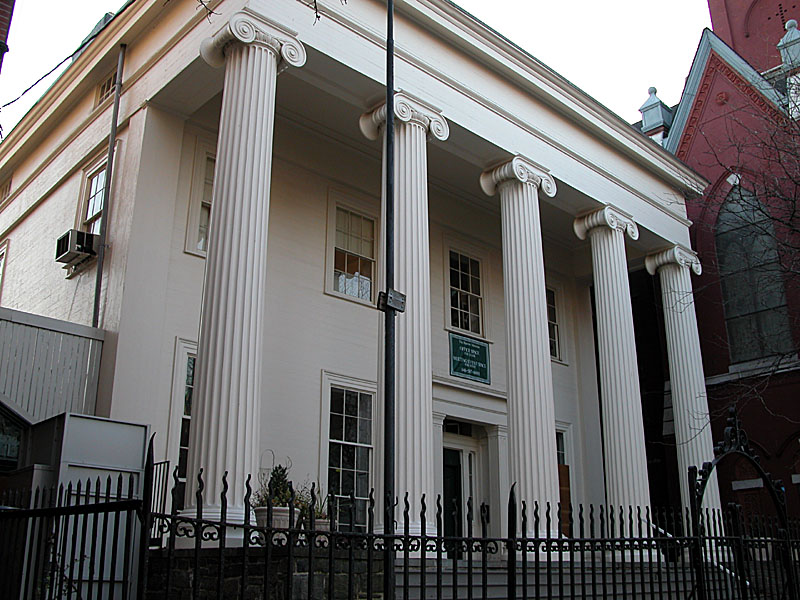 The Barrow Mansion was built in 1837 by Cornelius Van Vorst for Dr. William Barrow. The land on which it stands was part of a Dutch colony established in 1630. The Greek Revival house features five Ionic columnns and a two-story portico. It is adjacent to the St. Matthew's Evangelical Lutheran Church, which was built in 1898. Today, the mansion serves as office space and home to small businesses and non-profits, as well as the location of the Attic Ensemble Theater Company and the Jersey Children's Theater. The building was placed on the National Register of Historic Places in 1970.