The town of Prince was established in 1870 by brothers William and James Prince. Rather than being a mining town like most other settlements in the New River area, Prince instead provided goods and served as a travel hub for miners and passengers on the Chesapeake and Ohio Railroad. The first Prince Station was constructed in 1880 and rebuilt in 1917 following a fire. The current Art Moderne station was completed in 1946. It was envisioned as a prototype for a more modern rail system that would stretch from Washington, D.C. to Cincinnati, Ohio. Though this rail route never came to fruition, Prince Station is still one of its best surviving proofs of concept. Despite a station agent no longer staffing the building, Prince Station is still operational and is used several times a week by passenger trains.

Panorama of Prince in its heyday. The original station (before reconstruction) can be seen on the right of the image. 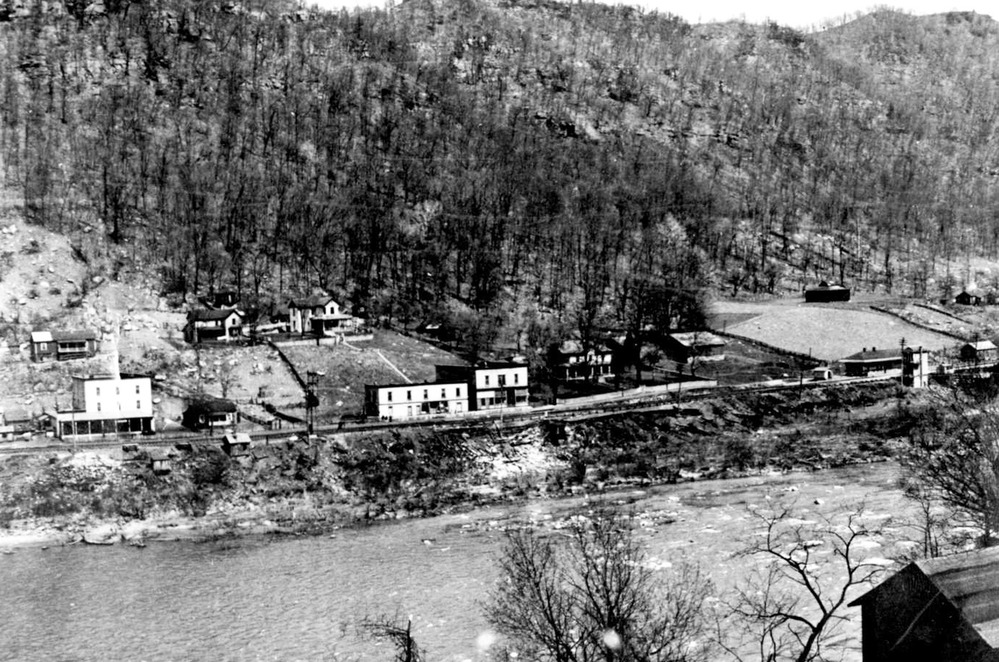 A view of the original station from the tracks. 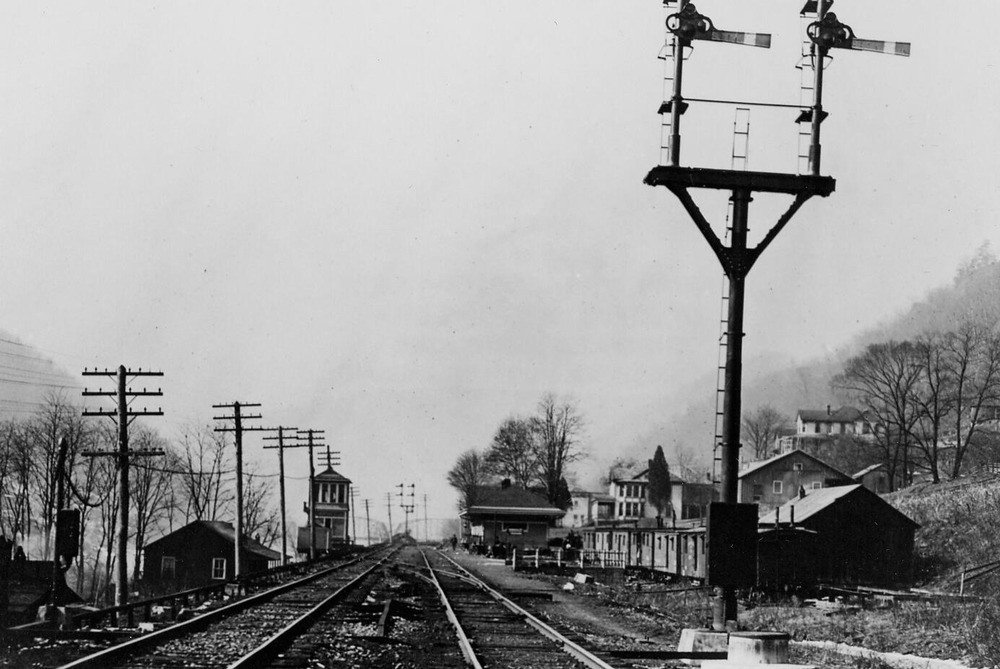 The C&O station at Prince after being rebuilt in 1917. 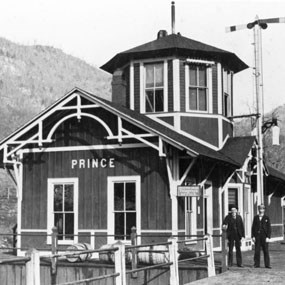 Prince Station. The platform was cleverly designed to be in the sun during the winter, and the shade during the summer. 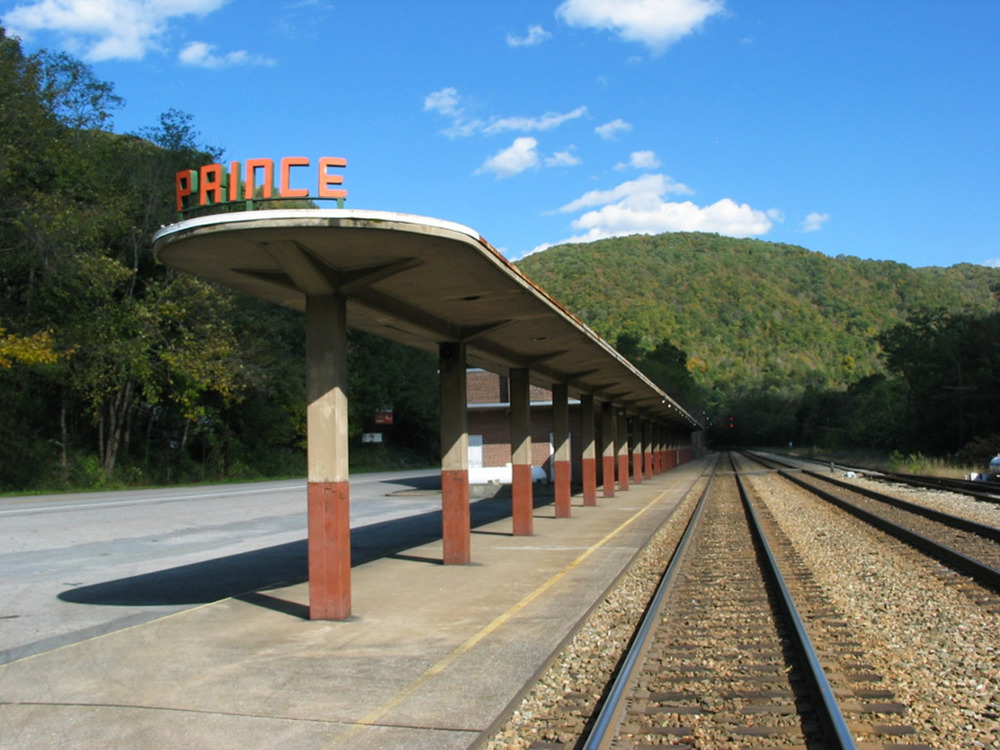 The station’s waiting room. Chessie, the railroad’s former mascot, can be seen on the floor in the foreground while the wall in the background displays Arnold Eagle’s 1944 photograph of Crab Orchard. 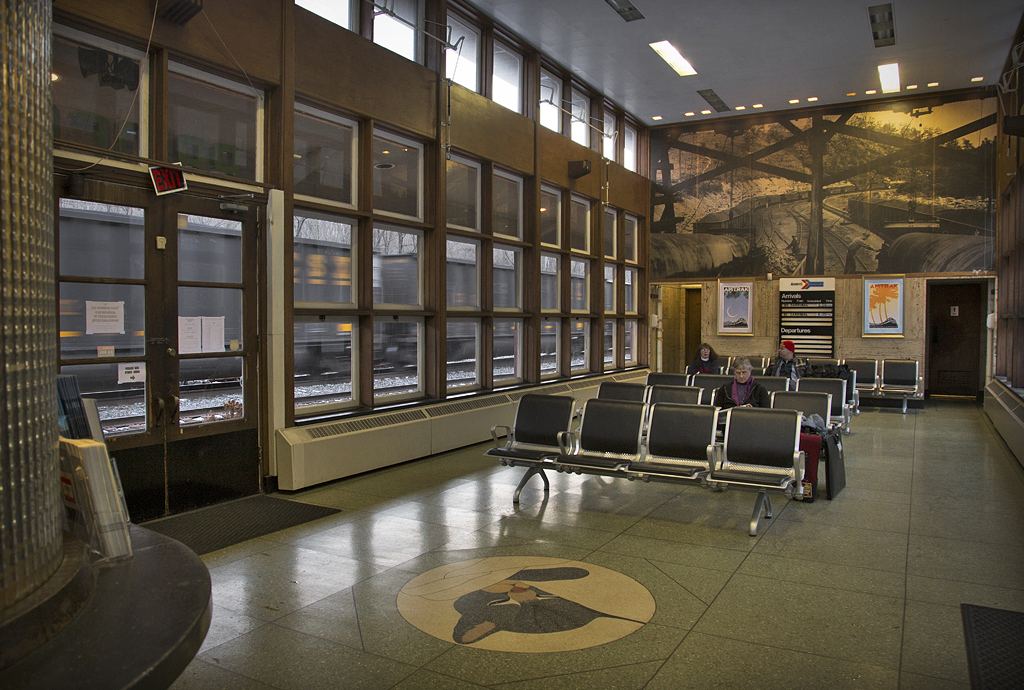 Chessie typically appeared next to the slogan, “Sleep like a kitten.” 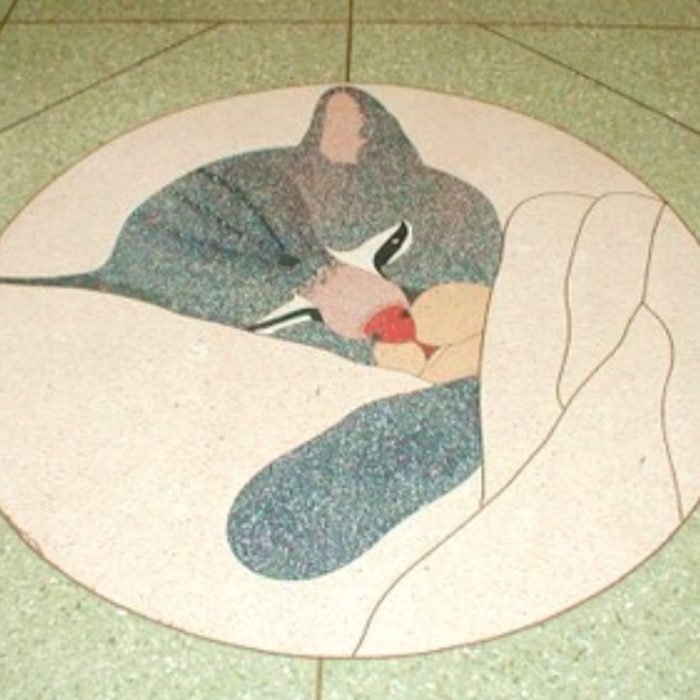 In 1870, brothers William and James Prince purchased three hundred acres of New River Gorge land from General Alfred Beckley. They quickly set to building a mercantile store and establishing a ferry across the river. The area soon became known as Prince. The brothers proved to be in the right place at the right time. The Chesapeake and Ohio (C&O) Railroad was laid out in 1873 and passed through the Princes’ land. The brothers brokered a right-of-way deal with the railroad that included the stipulation that all passenger trains stop in Prince. Though many towns sprang up around the New River in the late nineteenth century, Prince was a little different, at least at first. It was not a coal mining town but existed instead to serve the mining towns and travelers to and from them. Despite this, William Prince invested heavily in nearby mines. By the 1890s, Prince was directly involved in the coal boom through seventy-eight coke ovens a little downstream of downtown. Coal was mined on the south side of the river and then transported to Prince using a system of buckets suspended on wire cable.

At its peak, Prince boasted an elementary and high school, two churches, a post office, hotel, and tavern. However, the population never crested two hundred fifty residents. Two factors contributed to the small population relative to the town’s success. Firstly, because Prince was not a mining town in the traditional sense, there were few opportunities for manual laborers. Secondly, the Prince brothers rarely ever sold parcels of their property, electing instead to rent it. This meant that they personally owned all the businesses in town, and most of the other buildings as well. Passenger trains into and out of the New River Gorge were the primary drivers of Prince’s economy. Another revenue stream came from travelers to and from Beckley, as Prince was the closest rail station.

In 1880, the Chesapeake and Ohio Railway built the first station in Prince, West Virginia. It was a relatively simple wooden structure designed with utility in mind. In 1891, the depot was enlarged due to expansion in commercial freight and passenger travel. The renovated depot featured a gabled roof with a large central octagonal tower. In 1917 a fire nearly destroyed the station causing a new one to be built. The new station was built to roughly the same specifications as its predecessor.

Robert R. Young, the C&O president, had a vision and wanted to create a more stylish, streamlined and efficient passenger rail system following World War II. In 1946 the old Prince station was demolished and the present red brick station was built. Garfield, Harris, Robinson and Schaffer, an architectural firm from Cleveland, Ohio, along with C&O staff architects, designed the current station. It opened on June 26, 1946. Nearly 3,000 people attended the opening — over twenty times Prince’s population at the time. The newly constructed station was built in the Art Moderne style and featured large expanses of glass on the north and south facades. It also had a flat cantilevered roof and terrazzo flooring. The station platform was constructed so that the sun would warm the passengers who waited along the platform and inside the depot during the winter. Conversely roof and platform canopy provided shade for passengers during the summer.

Along with its waiting area and ticket desk, the station consisted of a 125 foot long by 22 foot wide depot that contained restrooms. There was also a ladies’ lounge and freight, and baggage and express rooms. The station had modern technology too, offering ultraviolet lights and radiant heating in the floor. An image taken by Arnold Eagle in 1944 is displayed on one end of the waiting room. The wall length photo mural shows the coal tipple in nearby Crab Orchard. It was included to demonstrate how economically important coal mining was to the C&O and the region. Another piece of artistic branding can be seen in the C&O’s “Chessie” kitten logo embedded in the floor in the waiting room. Chessie was introduced in 1933 and quickly became one of America’s favorite mascots. Chessie often appeared with the slogan “Sleep like a kitten” and featured prominently in advertisements for the C&O’s air-conditioned sleeper cars.

Due to its location, serving a large number of passengers from Beckley and other communities, Prince Station was intended to be the prototype for a more modern nationwide rail system. It was planned for the depot to serve the railroad’s streamline passenger train from Washington, D.C. to Cincinnati, Ohio called The Chessie. However, this venture failed and Prince Station’s importance waned. With fewer than three thousand boardings and alightings at Prince Station in the 2010s, Amtrak opted to no longer position a station agent in Prince in 2016. The company cited increased online ticket sales as proof that physical ticket sales had become unnecessary. Despite this, the station remains operational and is used a few days a week. In fact, a 1.5 million dollar renovation recently brought the station into compliance with the Americans with Disabilities Act. Prince continues to serve as the general rail hub for its area. It is the main station for the majority of Fayette County. It also provides access to a variety of outdoor activities in the New River Gorge.

Jarvis, Robin. There’s Only One Remaining Train Station Like This In All Of West Virginia And It’s Magnificent, Only In Your State. March 19th 2019. Accessed May 5th 2021. https://www.onlyinyourstate.com/west-virginia/prince-station-wv/.