Camp Brookside was built in 1947 as a summer camp for the children of employees at the Electro Metallurgical Company in Charleston. Built on a thirty-two acre island in the New River, the camp features six cabins built around a central administration building. In addition to these buildings, there are also support and activity structures. Camp Brookside was an enormous cultural success with the hundreds of children aged five to fifteen who attended. The camp operated until the early 1990s, though in later years it was rented to company employees, rather than serving as an overnight camp. In 1993, the National Park Service purchased the entire site. A major influx of federal funding allowed for restoration of the entire camp in recent years. Now, the site is once again home to a summer camp through the Camp Brookside Environmental Education Center.

An example of one of the seven refurbished cabins.

Renovated interior of the central administration building. The fireplace is original to the structure. 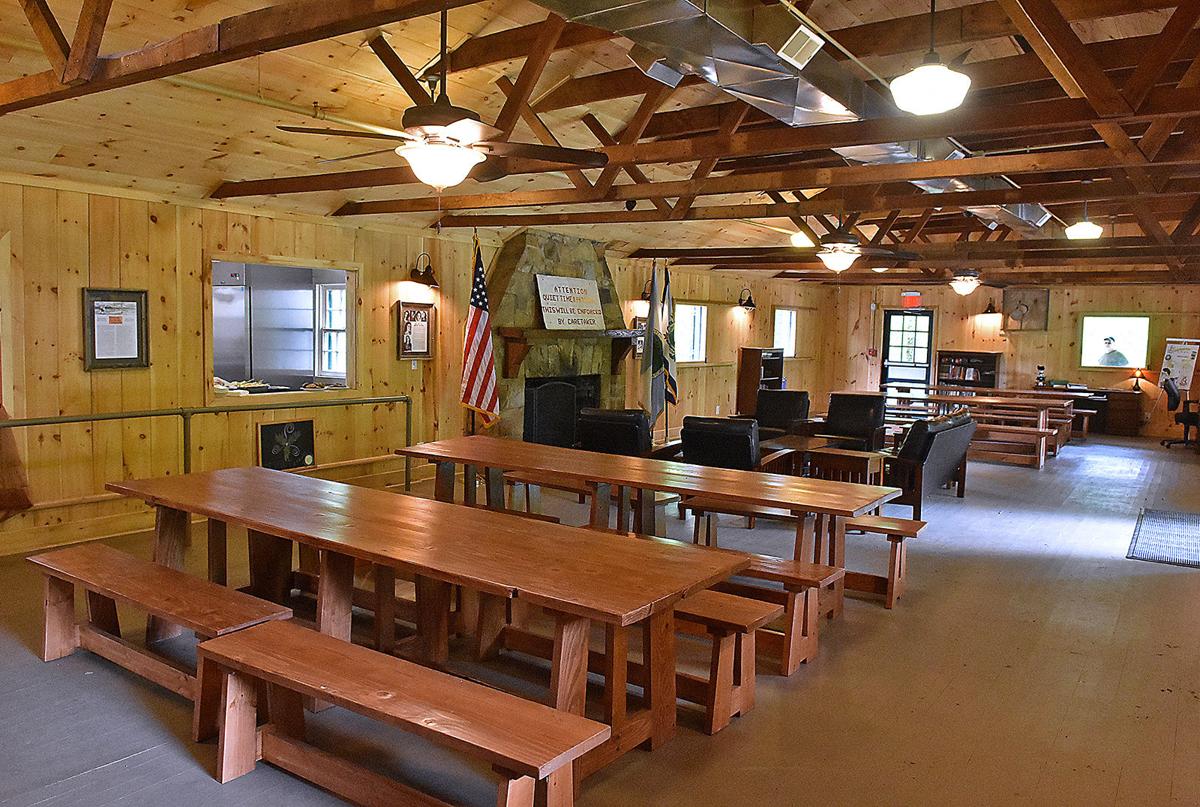 Modern map of the camp. 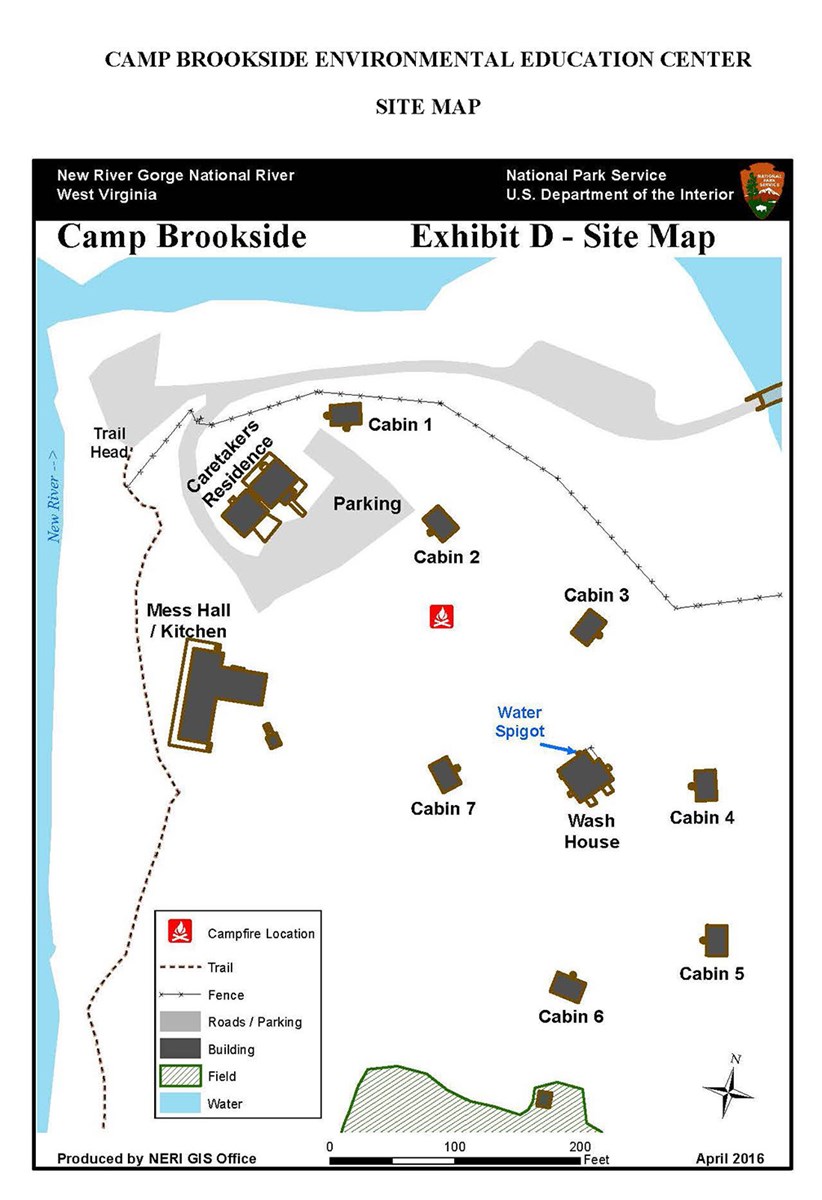 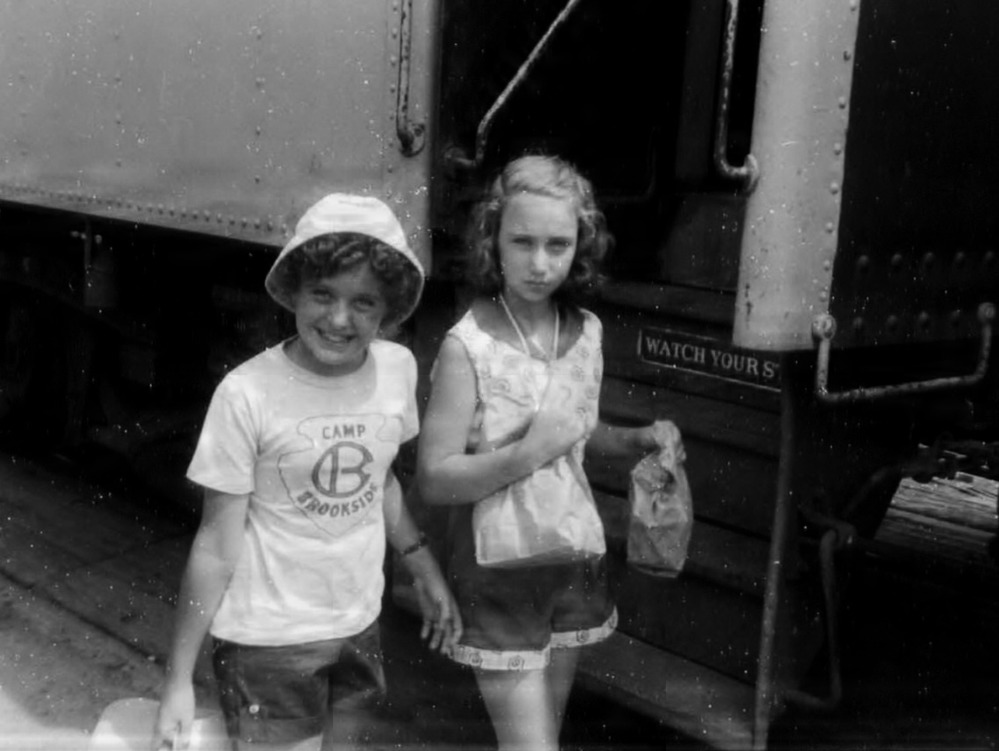 Campers swimming in the New River. 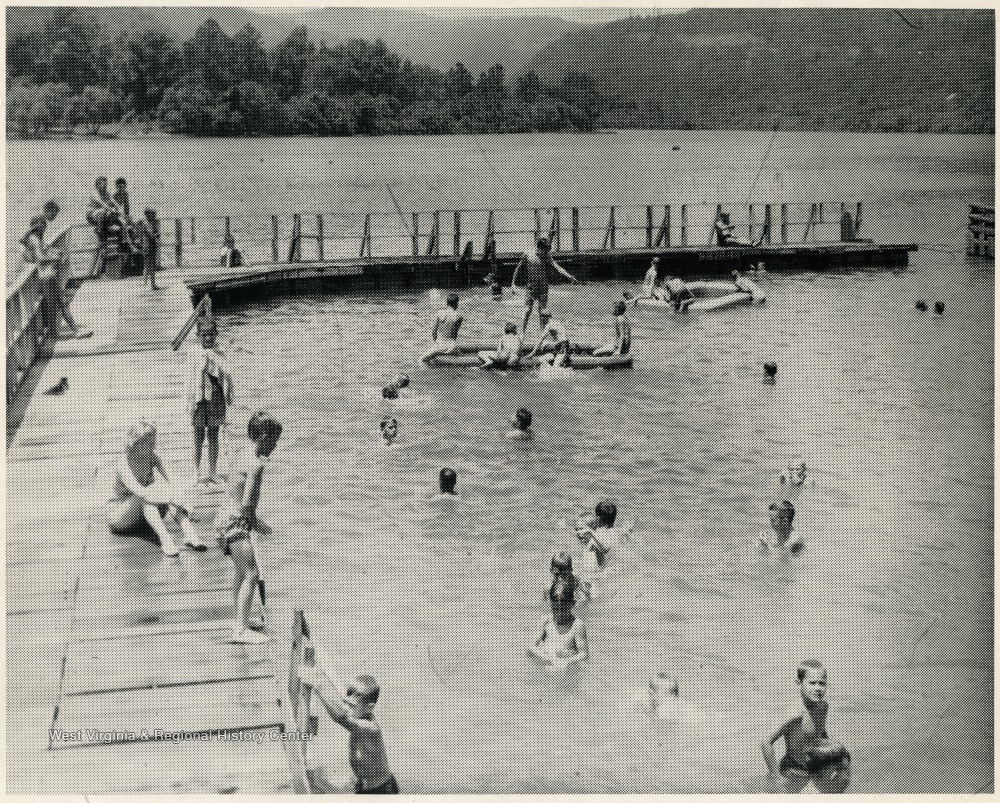 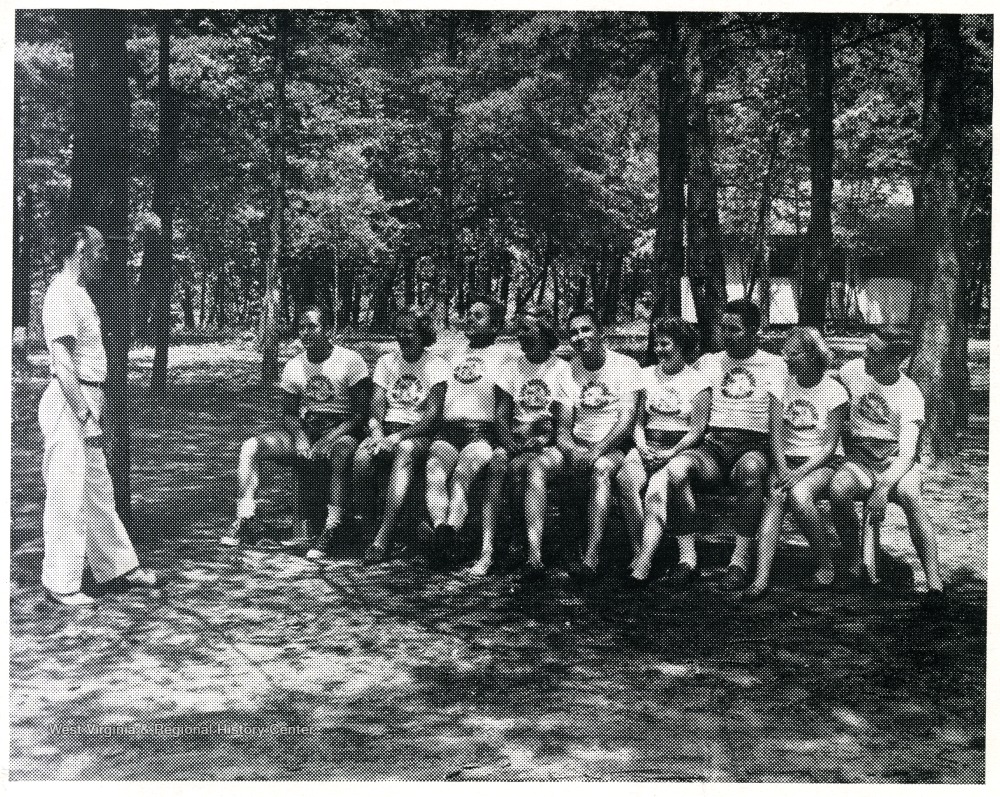 Camp Brookside began in 1947 as a post-war experiment in welfare capitalism. The chemical company Union Carbide Corporation (UCC) established eight camps throughout West Virginia as sites for company employees to send their children during the summer. Camp Brookside was specifically designed for children of the Electro Metallurgical Company (EMCO) in Charleston. The intent of the camps was that they would provide incentive for workers to remain with the company and reduce the risk of strikes or walkouts. Furthermore, UCC had garnered a poor reputation in the first half of the twentieth century due to major workplace disasters such as at Bhopal, Oak Ride, and the Hawks Nest Tunnel. For this reason, Camp Brookside was likely also intended as a public relations stunt to prop up the company’s image.

Camp Brookside officially opened on July 4th, 1947. More than 2,000 EMCO employees and their families travelled to the nearest town, Brooks, where a Chesapeake and Ohio railroad station was erected specifically for the camp. From the station, it was a walk on dirt trails to a small wooden bridge across the New River. Camp Brookside occupies a thirty-two acre island in the center of the river. Paul Carr, then mayor of Hinton, said in an interview with the Hinton Daily News, “We were extremely gratified when we first learned of the site of the children’s haven, and we are doubly pleased today to note that 2,000 of this company’s employees and their families have gathered here to celebrate the Fourth.”[1] After attending the opening event and touring the camp, which was nicknamed the “Isle of Fun,” many families left their children at the camp for the two week program.

Camp Brookside’s program was open to children aged five to fifteen years old. Regardless of position or time spent with EMCO, any employee was welcome to send their children. Additionally, the camp cost $15 for two weeks — adjusted for inflation, this is just $180 in today’s money. The affordability of the camp was due to heavy subsidization by UCC. Furthermore, the site was imagined as a sort of egalitarian retreat. A 1950 letter from a EMCO assistant superintendent to the camp director suggests a degree of admiration for the equity; “In the industrial camp, the superintendent’s son may become fast friends with the son of a janitor. This is a basic lesson in democracy and good citizenship.”[1]

Once at Camp Brookside, campers were expected to participate enthusiastically in the community. Attendees were separated by gender and housed in six rustic cabins. Each cabin was home to a “tribe” of campers who participated in friendly competitions with other tribes. Camp counselors, typically men and women in their later teenage years, also lived in the cabins and helped provide structure and guidance. A seventh cabin was home to a nurse for medical issues. The cabins are centered around a central administration building which served as a mess hall and community space. Other structures on the grounds include a washhouse, water tower, crafts building, and rifle range. As the structures suggest, campers engaged in a wide variety of pursuits. Following reveille in the morning, the children gathered to raise the flag and say the pledge of allegiance before splitting into groups for their day’s activities. Daily options included horseback riding, swimming, canoeing, rifle shooting, nature studies,  and various sports. Campers were awarded sew-on patches for mastering various skills. Though activities were separated by gender, each gender had access to all the same opportunities. In the evenings, tribes would gather around campfires to sing, engage in often rowdy games, or relax after the day. Camp Brookside was an enormous success. For many children, the experience was the highlight of their year and something they looked forward to constantly. Camp Brookside remained open for a total of forty-five years, before shutting down in 1992. In later years, the site no longer served as a summer camp, but UCC employees were still able to reserve the cabins for personal use.

The National Park Service purchased Camp Brookside in 1993 to add to the holdings of New River Gorge National Park. The camp was initially used as a base for park rangers and a white water rafting rescue team. The original camp structures were stabilized, though not rehabilitated, and the park services moved to a different location in 2005. In 2009, Camp Brookside received a massive revitalization thanks to $900,000 of federal funding secured by Senator Robert C. Byrd. The camp structures are now nearly indistinguishable from their original forms, though they have been somewhat updated and repaired. These days, the site is known as the Camp Brookside Environmental Education Center (CREEC). The camp once again hosts overnight camps in warmer months and is also available for lease to entities such as the Civilian Conservation Corps.