UNC Charlotte broke ground on the Jerry Richardson Stadium and McColl-Richardson Field in 2011. The football field complex spans 25 acres of land and was completed in 2013. The stadium officially opened with an inaugural game against Campbell University’s Campbell Fighting Camels on August 31, 2013. The stadium is located near the campus entrance at Highway 29 on North Tryon Street. 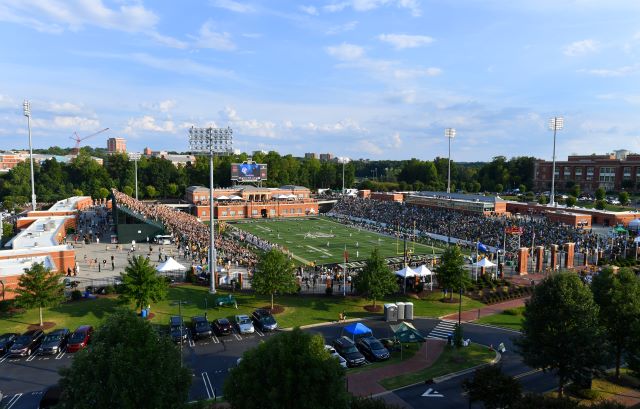 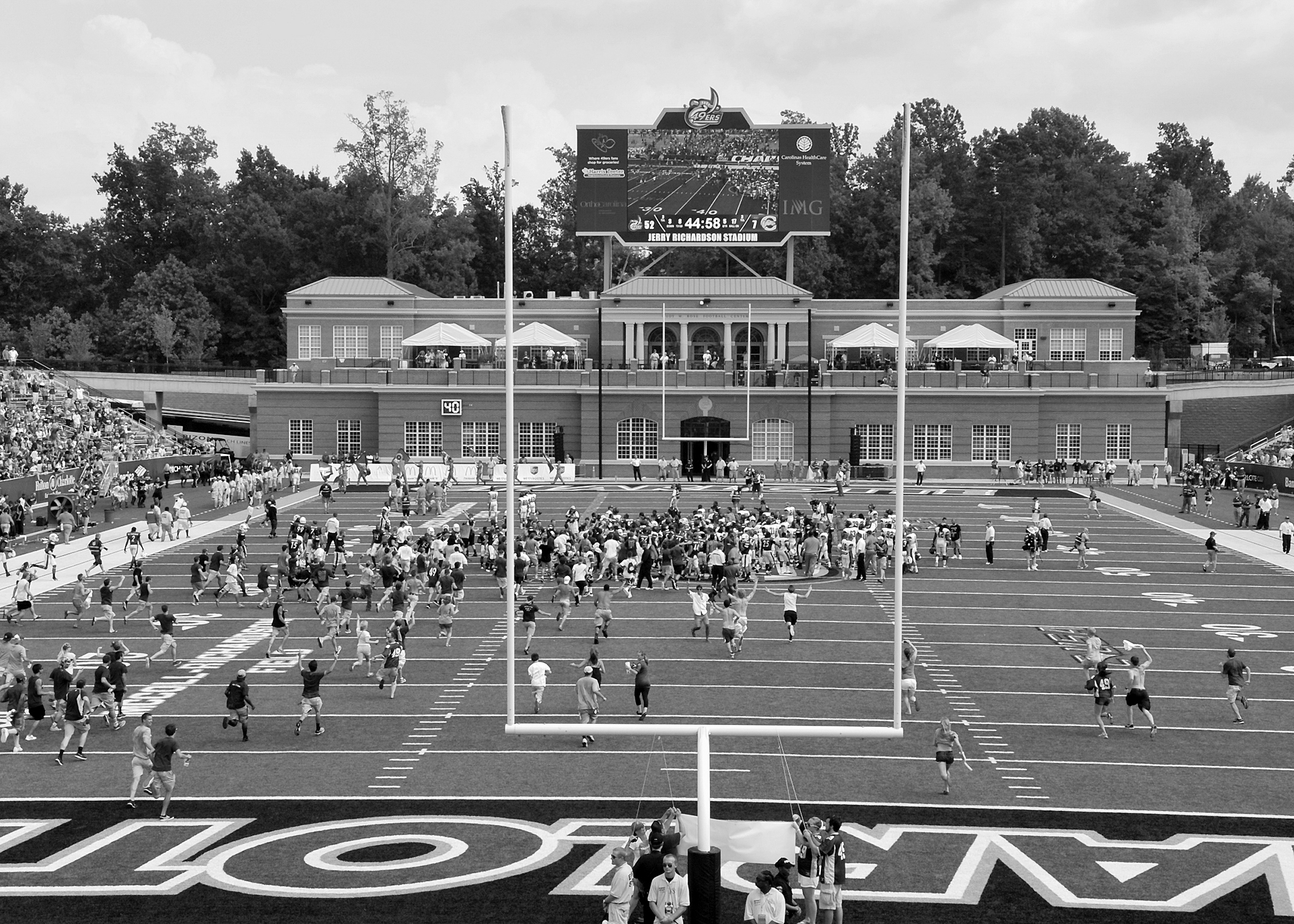 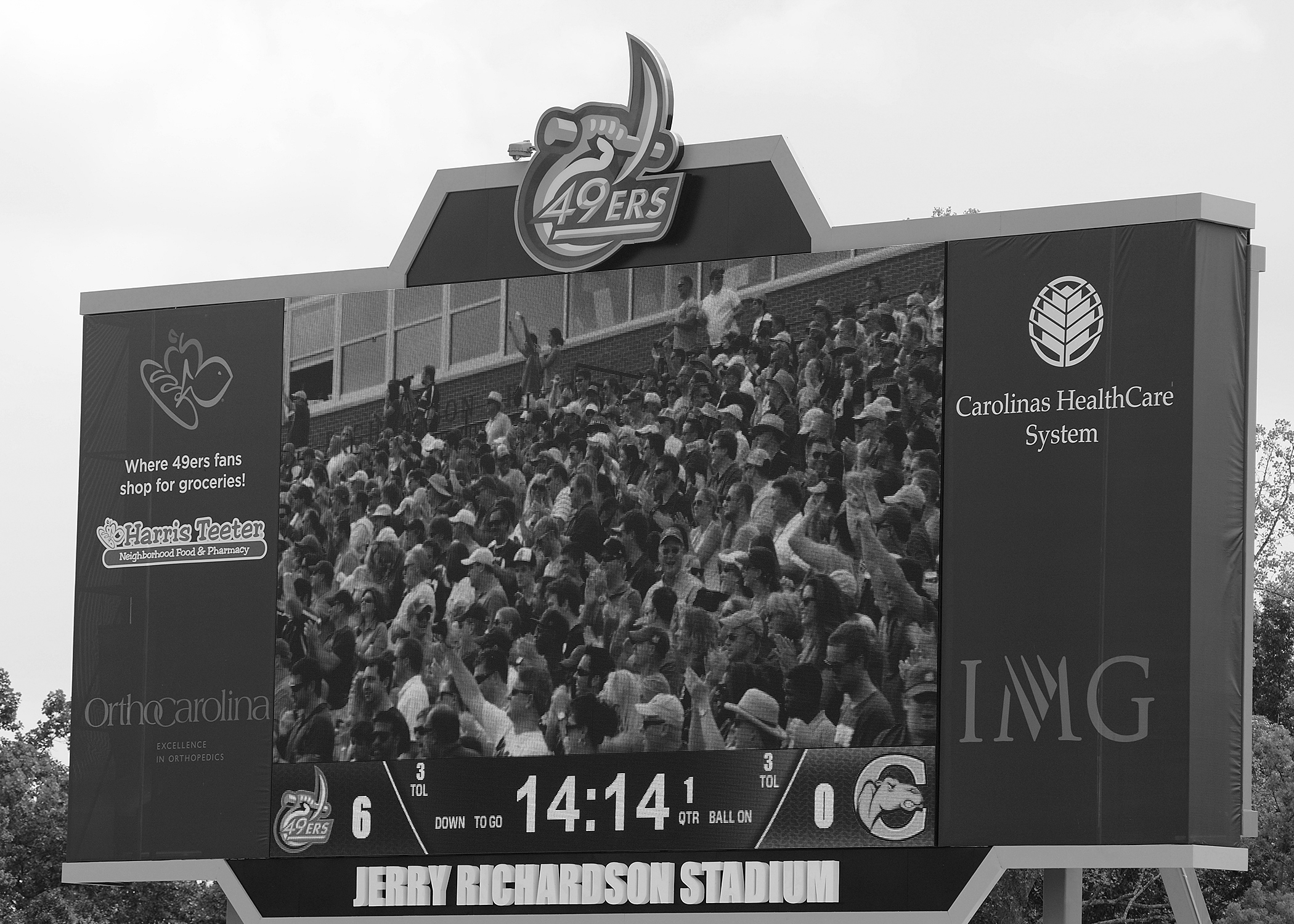 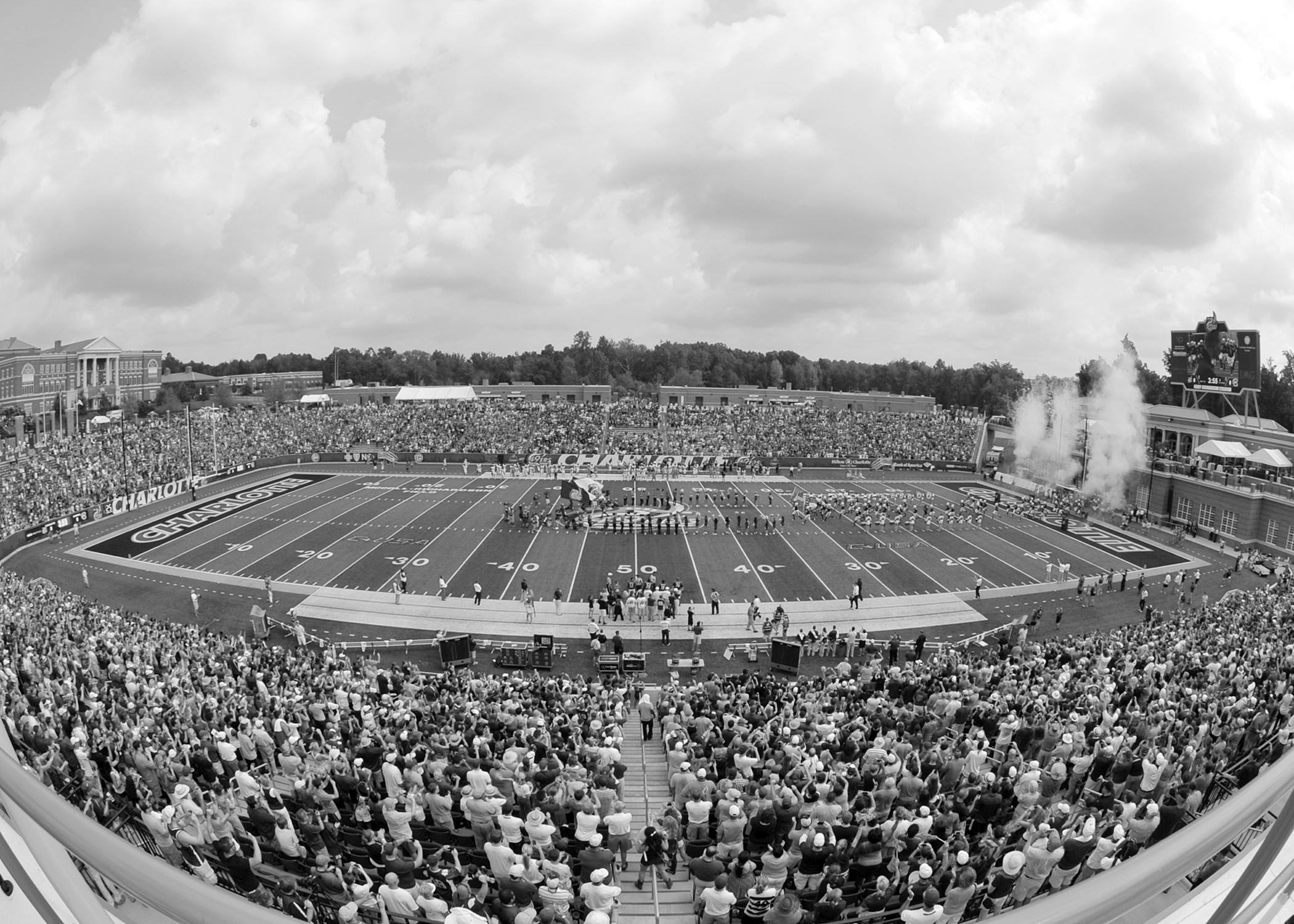 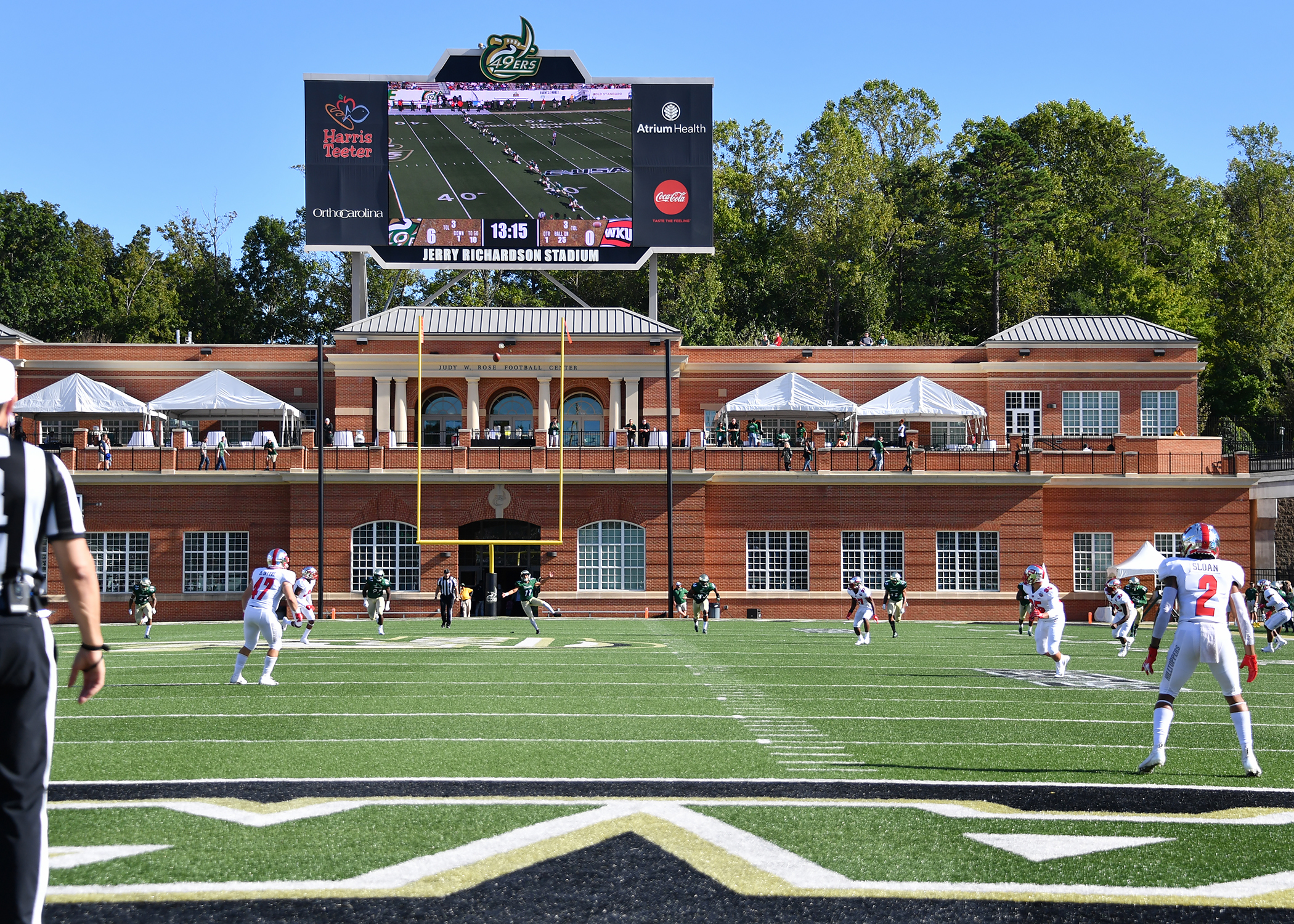 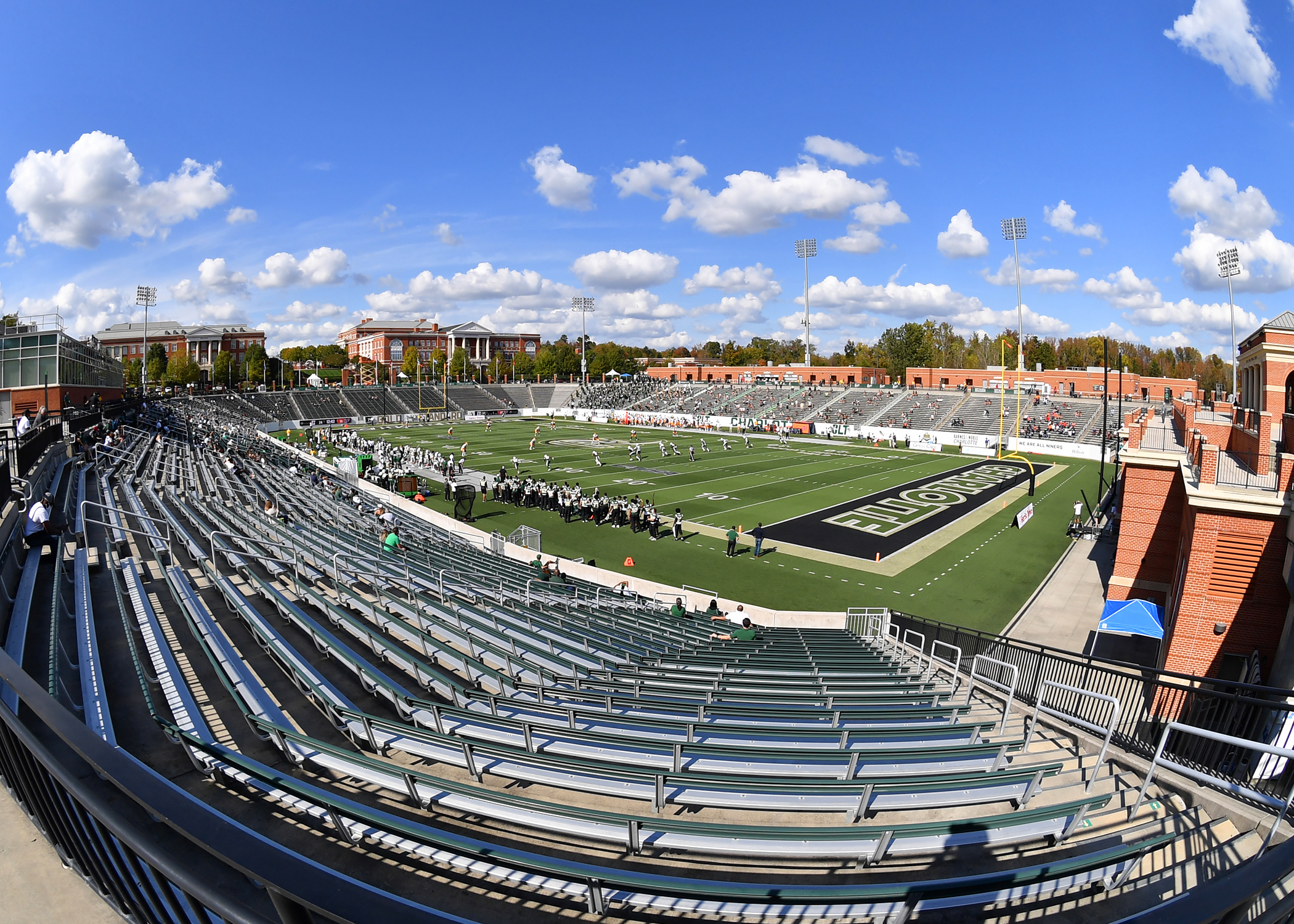 The Jerry Richardson Stadium is a product of a decades long campaign to bring football to UNC Charlotte. When UNC Charlotte opened as the Charlotte Center of the University of North Carolina in 1946, football was the first sports team for the new university. The team was known as the Owls and completed several seasons before the football program ended in 1948. In 2006, a dedicated group of UNC Charlotte students formed the Charlotte 49er Football Initiative (CFI). The grassroots group campaigned to encourage the creation of a 49er football team.

The desire for a football team came to fruition in December 2006, when the Board of Trustees authorized Chancellor Phil Dubois to study the feasibility of bringing football to UNC Charlotte. The Football Feasibility Committee approved the addition of football to UNC Charlotte. In September 2008, Chancellor Dubois recommended the completion of a football team and school field by 2013. But, the recommendation came with the condition that fans raise $5 million in six months to help build the $45.3 million stadium complex.

Dubois proposed the sale of 5,000 Forty-Niner seat licenses for $1,000 each. Despite the 2008 recession,125 people said they would buy a total of 331 licenses after Dubois’ announcement. Athletics director Judy Rose and her department raised the rest of the $40 million for the stadium. By November 2008, 49ers had received commitments for 4,167 seat licenses at $1,000 each. On April 28, 2011, over 3,000 fans gathered to celebrate UNC Charlotte breaking ground for the new 49er stadium. Rodgers PCL Russell was the construction team for the project, and Jenkins Peer and DLR Group designed the stadium.

The football stadium complex—situated on 25 acres of land—is composed of the Jerry Richardson Stadium, a field house, and two practice fields.

The facility contains 15,314 seats that can be expanded to 40,000 seats. The stadium also hosts a press box with media seating, a university box, and television and radio booths on the west sideline on the concourse level. The Jerry Richardson Stadium is a zero-waste facility with all waste produced in the stadium recycled or composted. On June 11, 2013, the new 49er stadium was named Jerry Richardson Stadium in honor of former founder and owner of the Carolina Panthers, Jerry Richardson, for his contributions to the football stadium. Brad Lambert served as the first head coach of the 49er football team. The stadium opened on August 31, 2013, with an inaugural game between the Charlotte 49ers and Campbell University’s Campbell Fighting Camels.