The Macy Building was one of the first two buildings on the UNC Charlotte campus. Both Macy and Kennedy were constructed in 1961, designed by Odell Associates, Inc. and built by F. N. Thompson, Inc. The 18,000 square foot research and instructional facility cost $418,000 and existed without a name for ten years, known simply as building “L.” 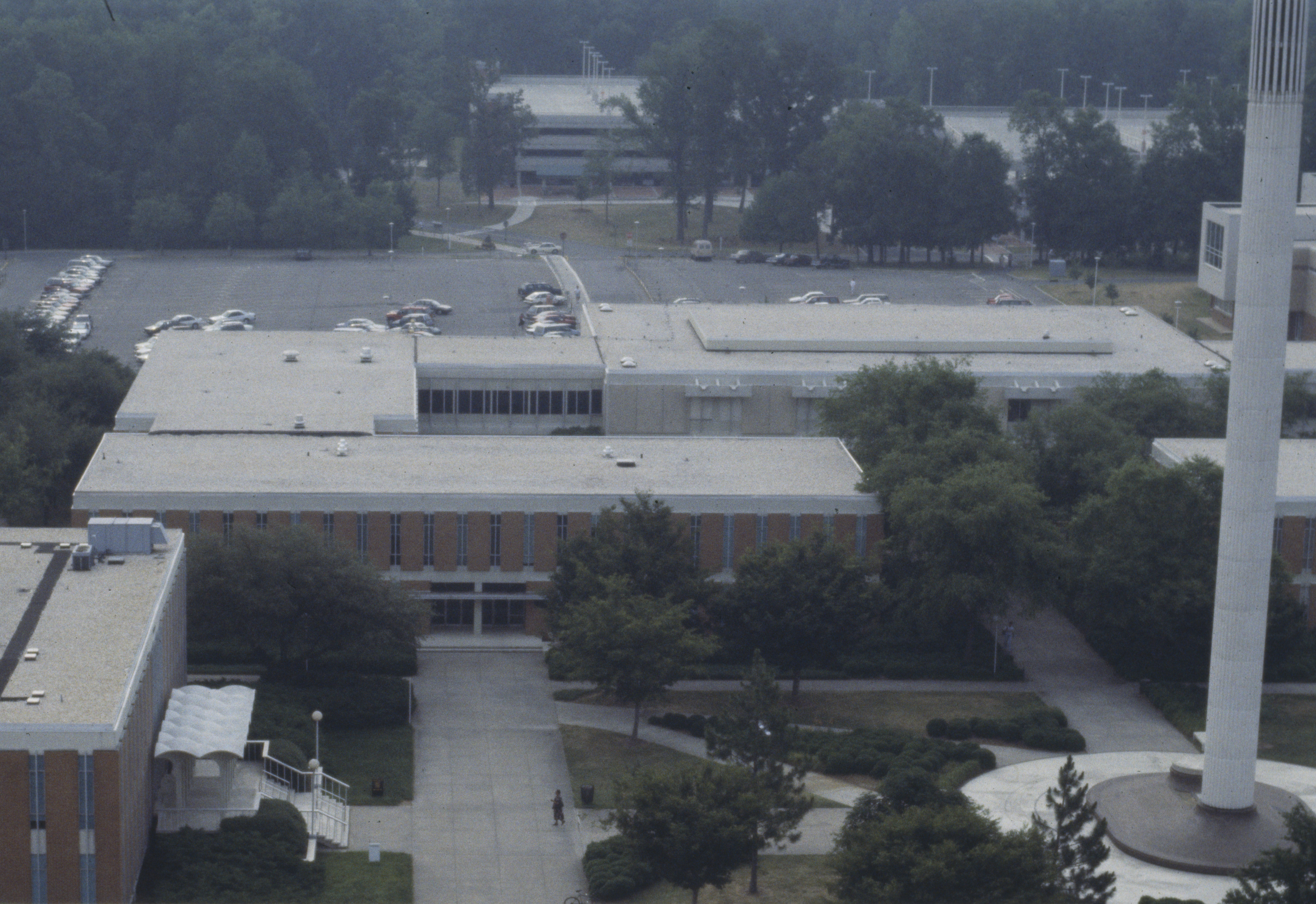 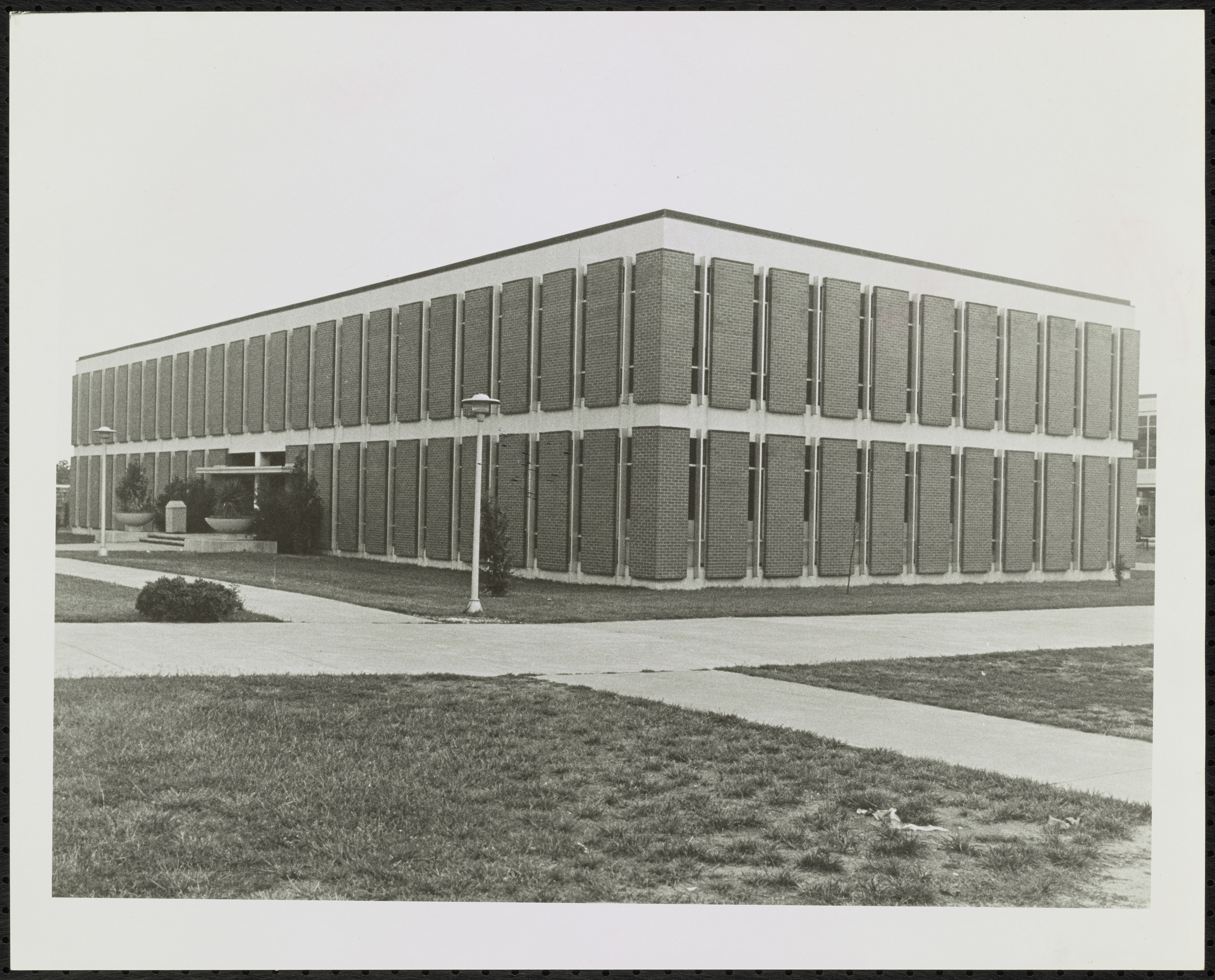 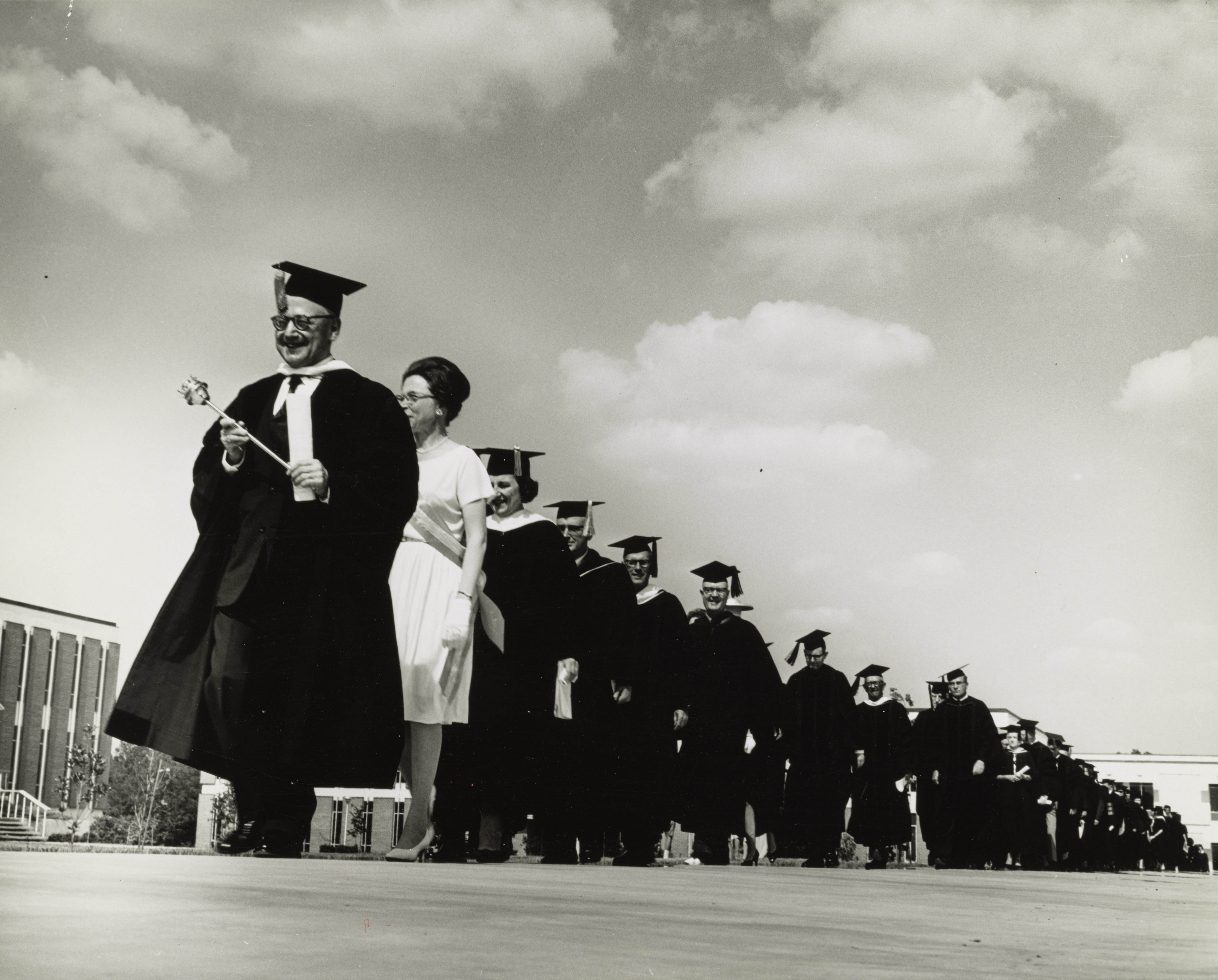 On August 13, 1971, the Board of Trustees of the Consolidated University named the building after Dr. Pierre Macy (1899-1990), professor emeritus of French. The Macy Building was dedicated on October 29, 1971 in a celebration known as Dedication Day, along with buildings Barnard, Winningham, Reece, and the Dalton Tower.

Original plans for the academic building included ten classrooms, one foreign language lab, one lecture room, twelve offices, a temporary student lounge to be converted into two classrooms at a later date, and a temporary administrative space to be converted into ten offices at a later date. Dr. Macy was involved in the planning of his future namesake. He visited many language laboratories and requested that this one be designed in the same manner as one at Elon College. A language laboratory allowed for listening, speaking, monitoring, recording, and intercommunicating between student and teacher.

In his twenty years of service, Dr. Macy was dedicated to the school. He established and maintained the foreign language program at Charlotte College (UNC Charlotte’s predecessor), contributed 100 French and Spanish textbooks and novels to the college’s first library, and continued to teach at the university well beyond his retirement age. He was the university’s first commencement marshal, advised the French club, and served on numerous committees. He was also well-regarded by the students, who dedicated the 1960 edition of the yearbook to him.

“No Longer Nameless,” September 20, 1971, The Carolina Journal, University of North Carolina at Charlotte.