The Karen A. Popp and Demond T. Martin Student Union was built on the campus of UNC Charlotte in 2009. In 2016 it was dedicated to notable university alumni, Karen Popp (Class of 1980) and Demond Martin (Class of 1997). In addition to being a gathering place for students, it houses a dining hall, passport services, a salon, a movie theater, an art gallery and the offices of the student government association, student organizations, and university units focused on the student experience.

Karen Popp & Demond Martin with their families at dedication ceremony 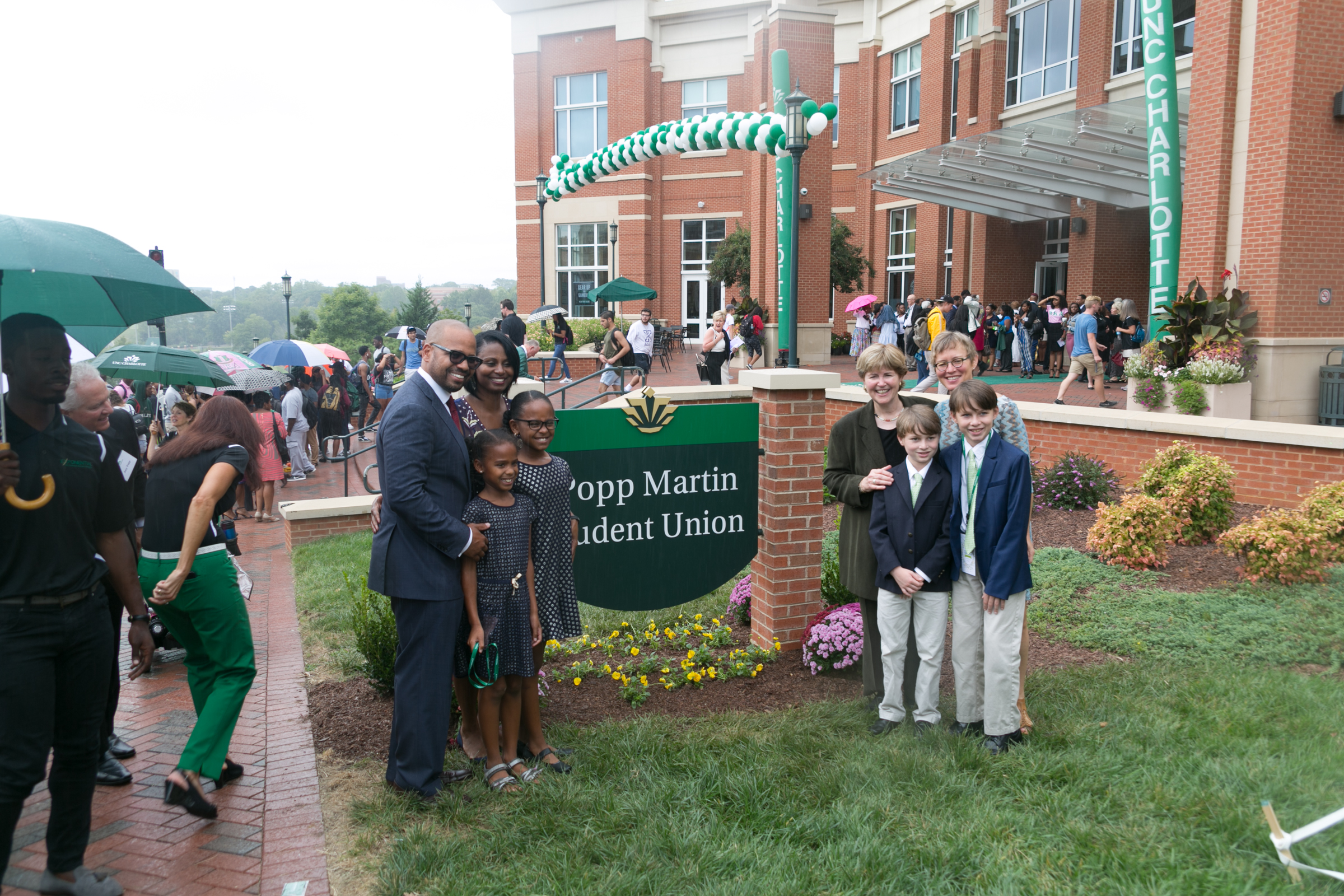 Students walking to and from the Popp Martin Student Union 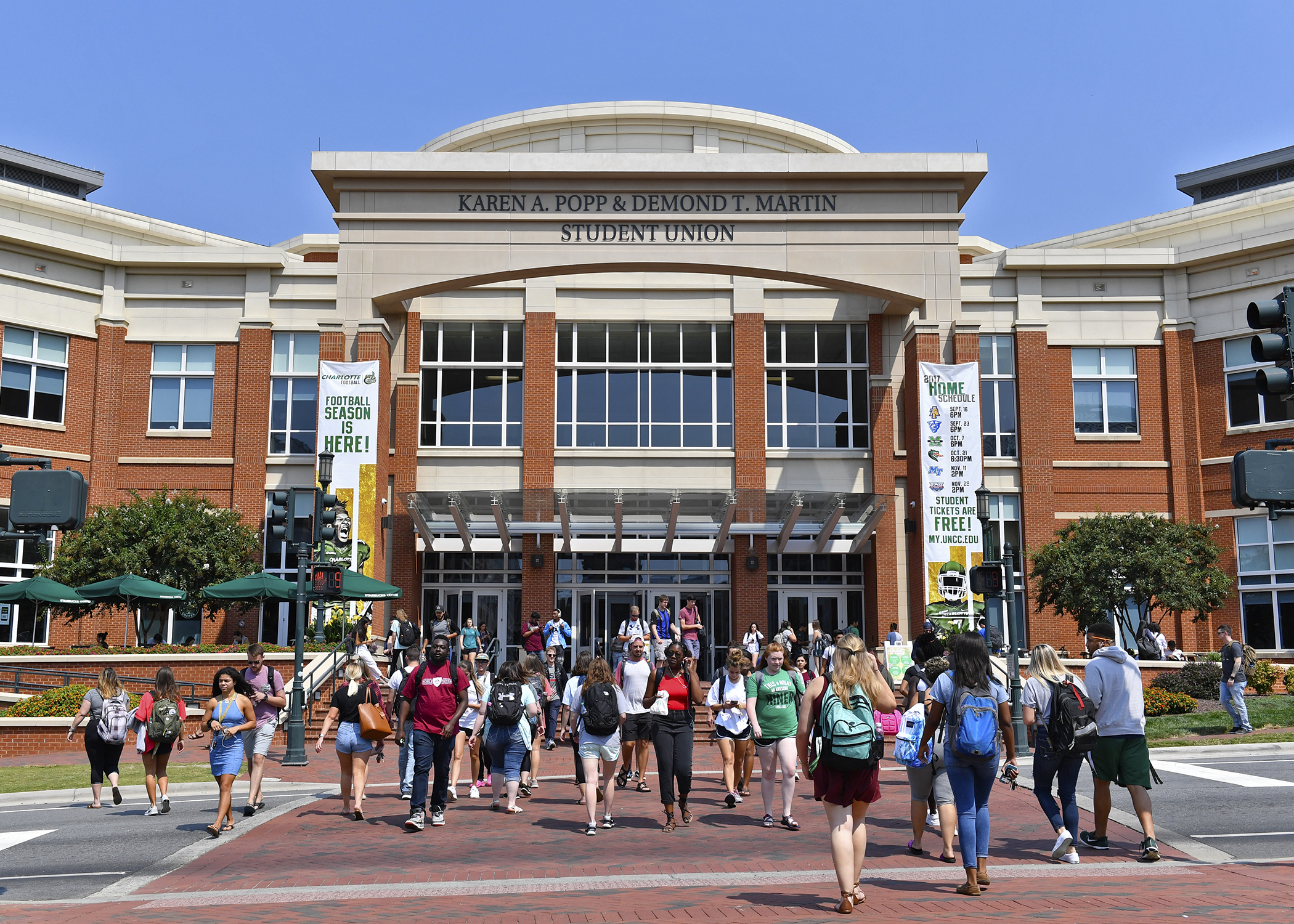 Atrium inside of the Popp Martin Student Union 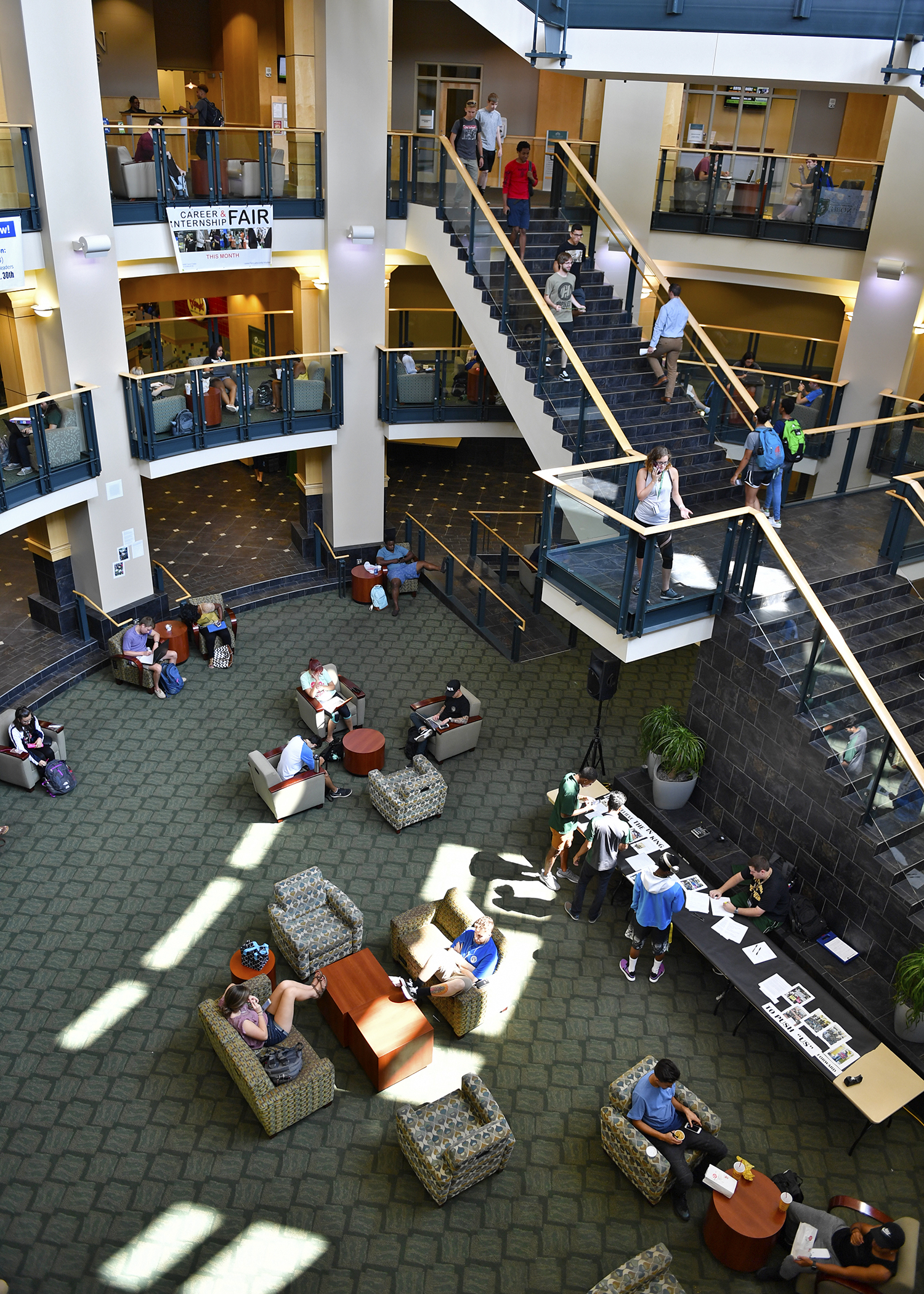 The Bonnie E.Cone University Center served as the central hub for students on campus until construction for the new student union broke ground in 2007. Designed by FWA Group, the building is 196,000 square feet with 3 levels. It contains a 400- seat retail area, a 20,000 square foot bookstore, 210- square foot movie theater, convenience store, student lounges, offices for student organizations and conference rooms. The new student union remained nameless until 2016 when it was named to honor distinguished alumni and benefactors Karen A. Popp and Demond T. Martin. The dedication ceremony was held on April 18, 2016.

Karen A. Popp is a 1980 graduate of UNC Charlotte, where she was the first woman elected as student body president in the UNC system.. Upon graduation she pursued a career in law, eventually serving as a White House counsel to President Bill Clinton. She has also served on the UNC Charlotte Board of Trustees, including as chair.

Demond T. Martin is a 1997 graduate of UNC Charlotte. He was a first-generation college student and a participant in the University Transition Opportunities Program. As a sophomore, he was the youngest student to ever serve as student body president. He later served as a White House assistant for Erskine Bowles and graduated with an MBA from Harvard Business School. He formerly served as a UNC Charlotte Foundation board member and currently serves as a board member for the Obama Foundation.