Though recognized as the Charles H. Chipman Cultural Center for decades, this yellow building with stained glass windows and a double-tower façade has undergone various iterations. The Chipman Center began as the John Wesley Methodist Episcopal Church. Founded by five prominent freedmen of Salisbury’s Black community, the original building was completed in 1838. Prior to the church’s construction, services were said to have been held “on the hill” for both enslaved and free African Americans in the city. At one point, the building also served as a school for Black children in the community. The John Wesley M.E. Church, now the Chipman Center, is the only public remnant of the once thriving Black neighborhood known as Georgetown.

The Charles H. Chipman Cultural Center, the last remaining reminder of the Georgetown neighborhood, pictured in October 2021. (Photo by Allison B. Stancil) 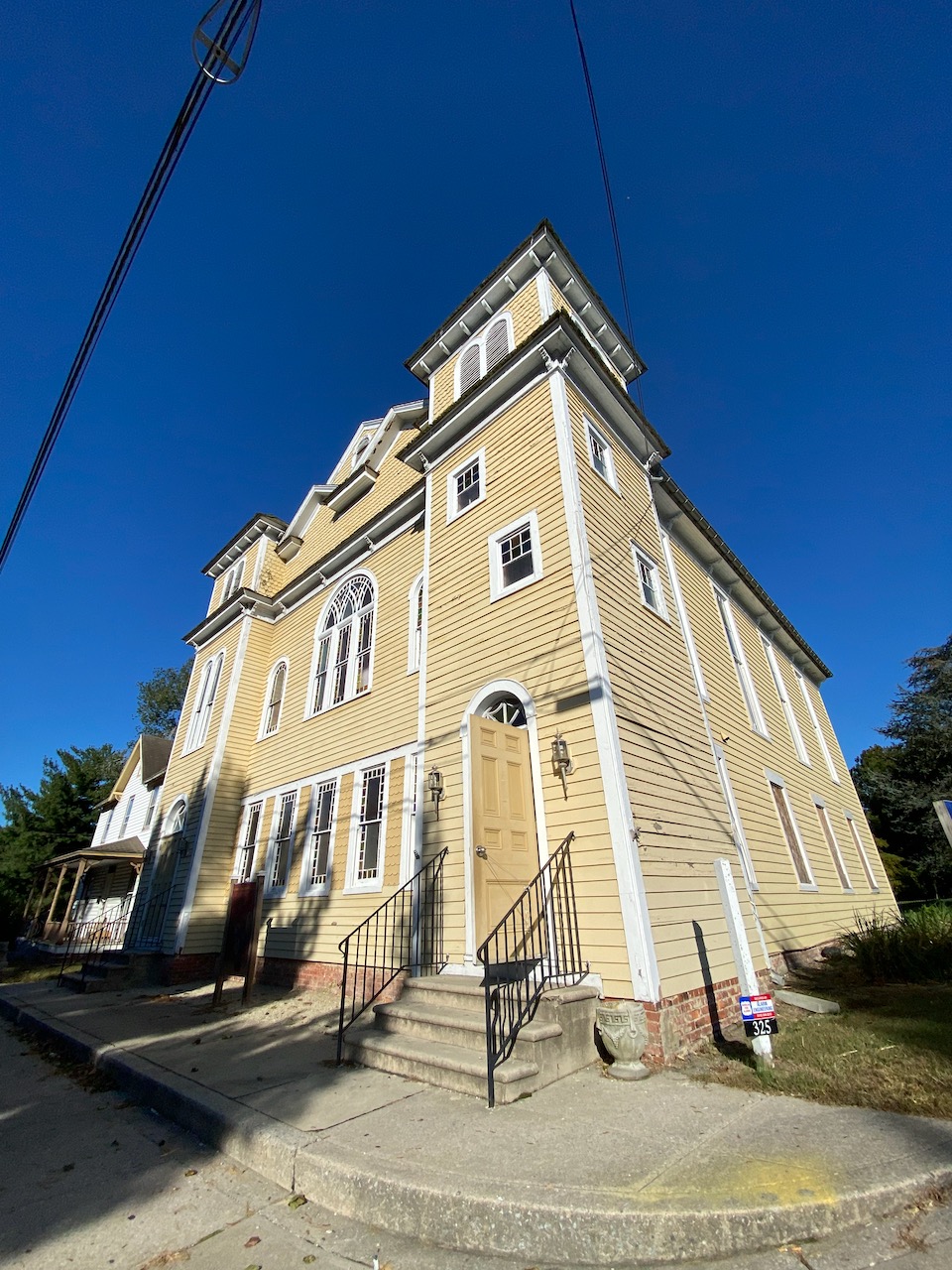 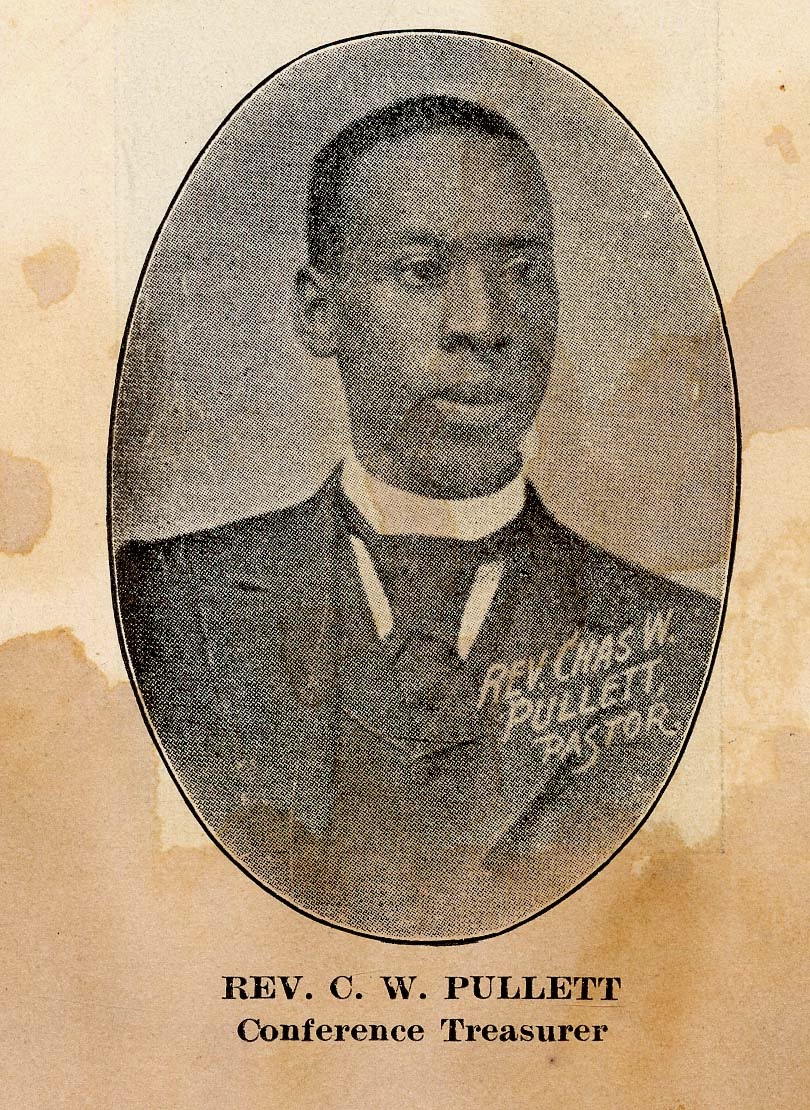 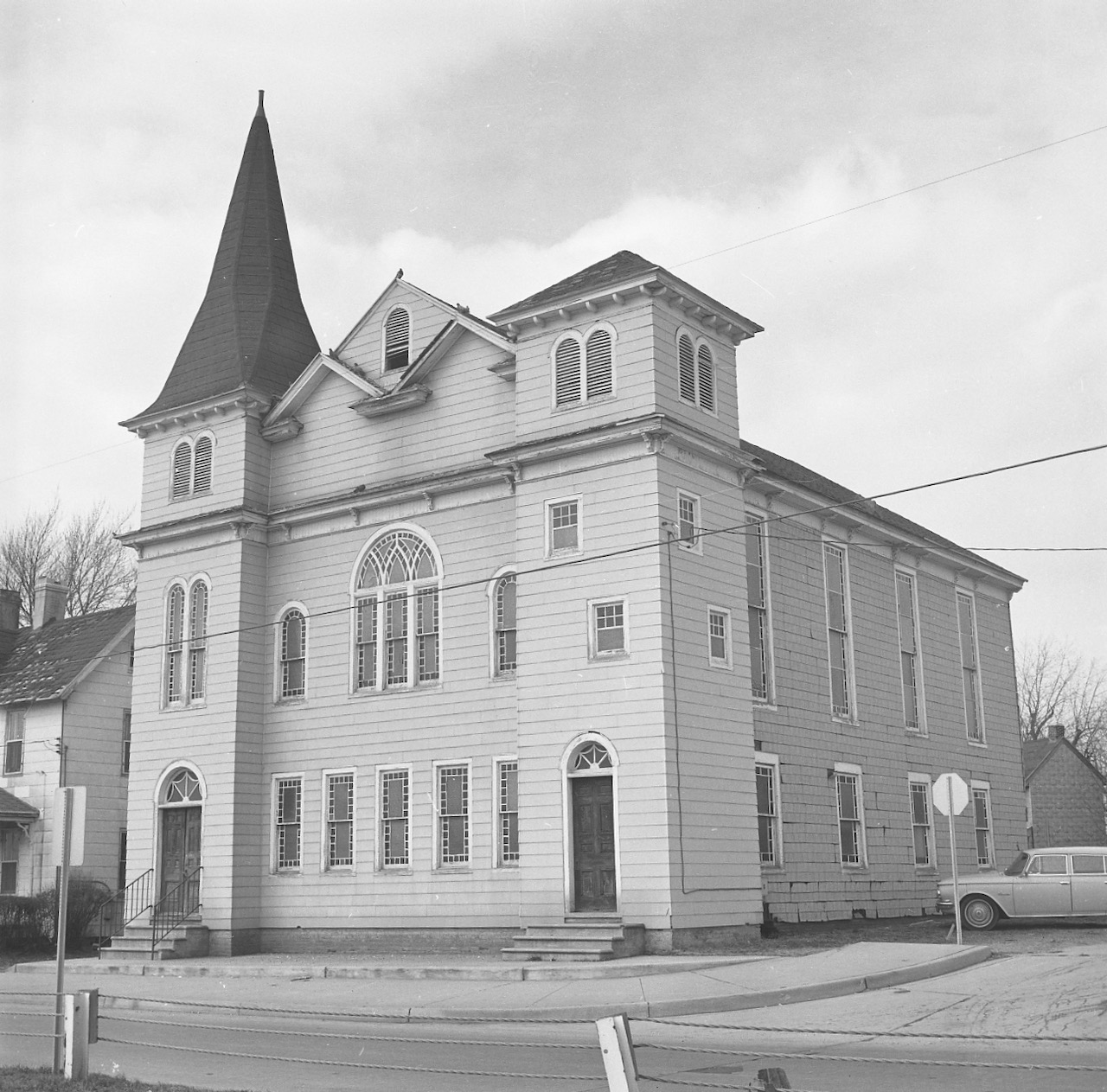 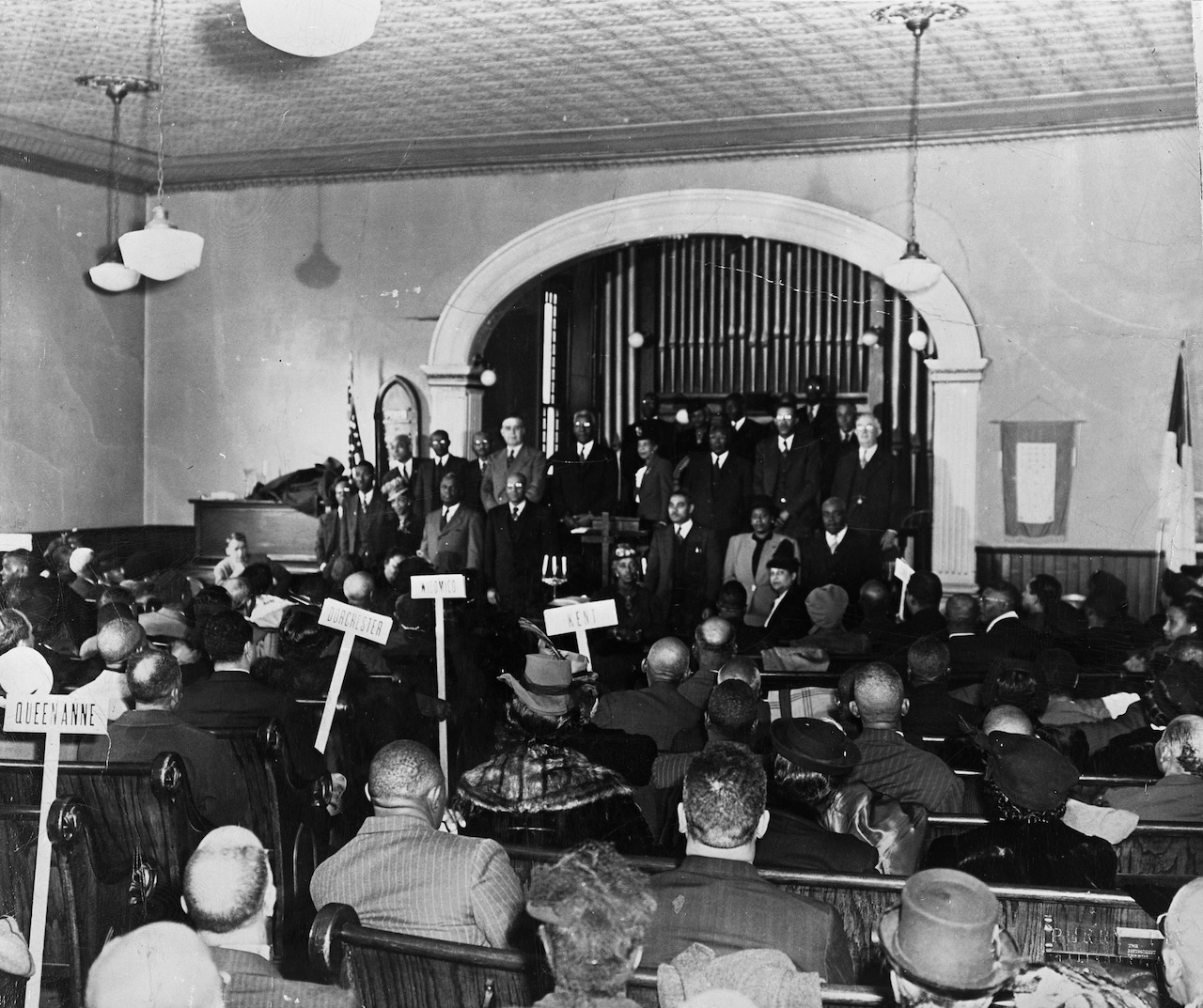 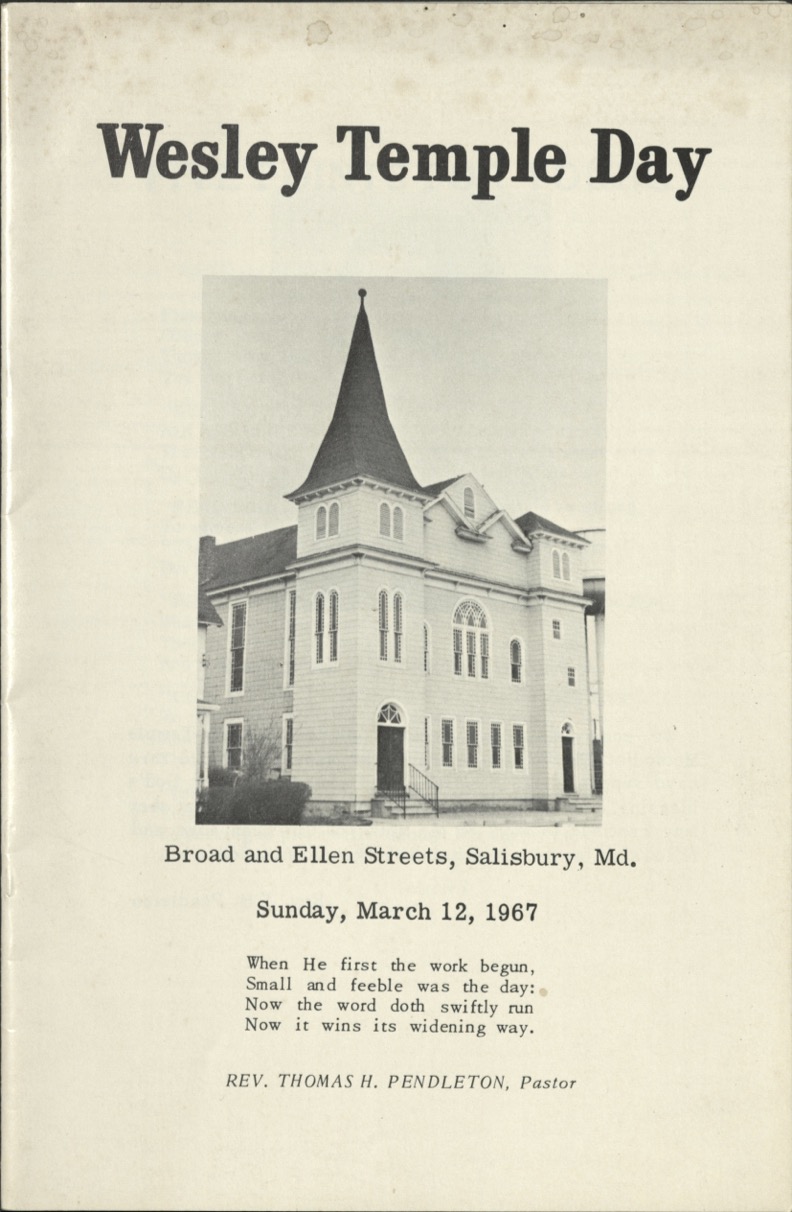 Dr. and Mrs. Chipman standing together in front of what is possibly Salisbury High School. (Linda Duyer African-American History Collection 2012.021) 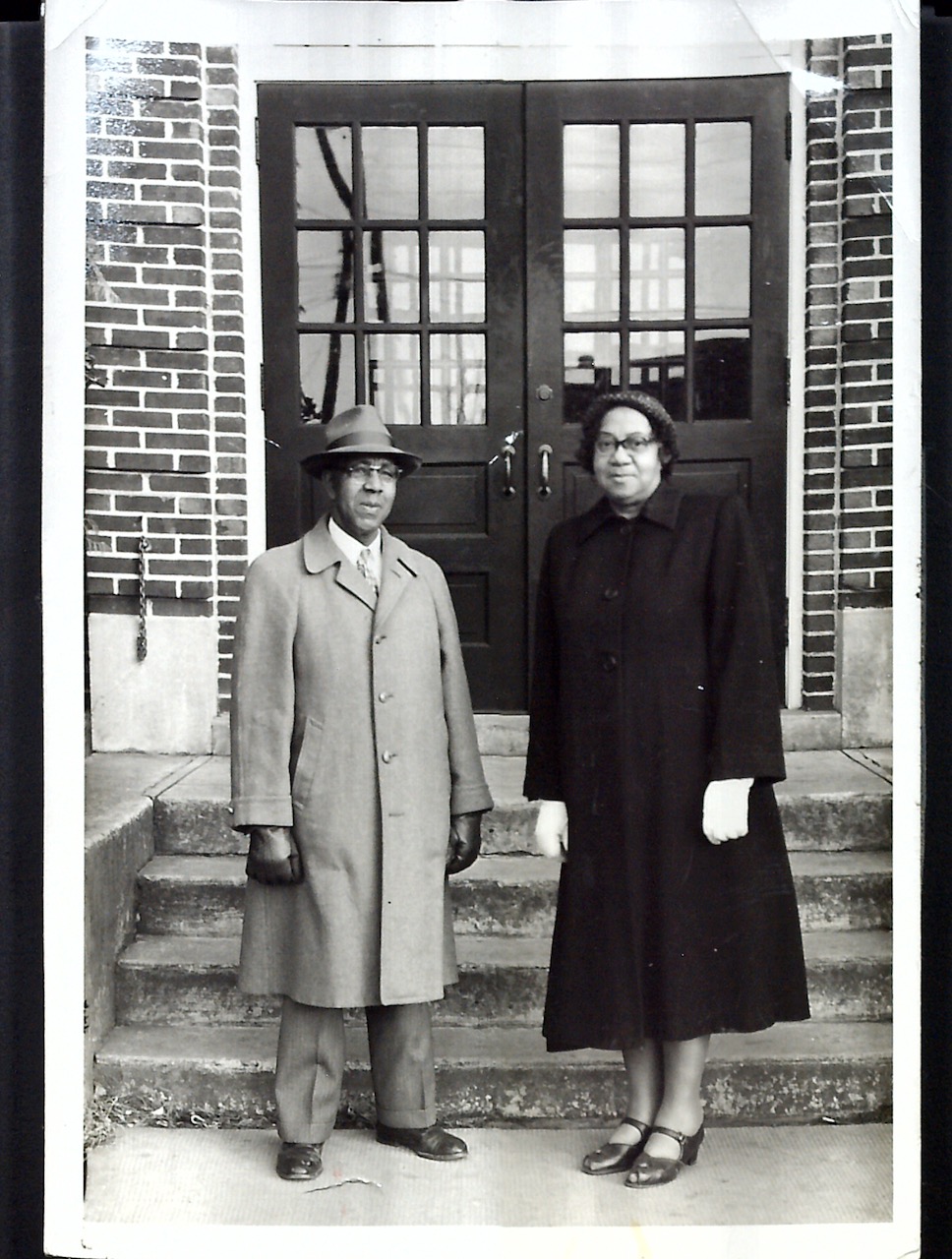 The exterior of the Charles H. Chipman Cultural Center in the 1990s prior to restoration. (Linda Duyer African-American History Collection 2012.021) 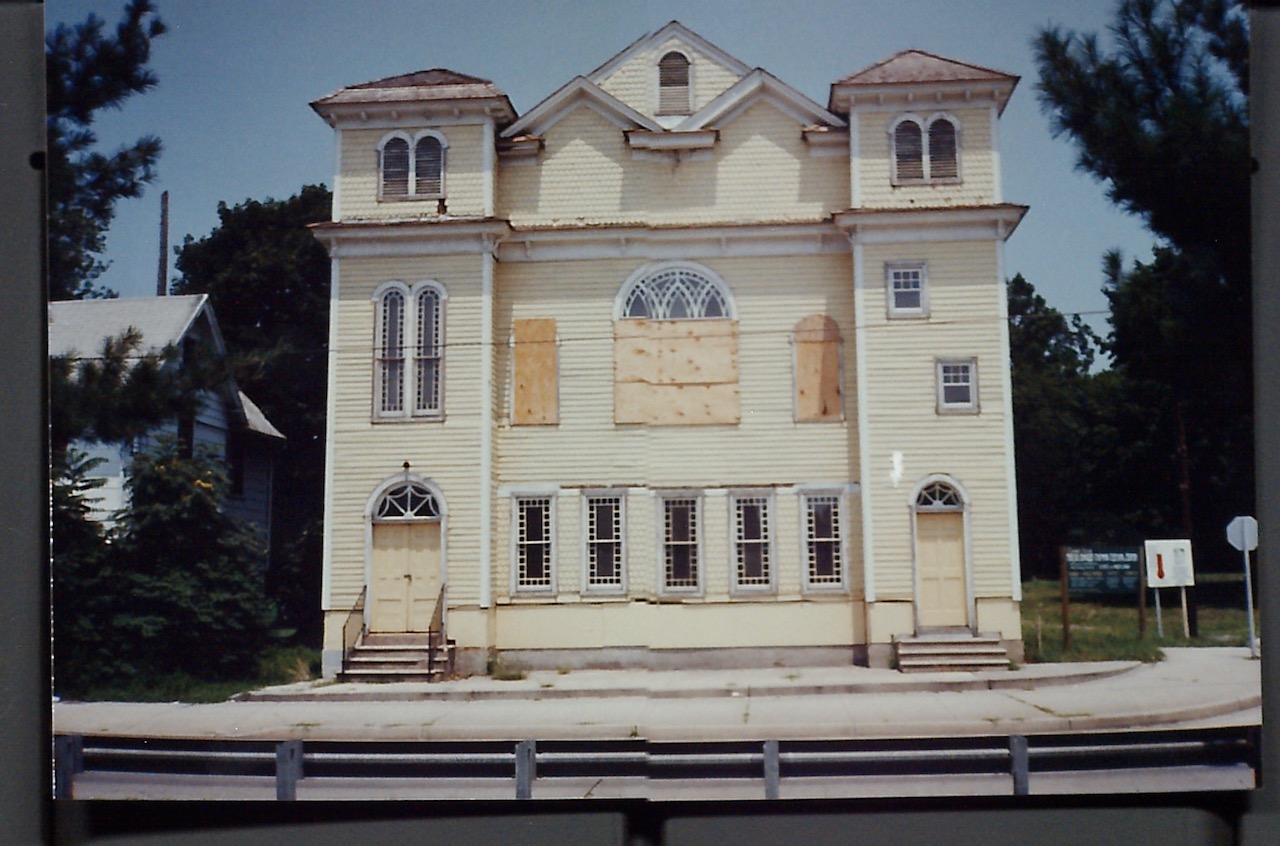 In 1837, Levin Houston, George Pollitt, Micajah Toadvine, George James, and Elijah Pinkett founded the African Methodist Church in Salisbury. Completed in 1838, the original one-story church continued the tradition of Black congregants meeting “on the hill” to worship. Reverend Frost Pollitt first led the church under the Philadelphia Conference of the Methodist Episcopal Church. His son, Reverend Charles Pullett, succeeded him as the church’s second preacher and brought the church into the newly formed Delaware Conference. In 1876, it was incorporated as John Wesley Methodist Episcopal Church. As written in a historical sketch of John Wesley M.E. Church, “During the succeeding years the congregation under the able leadership of the […] pastors experienced many improvements in their church and parsonage.”[1]

Perhaps the most challenging renovation included the leveling of the hill to make way for the church’s second story which was completed in 1889. On February 24, 1880, Frederick Douglass spoke at the Salisbury courthouse to raise funds for this second story addition, charging attendees fifty cents for admission. Solomon Houston, son of founder Levin Houston and member of the church’s Board of Trustees, hosted Douglass during his stay in Salisbury. It is not hard to believe that Douglass would have attended a service at the church. Besides its use as a church and a meeting hall, John Wesley M.E. also served as a school for Black children in Salisbury.

Longtime Salisbury High School principal and community leader Dr. Charles H. Chipman, along with his wife Jeanette Pinkett Chipman, purchased the abandoned church and parsonage in 1968 to save it from being demolished. The Chipmans had previously been members of the congregation and Jeanette Pinkett Chipman’s ancestor, Elijah Pinkett, was one of the founders of the church. After the passing of both Dr. Chipman and Jeanette, the church building opened as the Charles H. Chipman Cultural Center in 1994 and is operated by the Chipman Foundation, Inc., “a non-profit organization dedicated to maintaining the facility and educating the public of the region’s rich cultural background and to encourage community support for multi-cultural issues and programs.”[2] After a hiatus due to the COVID-19 pandemic, the Chipman Cultural Center is working to once again host community meetings and events that help honor the Georgetown community’s legacy.

Created by Edward H. Nabb Research Center for Delmarva History and Culture on December 3rd 2021, 5:08:46 am.