Item 3 of 19
This is a contributing entry for Foggy Bottom Historic District Walking Tour and only appears as part of that tour.Learn More.

The 2400 block of I Street features typical two-story working class Foggy Bottom Historic District row houses. Most of the brick row houses you see on both sides of the street were built between 1880 and 1910. The row houses were also used as grocery stores, saloons and other neighborhood businesses. They faced potential demolition in the 1950s, but instead, following the Georgetown neighborhood model, the houses were renovated and preserved. 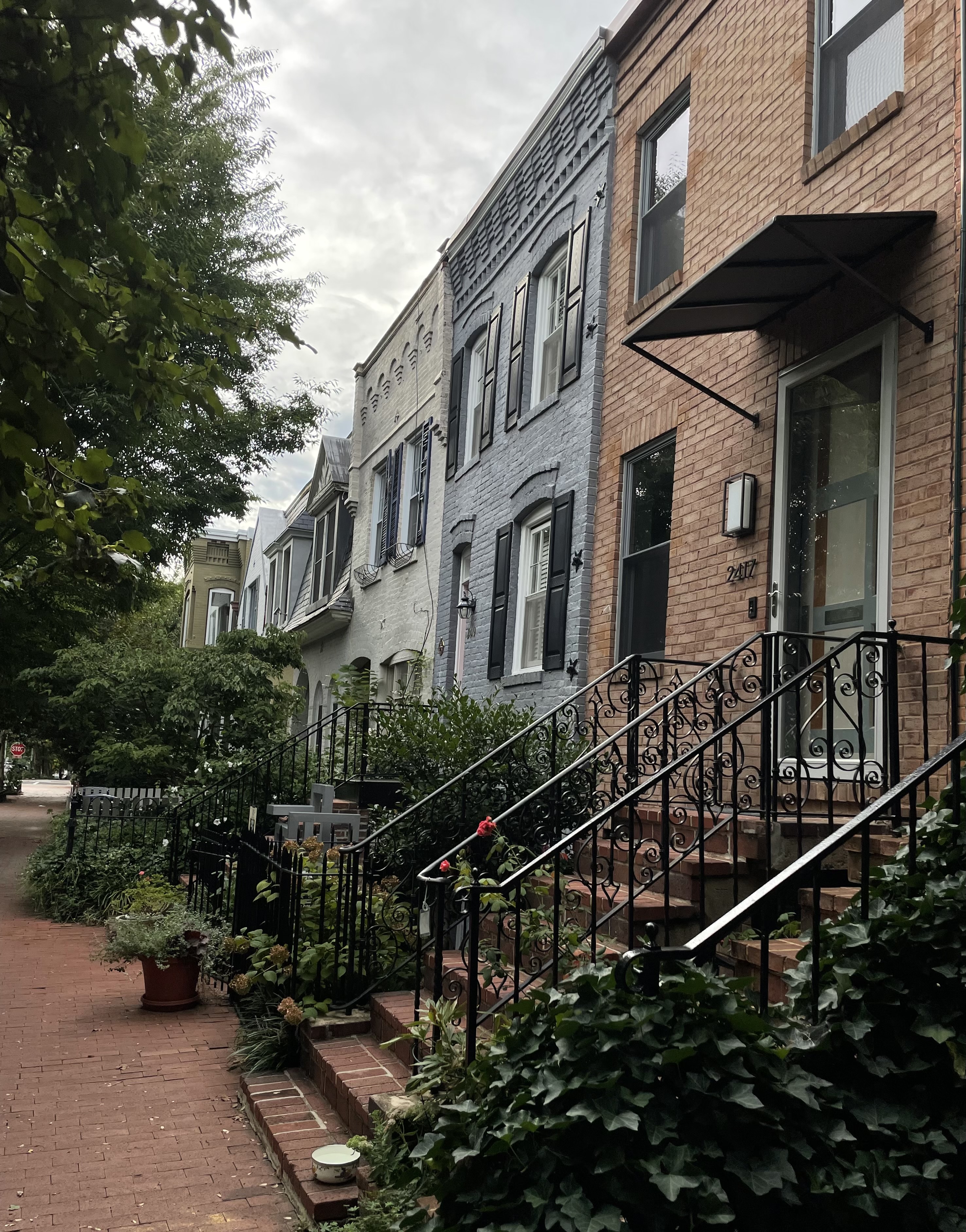 Row houses undergoing renovation in the 1950s (I St.) 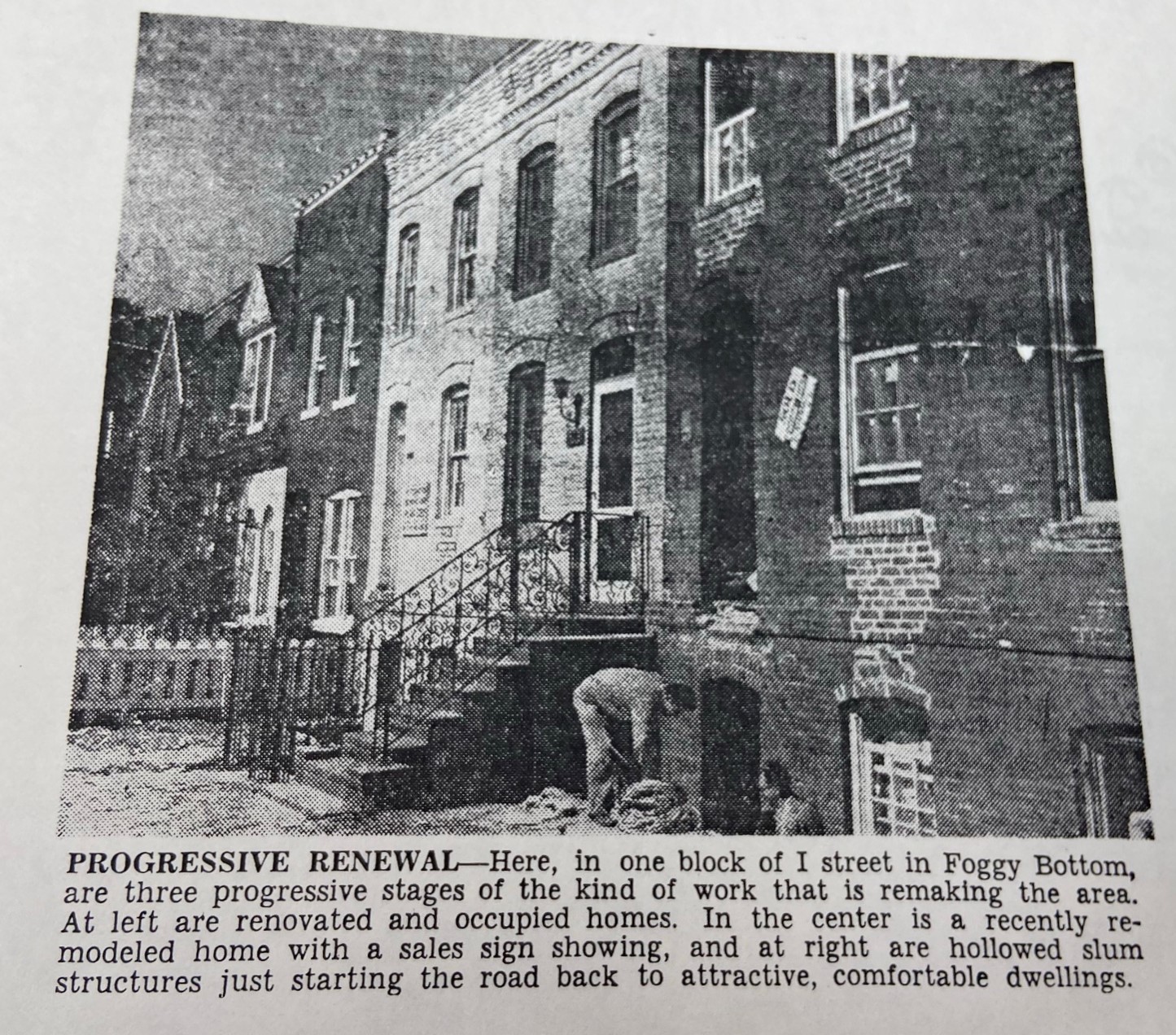 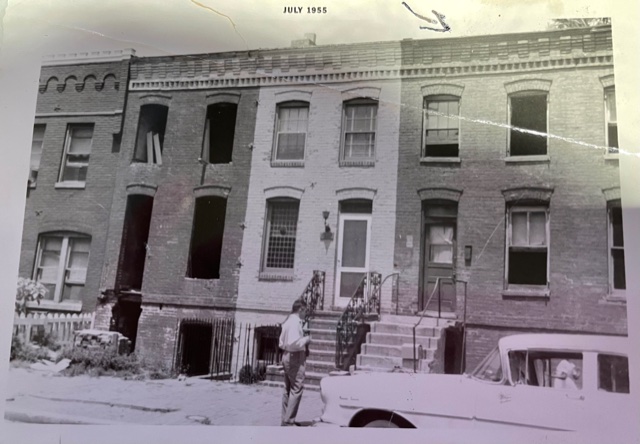 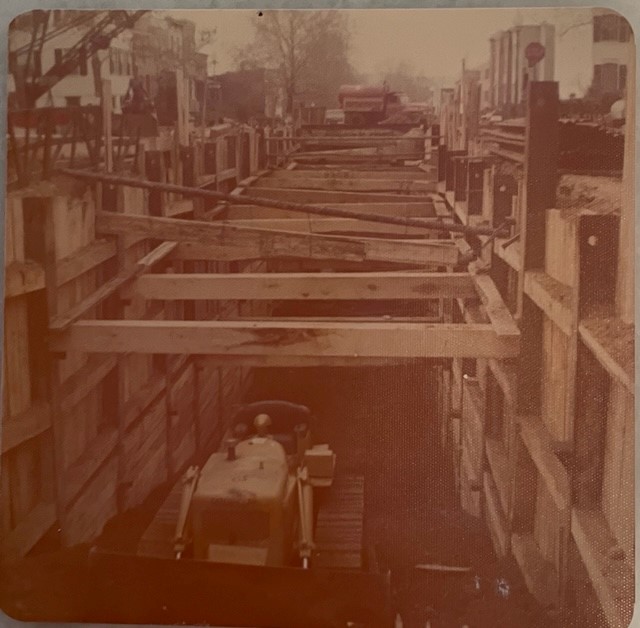 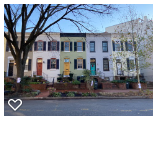 Passageway to Snows Court Alley Houses, off I St. 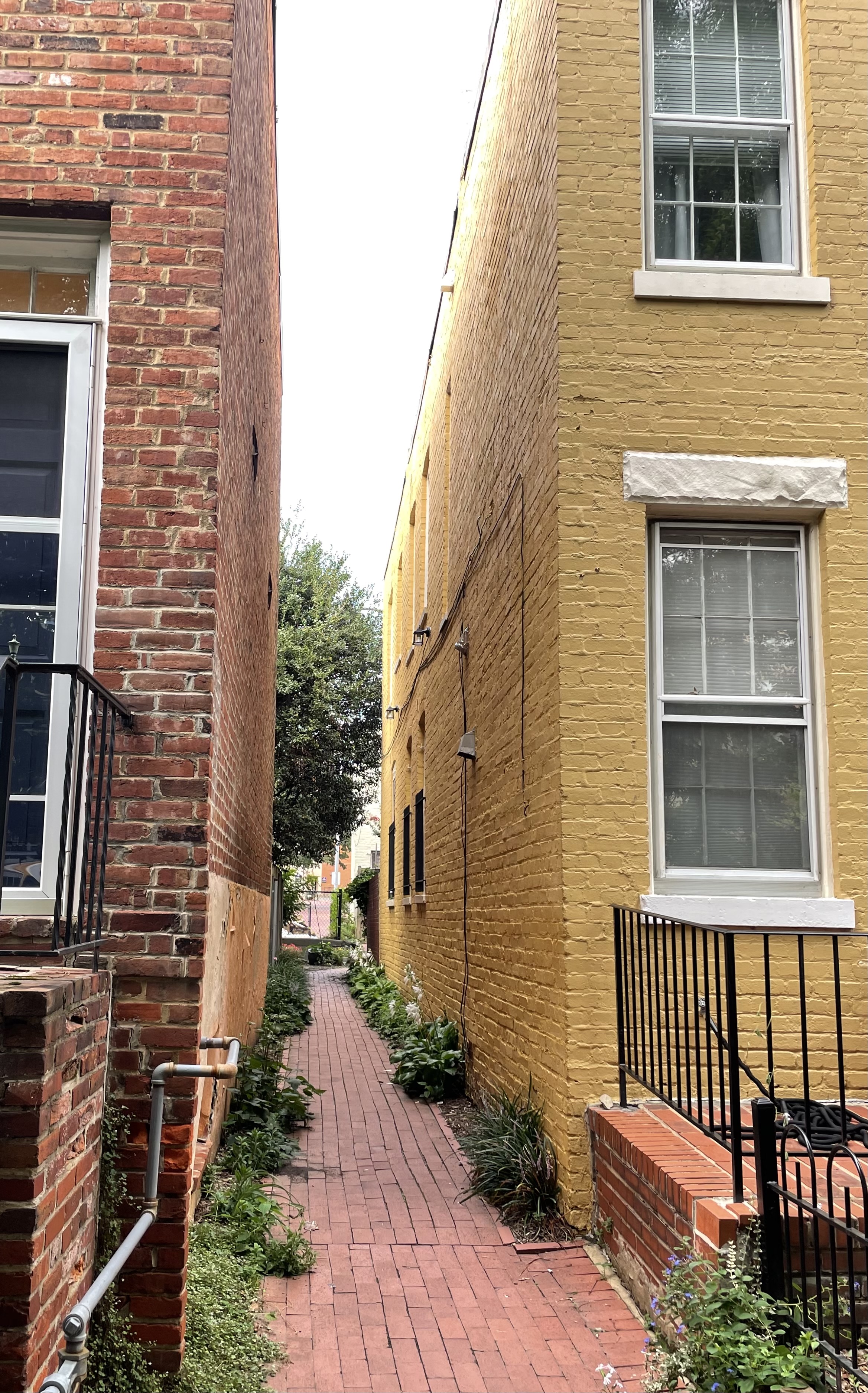 A typical Foggy Bottom historic row house is brick, 12-16 feet wide and 26 feet deep, and two or three stories high. Most of the houses have fenced in gardens or patios in the back. From an architectural perspective, the “late Victorian” row houses generally have flat-fronts and simple ornamentation. Builders used pressed and molded brick detailing builders to make even modest houses appear distinct. They feature a variety of brickwork around the windows, doors and rooflines. Some houses are set back from the sidewalk and others are not. Without side windows, cross-ventilation and natural light are significantly reduced. The red brick sidewalks add to an Historic District' character.

During most of the area's history, some of these residential buildings were also used for commercial businesses that served the community. For example in 1914, Lew Nesline operated a saloon at 2401 I Street (corner of I St. and New Hampshire Ave., now replaced by a 1958 residence); across the street (2404 I St.) was a green grocer. The owners often lived on the floor above the businesses.

The mid-1950s were a transition period in Foggy Bottom. These I Street. houses, built 1885, provide an example - No. 2415 was occupied by several families totaling more than 25 people. It was heated with a wood-burning stove and had an outdoor toilet. The No. 2417 house had just been gutted and was being renovated. The No. 2419 house, windows and doors missing, was abandoned and condemned.

2417 I Street is a house with distinctive decorative Black iron railing and fence, installed in the 1950s. Black iron is used in fencing, stairways, and railings throughout the neighborhood.

The house next door (2415 I St.) has a modern brick façade because the Metro subway construction damaged the historic façade. The Metro line runs under the 2400 block of I Street. During its construction in the early 1970s, the digging and vibrations damaged the attachments of the facades of several buildings on this side of the street. Metro offered some compensation and this owner used the compensation money and more to completely rebuild. Residents still feel the vibrations of the Metro trains today, but they haven’t caused any structural damage. From time to time residents have to straighten their wall hangings.

The City technically owns the property from the street to the front door, but each owner maintains their front areas and tree lawn space to the curb.

Boyd Directory for the District of Columbia, 1914