Item 6 of 19
This is a contributing entry for Foggy Bottom Historic District Walking Tour and only appears as part of that tour.Learn More.

Continue walking through Snows Court to see additional 1880-era row houses, including the much photographed row of Nos. 1-7. This area also includes the alley's smallest house and the site of the founding of the Foggy Bottom Association, which since the 1950s has worked to preserve the neighborhood's history, maintain its green spaces, and advocate for the community on issues of concern. 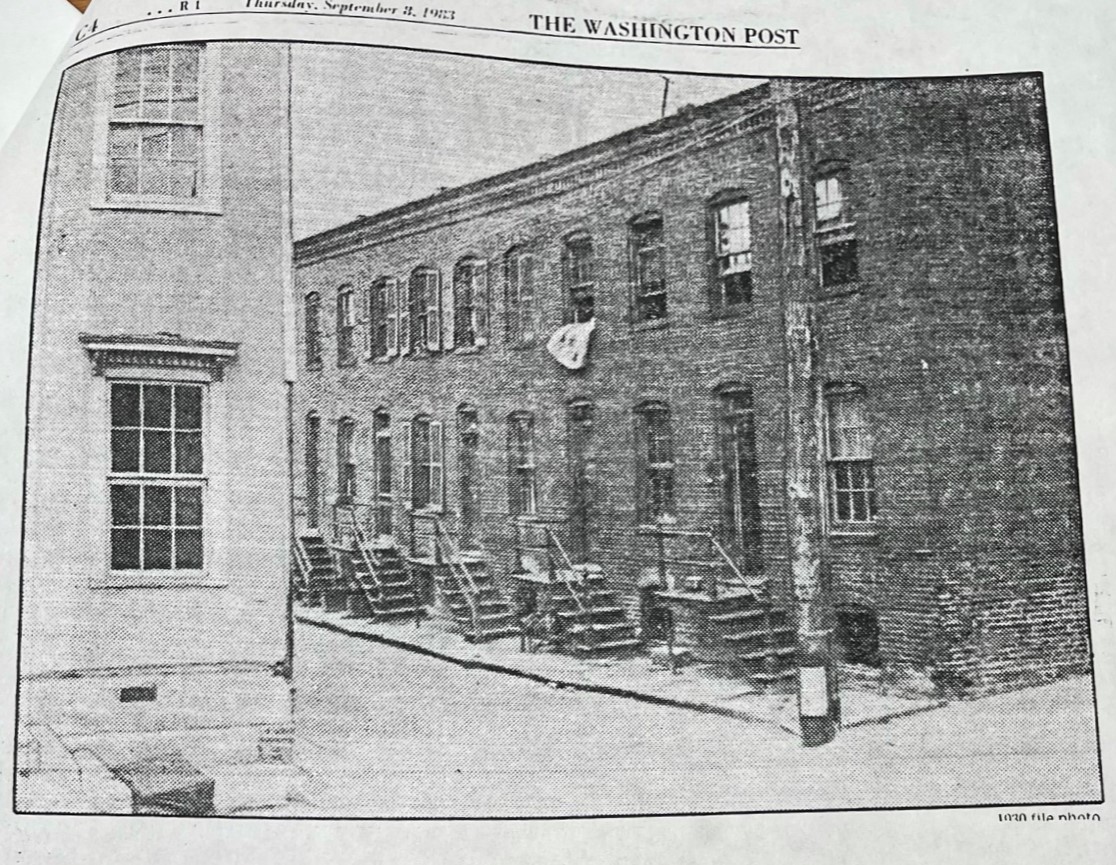 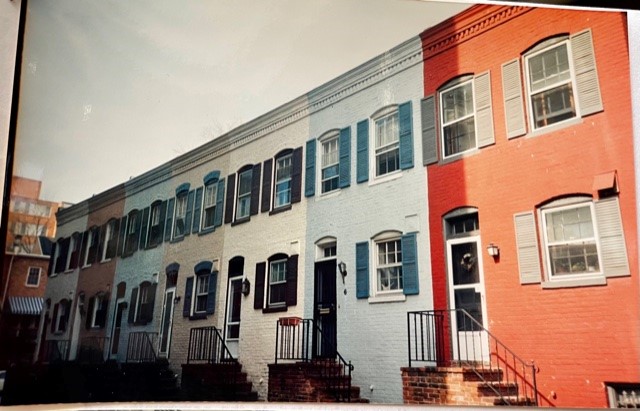 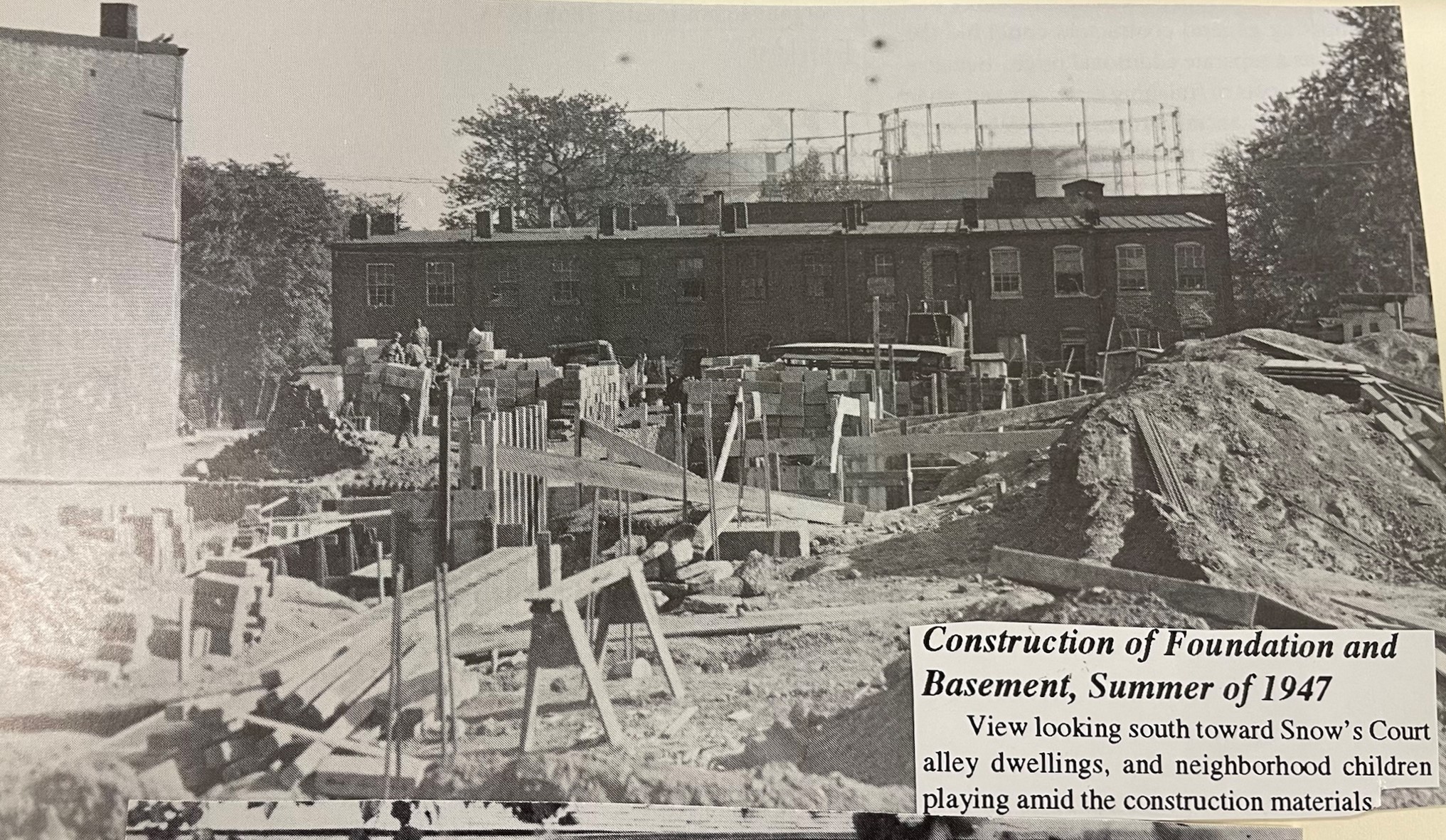 NOW: The original rear facades of Snows Court Nos. 1-7 have been preserved 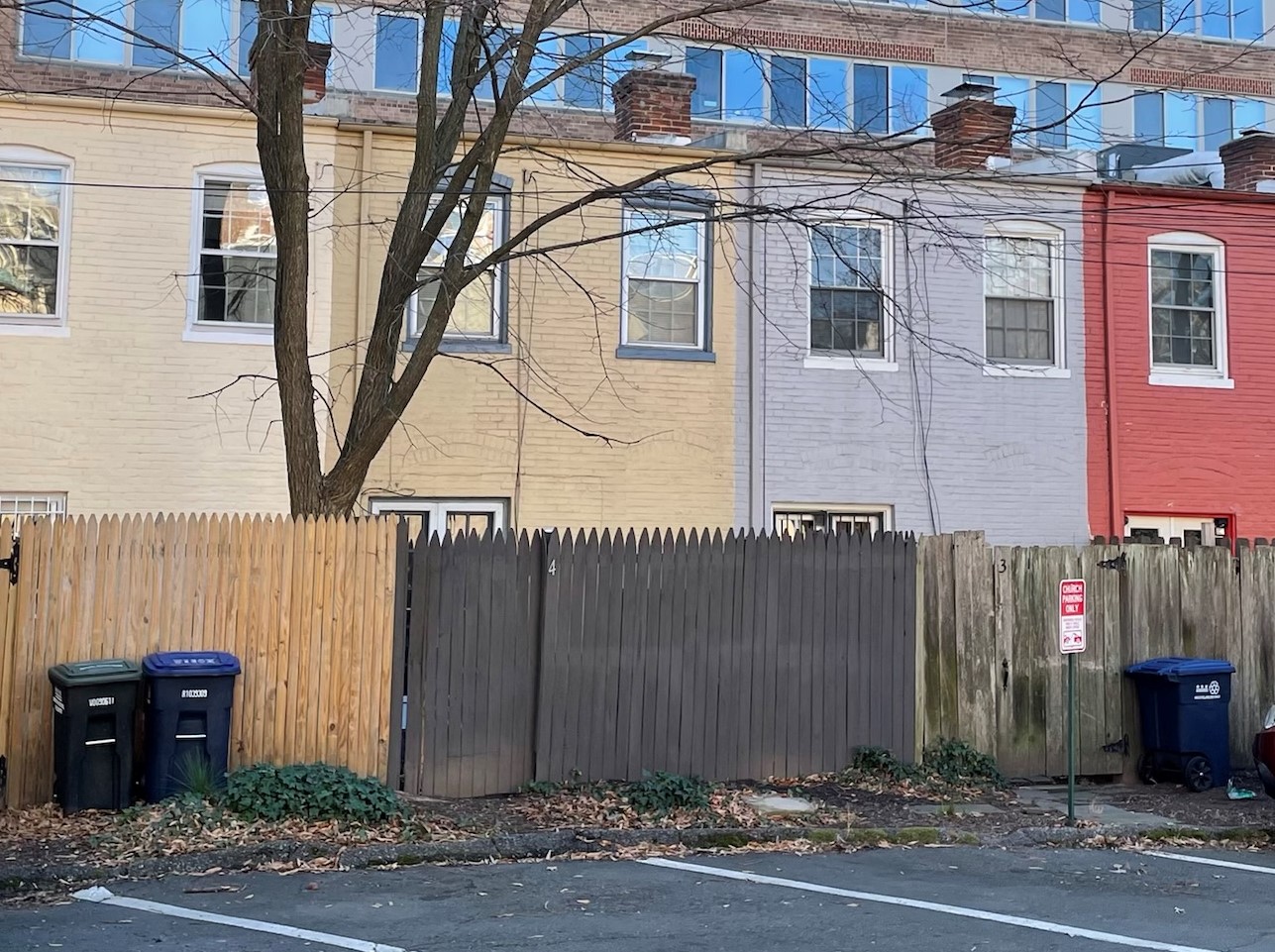 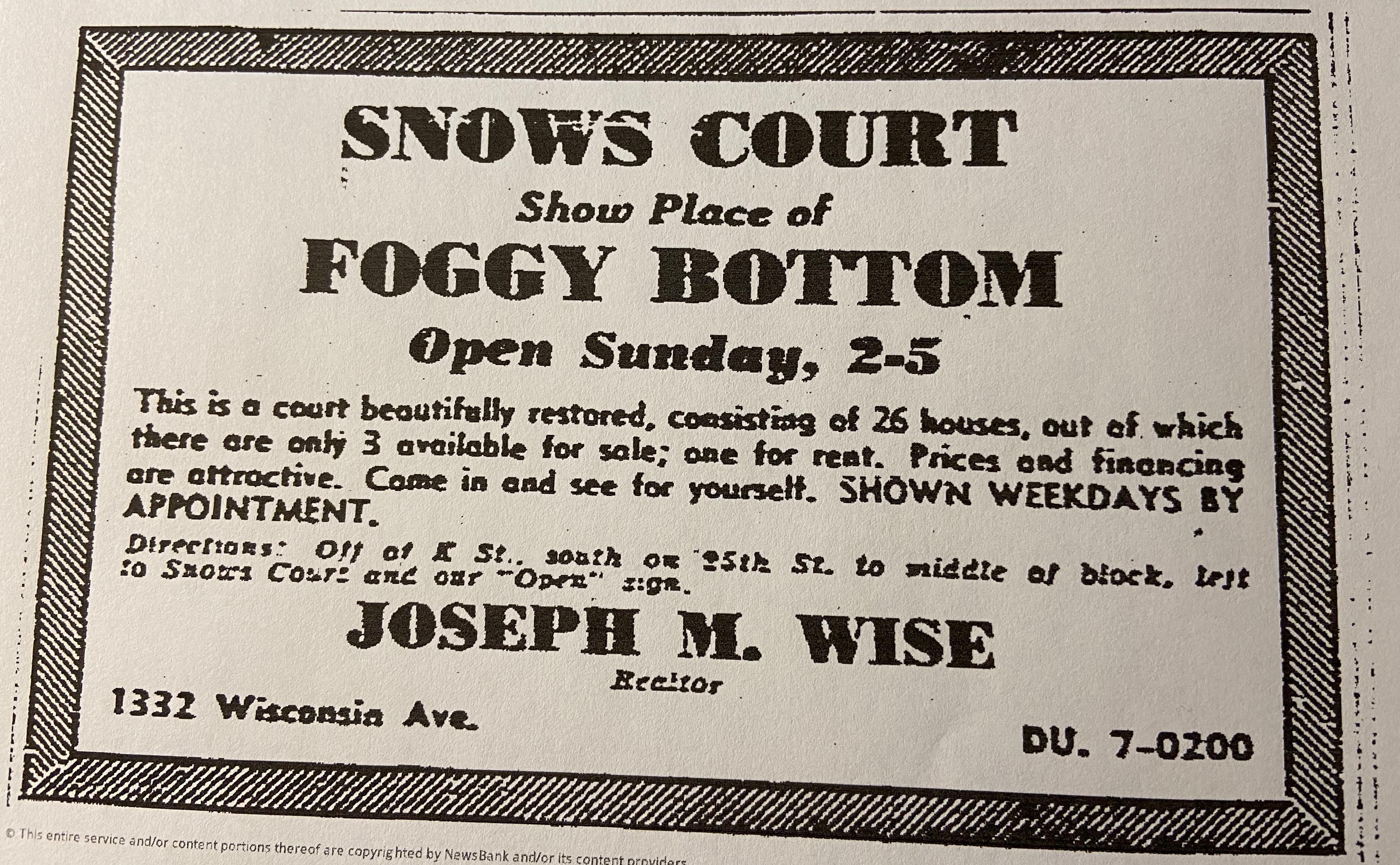 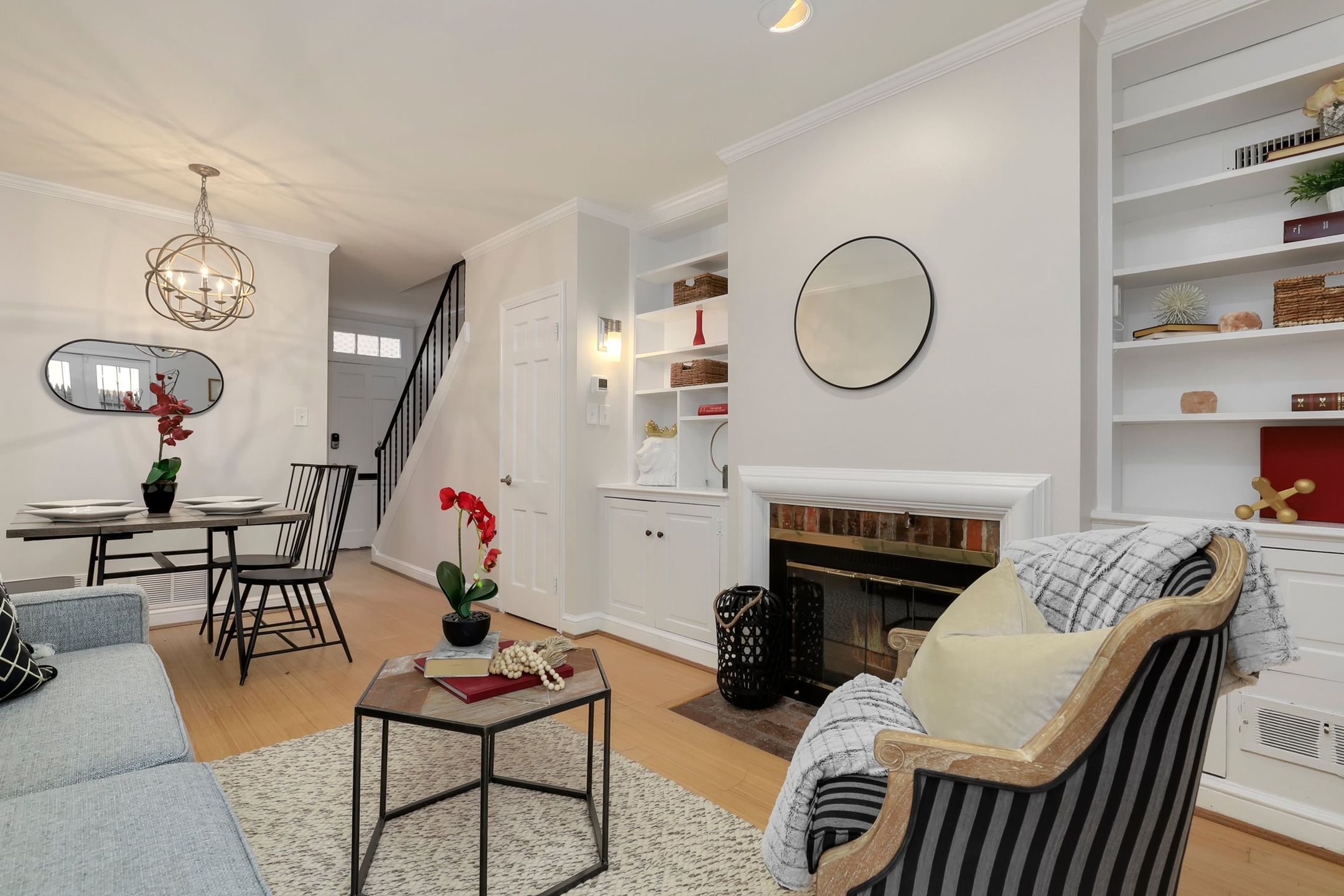 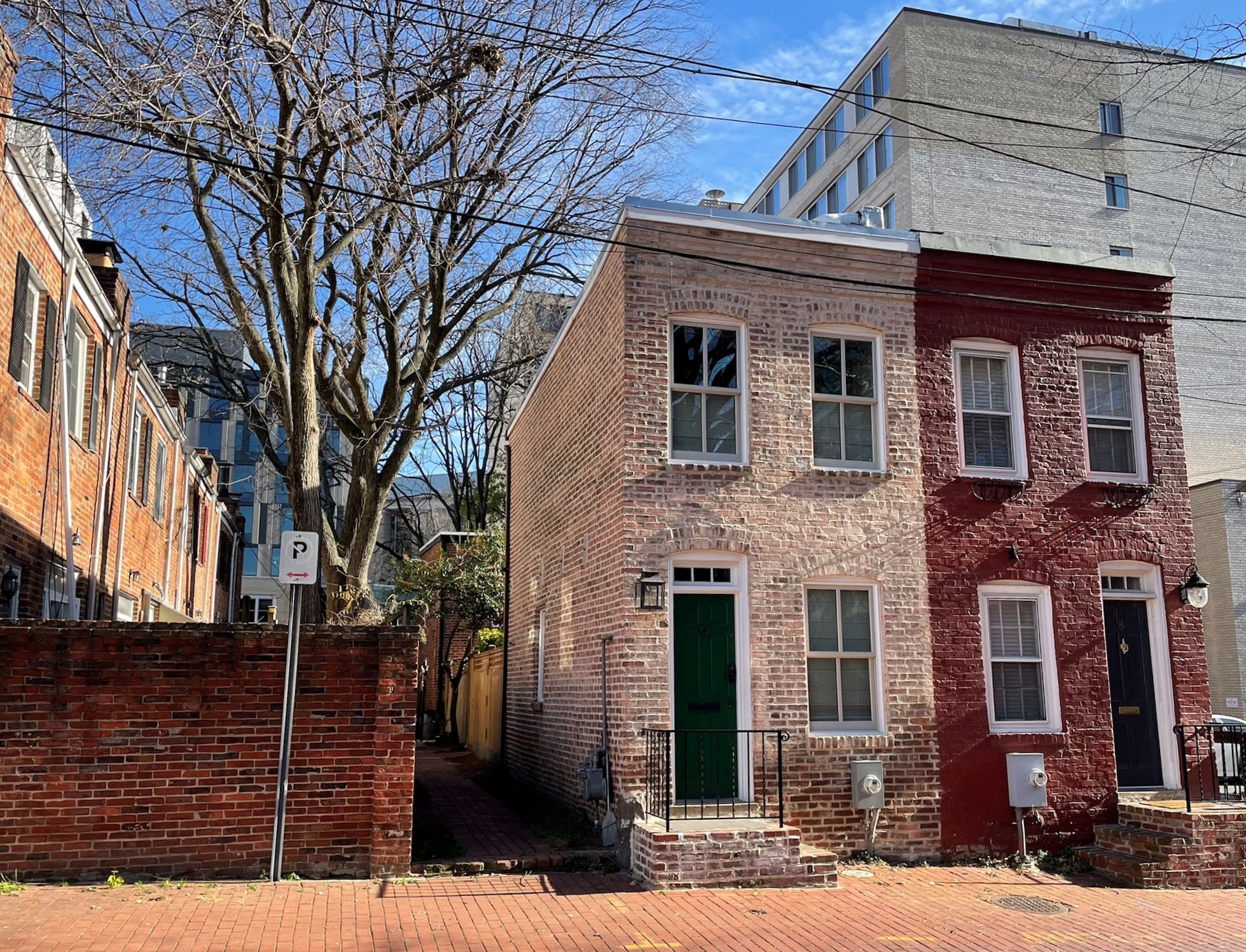 No. 11 Snows Court, location of the founding meeting of the Foggy Bottom Association, 1959 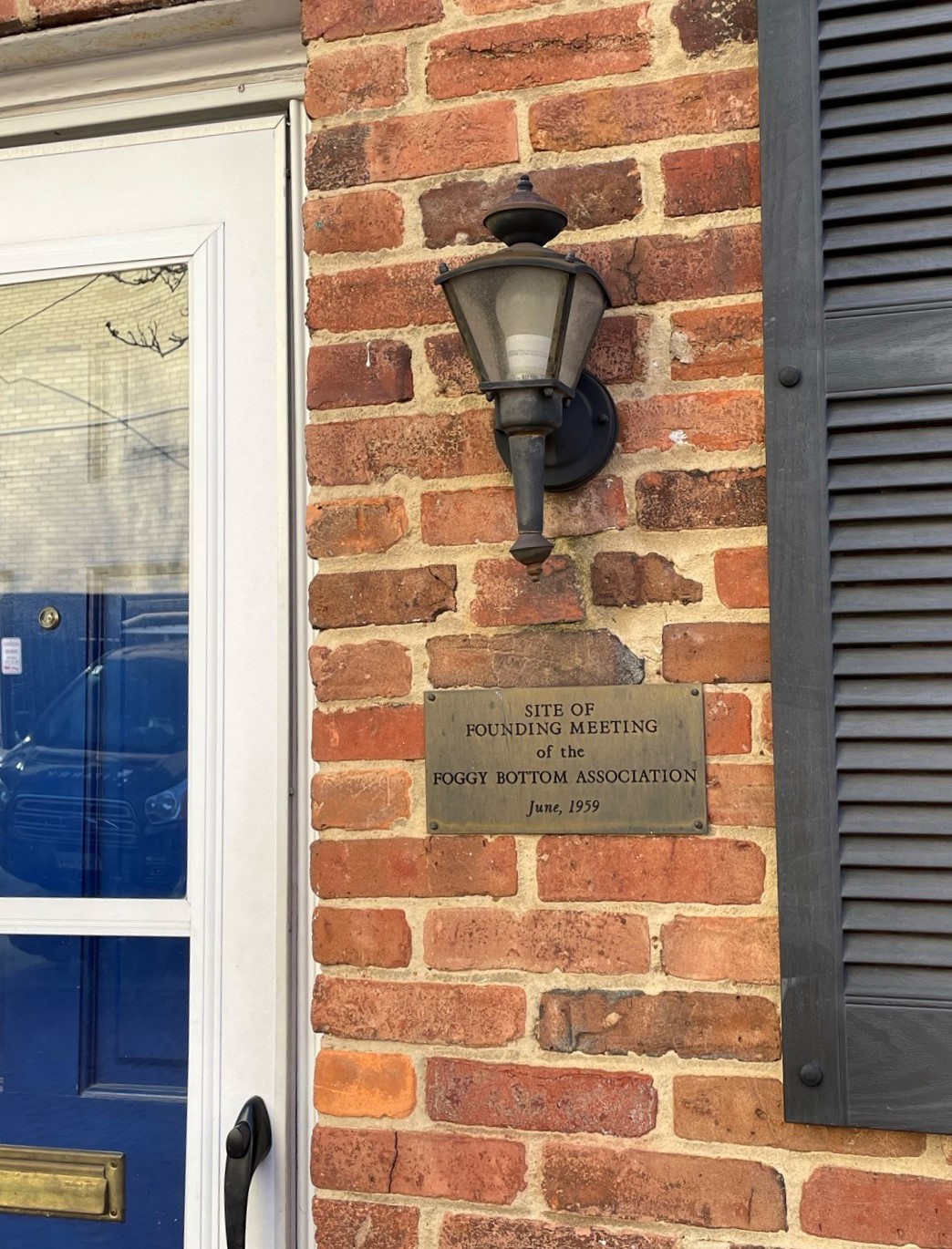 Starting in 1952, new residents and developers started buying and renovating the neglected Snows Court row houses, following the example of the nearby Georgetown neighborhood. In 2021, these small, but geographically desirable, homes sell in the $800 - $900k range. One realtor recently suggested potential buyers think of it not as a small house but as a large condo.

To the left is 1-7 Snows Court - seven original red brick row houses, built in 1890. They maintain their historic facades as well as original brick rears. The houses are 13 feet wide and 28 feet deep. They were built by James H. Grant for developer Samuel Norment. (Norment was the same developer responsible for the Fitzgerald and adjoining row houses featured at the start of the tour.) This grouping of homes helps us visualize how the entire alley must have looked during the late 1800s. In 1905, these very basic dwellings with four to five rooms rented from $6.50 to $9.30 a month. They may have been occupied by at least two families and additional boarders.

To the right, don’t miss the tiny red row house at 8 Snows Court - it is 11 feet wide and measures 528 square feet. It most recently sold for over $600,000. The cluster of houses at 8-20 Snows Court were designed and built in 1884 by Oliver Cox for developer Edwin Greer.

Around the corner (on the right) is 11 Snows Court -- in 1959, seven concerned neighbors met here to form the Foggy Bottom Association (FBA), as noted by a plaque. The FBA is active and has approximately 240 members and always looking for more!

The FBA succeeded the Foggy Bottom Restoration Association, founded in March 1955, at 21 Snows Court. By the mid-1950s, the industries that made Foggy Bottom foggy had shut down and the area became attractive to new development. The new development would either demolish or renovate the historic row houses, many of which were substandard. Either way, the remaining low-income residents, mostly African American, would be displaced. The FBRA fought for the preservation of the historic houses and blocked the enforcement of the City's ban on alley dwellings. Some of the historic neighborhood survived, but citizens were not able to prevent the construction of several new high-rise apartment buildings.

At the furthest end of the brick paved court (once home to wooden horse stables, clothes drying on lines, and fenced yards) is the rear entrance for St. Paul’s Parish. St. Paul’s was originally located on Washington Circle from 1866 until its 1948 demolition to make room for the GW Hospital (demolished and relocated in 2006).

Return to the street in front of Nos. 1-7 to exit the allay towards 25th Street.

This entry has been edited 29 times.