The Conservatory Tower is the oldest structure on campus. Pre-dating the university, it was incorporated into Alexander Arthur's home, Craig Neuk. It's rooftop was taken off during the Cyclone of 1933.

Today, only a remnant of the Conservatory Tower remains. 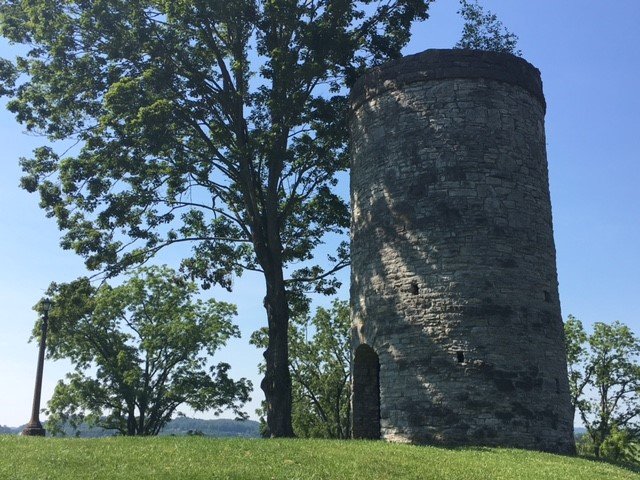 A view from inside of the Conservatory Tower. 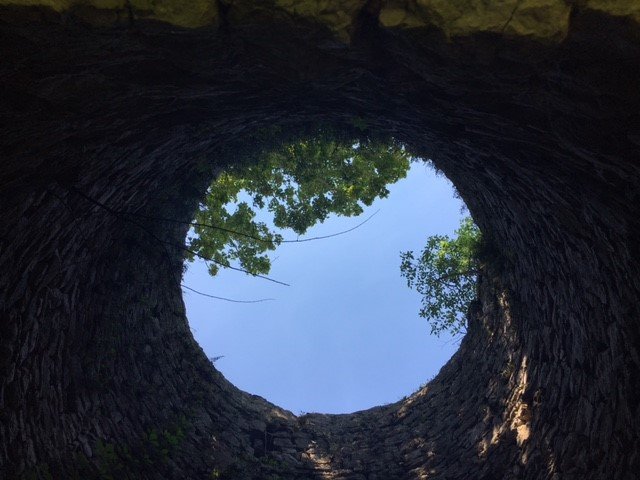 The Conservatory Tower as it looked at the turn of the 20th Century. 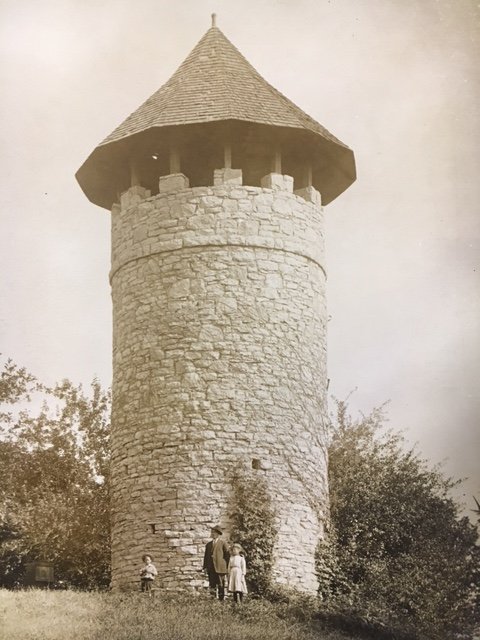 Alexander Arthur's home, Craig Neuk. Just behind the building, the Conservatory Tower can be spotted. 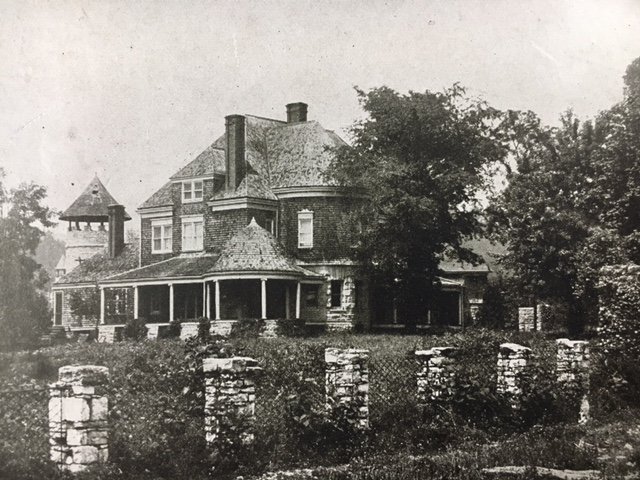 Alexander Arthur's home, Craig Neuk, was a nod to both Arthur's British heritage and his hopes for developing the region. Craigneuk was a Scottish village that grew in the 1800s as a result of coal and iron ore mining. The Conservatory Tower, a remnant of a past property, was easily worked into Arthur's plans for his home.

Following the collapse of the Four Seasons Hotel and the development of LMU, Craig Neuk became the university's music conservatory. The Conservatory Tower became a part of regional news during the "Cyclone of 1933." What follows was a newspaper clipping of that event and a description of the damage done to the campus on March 14, 1933:

Next to the demolished condition of Pruden, Tennessee, the campus of Lincoln Memorial University, at Harrogate, is the most tragic in appearance.

The beutiful tress and shrubbery which as been the pride of the institution are a twisted mass of broken tops, many of the trees uprooted, and in spots, all the trees are gone.

The physical damage of the buildings on the campus is estimated at $25,000 at least. Most of this is in the roofs which have been blown off or damaged.

The grand stand, a gift of Gov. Myers Y. Cooper, of Ohio, was completely demolished, being scattered all over the athletic field. A building nearby, known as "The Barracks" was a complete wreck. This building was occupied by three people at the time but they miraculously escaped.

The poultry buildings on the farm were all demolished.

The roofs of Duke Hall, the Faculty House, the LaFrentz Poole Hall, and the Conservatory were badly damaged.

The storm occurred about the time the students were eating supper, an in spite of falling trees and the scattering of timbers from the smaller buildings which were destroyed, not a single injury was received by anyone, except one student, "Red" Self who received a small cut on the back of his hand.

A garage in which the car of Mrs. Bessie Huntzinger was housed was blown away, but the building was left standing.

A large elm tree fell across another garage in which there were two cars, and these were damaged considerably.

Fully one-third of the trees of the campus are all down or ruined. The trees and shrubbery which grew in so much abundance in the Conservatory ground are practically all down, leaving the Conservatory building almost ghostly in its loneliness in the wreckage.

Apparently the center path of the storm struck the University proper, laying waste the trees and taking off the roofs. Fully half of the trees in the main quadrangle of the University are down.

The top of the Stone Tower at the Conservatory, and the top of the Reservoir on Grant-Lee Hill were blown off.

A cow shed was blown down, but not a single cow was injured. One was trapped, and could not get out.

Nearly all of the buildings suffered broken windows, in some cases, the entire frames being blown out.

Students today were busy cutting up the wreckage. Faculty members and students, numbering about four hundred people, are devoting themselves with sickened hearts to clearing up the wreckage and putting the campus in order.