Remnant of the Four Seasons Hotel

This section of all is all that remains of a large limestone wall that was part of the pleasure gardens surrounding the Four Seasons Hotel in 1892. The hotel, part of the American Association development of Alexander Arthur, was built to cater to the world's rich and famous.

The only remains of the Four Season Hotel stand just outside of the Abraham Lincoln Library and Museum. 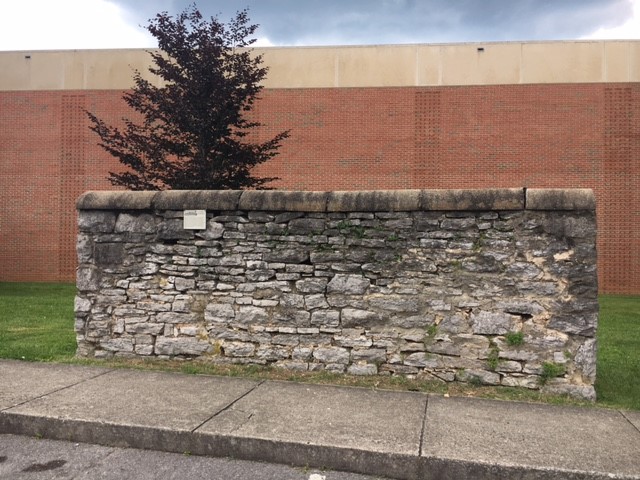 1/2 of an ad in the Asheville Daily Citizen for the Four Seasons Hotel. Alexander Arthur was friend with the Vanderbilts, and admired the Biltmore Estate located there. 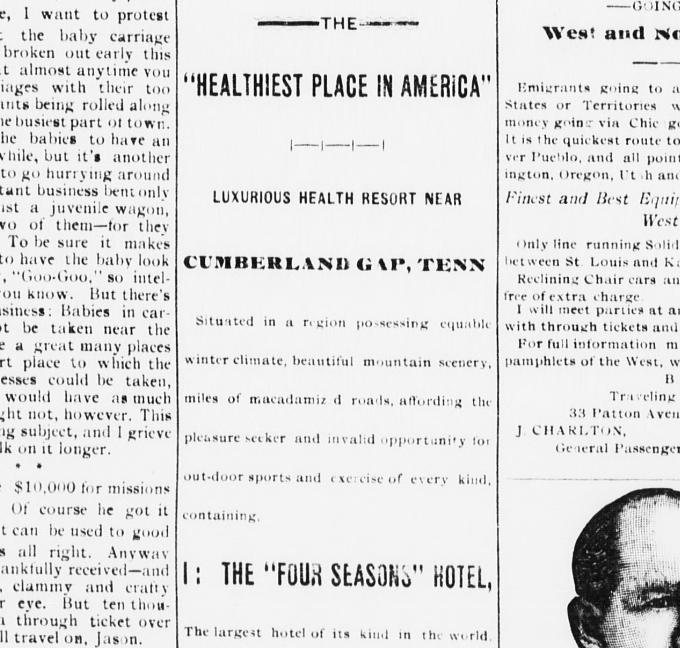 2/2 of an ad in the Asheville Daily Citizen for the Four Seasons Hotel. 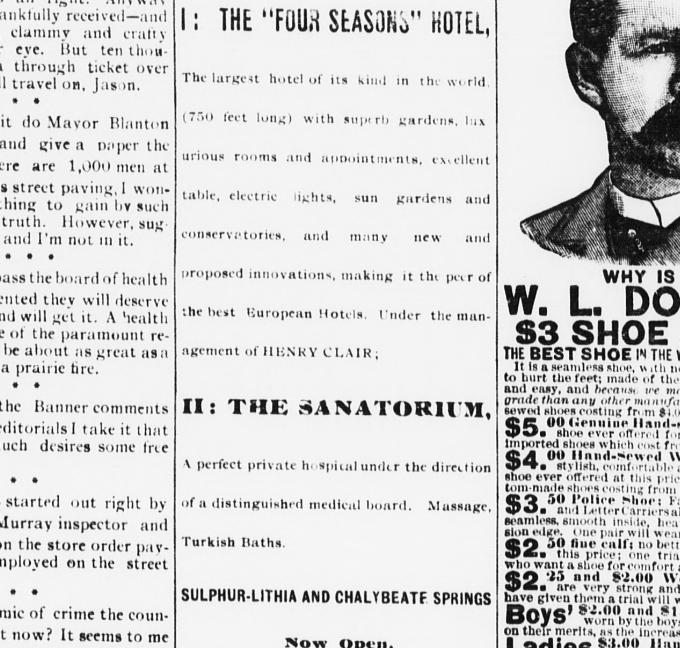 The New York Tribune advertised to New Yorkers that the Four Seasons Hotel was an ideal winter getaway at only 28 hours away. 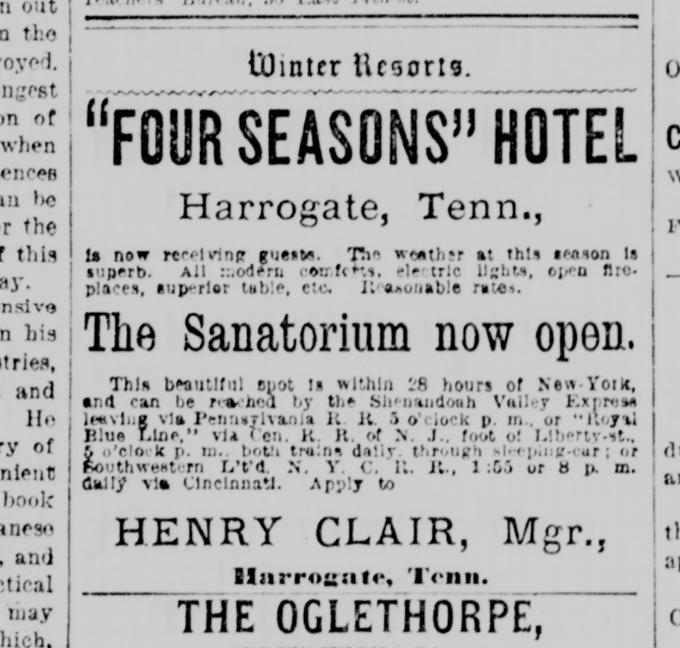 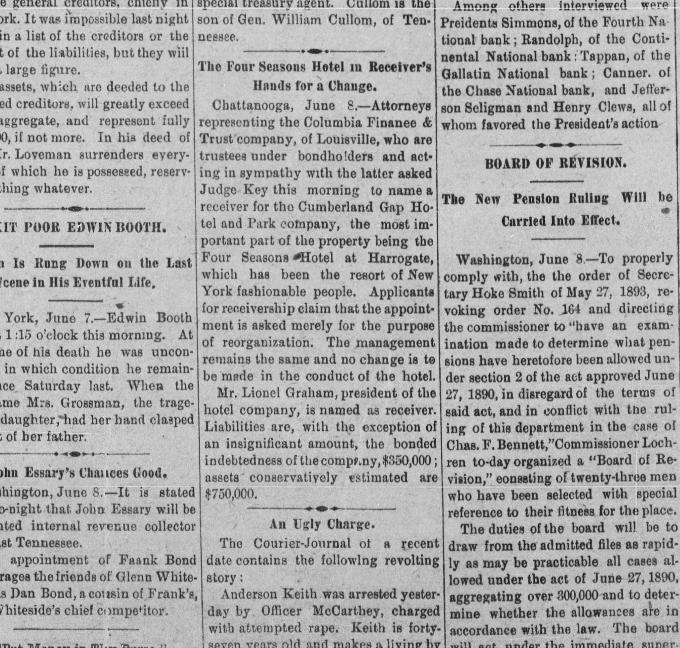 The Four Seasons Hotel as it appeared in 1892. From a postcard. 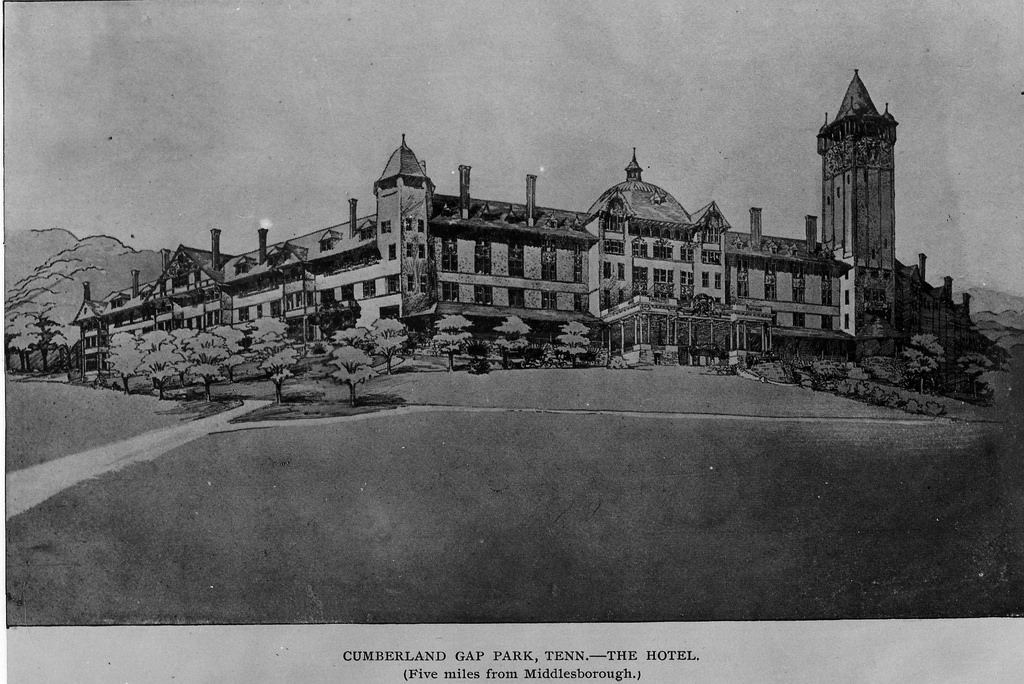 The grounds of the Four Season Hotel contained beautiful gardens like the one that this wall would have contained, carriage roads, and trails through the mountains. The hotel closed one year after opening due to an economic depression that forced it into bankruptcy and later sold for salvage. Most of the construction of the American Association properties is distinguished by the white, rusticated limestone seen in this wall. Some of the older University structures and trees give evidence of this graceful beginning to Lincoln Memorial University.

The 700-room Four Seasons hotel opened on April 12, 1891, with a ball and banquet. The goal of the hotel was a part of Arthur's larger plan to make nearby Middlesboro, Kentucky, "the Pittsburgh of the South" - much like Middlesboro would mimic Middlesboro, England, Harrogate, Tennessee would mimic the spa town of Harrogate, England. However, after the Panic of 1893, the Four Seasons Hotel was dismantled and disappeared from the landscape, leaving only the 200-room Sanatorium. In 1897, the Trustees of Lincoln Memorial University Purchased the property and Sanatorium, later to become Grant-Lee Hall.