Battlefield Park and the Siege of Savannah

This memorial park consists of reconstructed earthworks and numerous signs and programs that allow visitors to experience the history of the American Revolution in the South. On December 29, 1778, British forces, under the command of Lieutenant Colonel Archibald Campbell, captured Savannah as part of a strategy to regain control of Georgia with the support of the loyalists who lived there. The following year in 1779, French and American forces combined to attempt to take back the city in a battle called the Siege of Savannah, which is also known as the Second Battle of Savannah. Due to poor planning, miscommunication, and a lack of patience, the siege failed, leaving Savannah in British control until July of 1782. An interesting feature of the battle was the contingent of 500 men from what was once a French colony and now the country of Haiti. Some of these soldiers were men of color and some were former slaves. The contingent was one of the largest foreign forces to participate in the war. 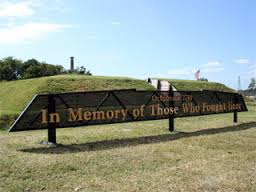 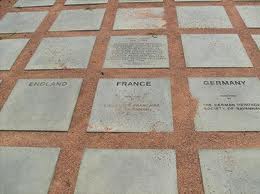 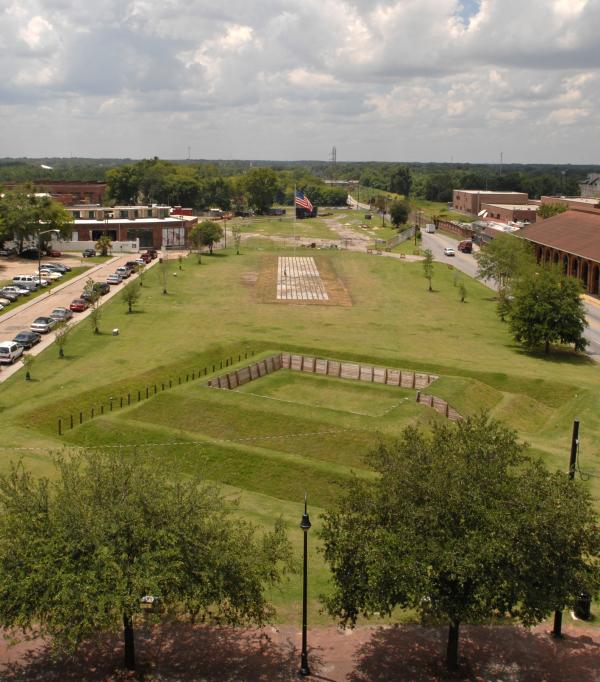 In September of 1779, Major General Benjamin Lincoln intended to retake the city of Savannah from the British, who had claimed it as their own the previous year under the command of Lieutenant Colonel Archibald Campbell. Campbell remained in Savannah, joined by Brigadier General Augustine Prevost.  At this time, Lincoln was in Charleston, South Carolina, and knew that his only hope in retaking the city was in persuading the French Navy to join his cause. French Vice-Admiral Comte d'Estaing, who had been fighting in the Caribbean, agreed to bring his fleet north to meet Lincoln and his men.

On September 11, 1779, Campbell departed Charleston and headed toward Savannah with 2,000 men. Also moving towards Savannah was the French Comte d'Estaing with his fleet, surprising Prevost who was not expecting them, and hurriedly ordered British Captain James Moncrief to further build up Savannah's fortifications. The following day, the French fleet landed at Beaulieu's Plantation, and from there marched toward the city, where he was joined four days later by Lincoln and his men. Quickly, a demand was made to Campbell to surrender the city. Campbell stalled, as he was awaiting reinforcements from Beaufort, South Carolina; Colonel John Maitland's troops were on their way. Due to a misunderstanding between the French and the Americans, neither side blocked the arrival of the extra British troops. With more men behind him, Prevost declined to surrender the city.

On September 23, 1779, the French and the American forces began landing their artillery and preparing for the siege. On October 3 bombardment began but is largely ineffective against British fortifications and actually caused more damage to the city itself. D'Estaing, who is growing impatient due to disease among his fleet and the threat of hurricanes refuses to practice standard siege procedures, which most likely would have ultimately been effective, and instead suggests an assault on the British lines. Lincoln, who knew he could not win without the French, agrees to d'Estaing's wishes.

The French-American assault on the British began the morning of October 9. The battle, which should have gotten underway before dawn, was delayed due to thick fog and men getting lost in the swamps. The objective was to focus on the Spring Hill Redoubt, or fortification. It was believed the redoubt was manned by loyalist militia and easy to capture. However, a deserter tipped Prevost who decided to move his veteran forces into the area. Early on, a diversion planned by d'Estaing failed, followed by an incident where an entire line got stuck in the swamp near the redoubt was forced to turn back. Upon reaching the Spring Hill Redoubt, the first wave of men met with heavy fire. They suffered heavy losses; d'Estaing himself was hit twice. While the second wave found more success, with some French and Americans reaching the top of the wall, they were still unsuccessful in breaking through the British lines and were eventually driven back. Lincoln desired to mount one last attack but Comte d'Estaing quickly overruled his wishes.

The French and American forces suffered losses far greater than those of the British. Of the Allies, 244 were killed, 584 were wounded, and 120 were captured. Of Prevost's men, 40 were killed, 63 were wounded, and 52 were missing. On October 18, the Siege of Savannah was abandoned, and Lincoln and his army retreated back to Charleston. This battle, as one of the bloodiest of the war, was also demoralizing for the new French-American alliance.

Today, those who fought and died in the Siege of Savannah are memorialized at Battlefield Park in Savannah. In 2003, the city of Savannah purchased the land where the battle took place. Two years later, in 2005, archaeologists found what was left of the Spring Hill Redoubt, and the fortification itself has been rebuilt to show what it would have been like at the time of the siege. Visitors today can visit the park and see the 800 granite stones placed there to remember those who died or were wounded in the Siege of Savannah.