A News Clipping Featuring Some of the Offerings of Products from HELCO, Sourced from the UCONN Archives 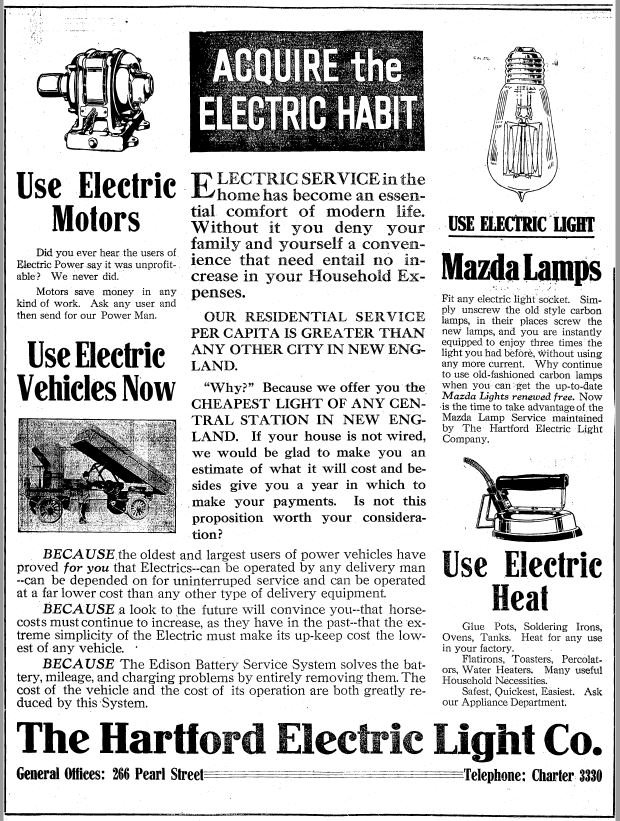 A Photo of the Famous Turbine "Mary Ann" circa 1900, Sourced from UConn Archives 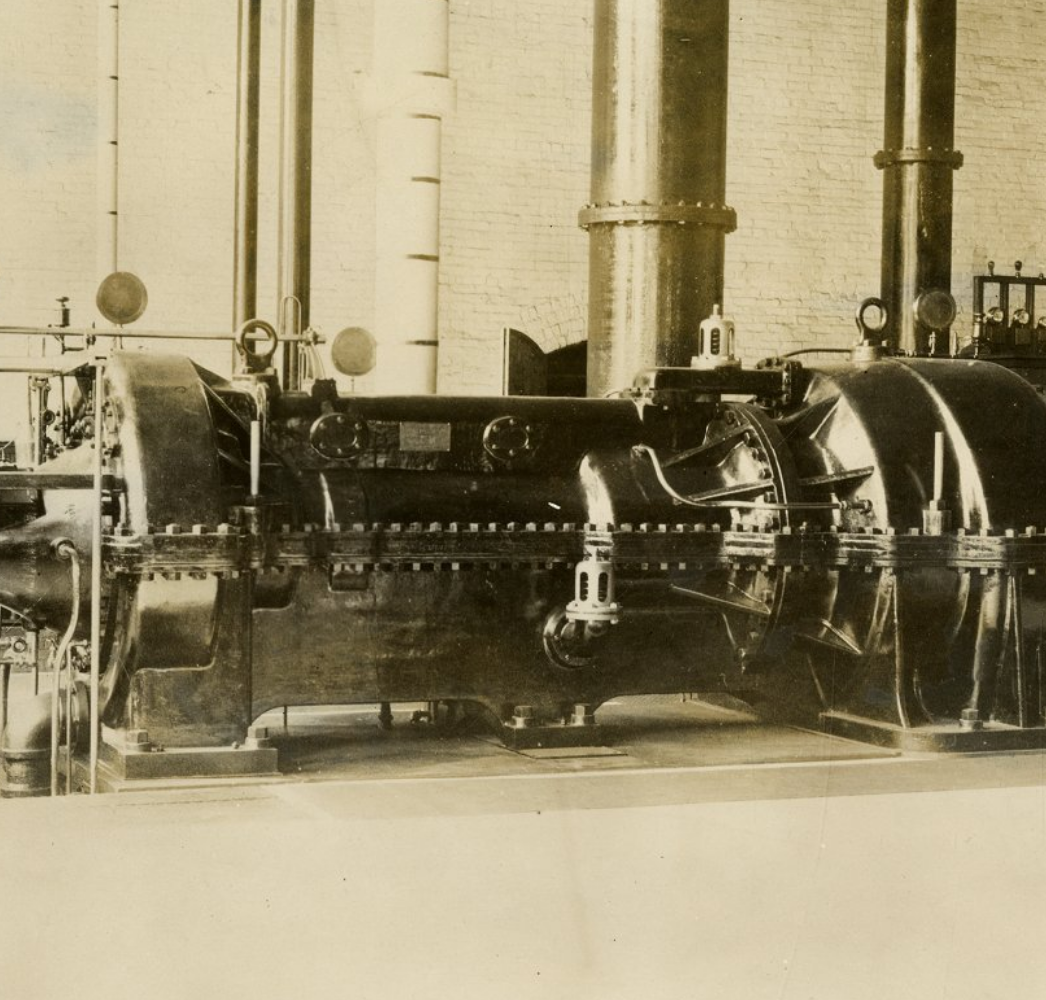 The HELCO Building in 1902, Publicly Available Photo from the Hartford Historical Society 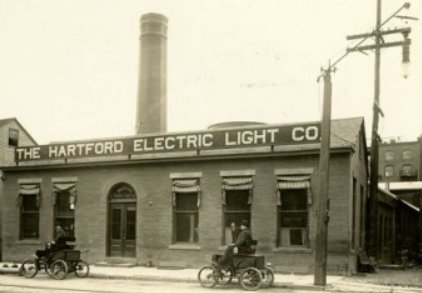 The history of the Hartford Electric Light Company starts in 1881 when the company was approved for charter as a public utilities company. With the grand opening of their steam power plant on Pearl Street in April of 1883, they brought the first accessible electricity to the city.  When they began operations, they had only 6 customers; they were bringing to Hartford the cutting edge of new technology that had not yet made its way into the hands of the general public.

Led by company president Austin Cornelius Dunham, HELCO started by bringing arc lighting lamps to Hartford’s rail station on Asylum Street.  This was only the first, tiny step in the process that would end up changing Hartford forever.  In addition to bringing the first electricity to Hartford, they were the first utilities company in the United States to utilize high-voltage three-phase alternating current effectively.

HELCO’s growth was meteoric.  In just five years, the face of Hartford was changed forever.  While only 21 electric lamps were prepared when they opened their doors, by 1888 their lamps had replaced every one of the gas streetlights Hartford had once relied on so heavily.  Following the expansion of the electric streetlight system, Hartford became the first New England city with all-electric streetlights.  From 21 lamps in 1883, HELCO’s influence expanded until, by 1902, they were powering over 77,000 electric lights.  During this time, they also broke new ground by being the first company to utilize energy storage batteries to counteract energy waste.  While the HELCO building on Pearl Street was no longer their only power plan in the area, it was home to one of their most famous generators.

Known by the nickname “Mary-Ann,” this heavy-duty steam turbine was the first of its kind: Produced in America and used by an American public utilities company.  A collection of photographs of the turbine, which was manufactured by world-famous engineering and manufacturing corporation Westinghouse, have been preserved and are available online in the archives of the University of Connecticut.

HELCO was a major innovator at the turn of the 20th century, bringing new operations principles, energy transport techniques, and even appliances to the people of the United States.  HELCO president Austin Dunham invented a uniquely-equipped electric range, which became incredibly popular in Hartford, an electrically powered radiator unit, and even an icemaker.  All of these appliances were successful in Hartford and beyond.

The HELCO building represents a nexus of innovation and modernization for not only the city of Hartford and the state of Connecticut but for New England as a whole.  From this building, the age of electric lighting and convenient, electric appliances spread outward, changing the face of the North Eastern United States forever and solidifying HELCO’s place in the history of technology in America.