The Queen Anne style house at 1646 Massachusetts Street is named for Edward House. The wood frame house on a limestone foundation was constructed in 1894. The House home was listed on the National register in 2007 as an example of its Late Victorian architectural style in the Free Classic subtype. The house was located south of the original boundaries of the town of Lawrence, within Babcock's Enlarged Addition. The nominated structures include an associated garage dating to the 1920s, a cistern, and a below-ground root cellar. A number of prominent members of the community have resided in the home, including bankers and a Kansas University football coach. 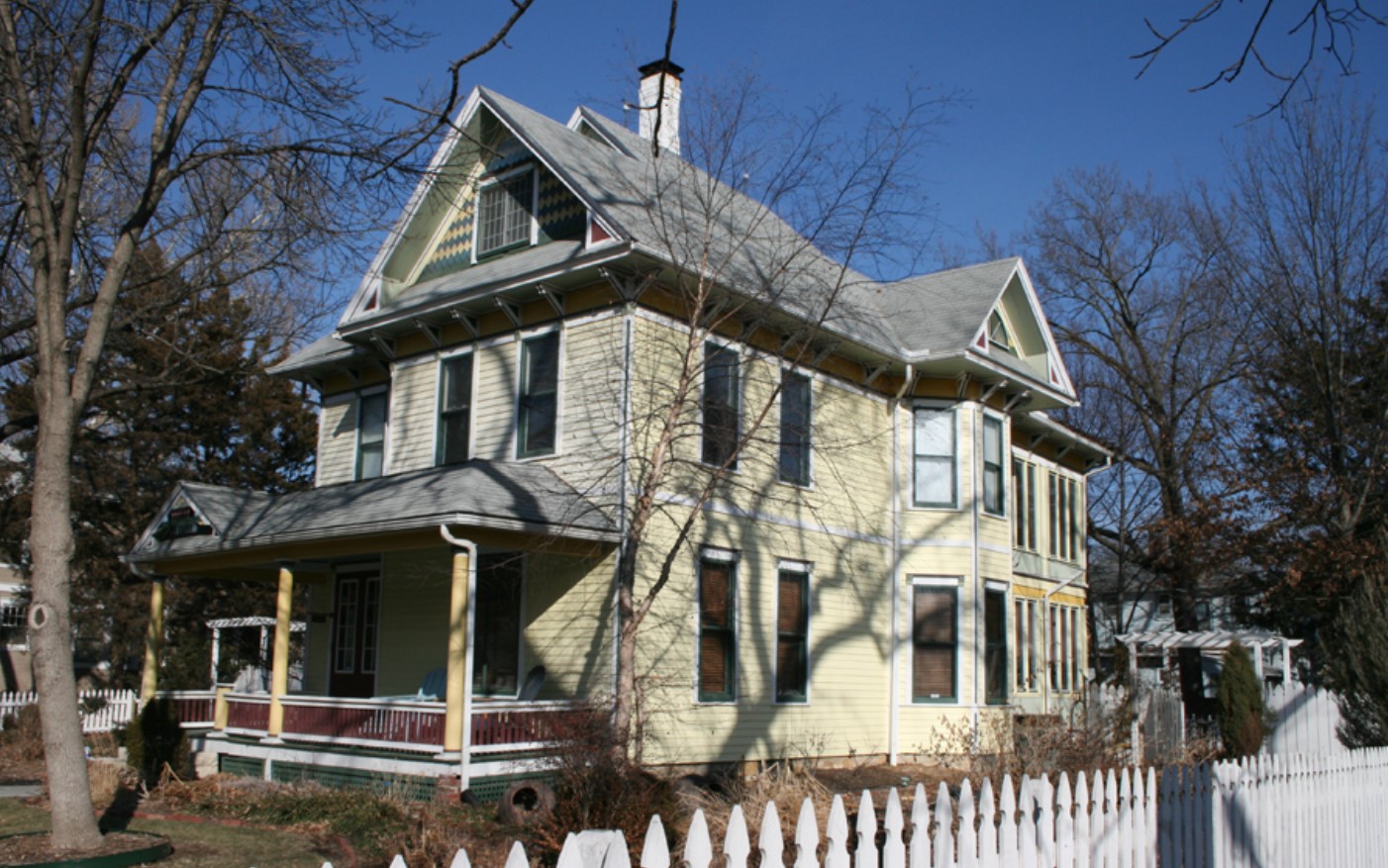 The Edward House home is a compound square in plan with pedimented gabled projecting bays. The walls are clad in wood clapboard. The steeped hipped roof features lower cross gables. The wide eaves are supported by decorative brackets. Two additions were built onto the house in the 1910s and 1920s, a one-story lean-to and two-story section. Decks and sun porches were added in the 1980s. The roof has been removed and rebuilt, and the house has had central air conditioning installed. The house retains many of the exterior and interior features that define the Queen Anne style, a dominant American house form from about 1880 to 1910.

In 1900, Edward House and his wife, Florence, resided in the home with three of their children who were in their twenties: Francis, Edith and Edwin. Edward worked in the livestock industry and Francis was an attorney. The next occupants were Thomas B. Robinson and his family, who owned the home from 1903 to 1909. The Friends, the next owners, retained the home until 1926. Carl Friend was a lumberman, banker, and later became a politician after selling the house; he served as a state senator and Lieutenant Governor in the 1930s and 1940s. An owner of the home from 1927 to 1936, Thomas J. Sweeney, was a banker and insurance salesman who was heavily involved in fundraising for local universities; all three of his children studied as Kansas University. His wife, Anna Carlos Sweeney, died in 1930 and he passed away in 1936.

Henry Gwinn, a newly-hired KU football coach, owned the Edward House residence from 1939 to 1942. The team didn't fare very well under his leadership - only won 9 of 36 games - and his contract was not renewed. The next owners, the Belts, lived on the property from 1943 to 1979. Thomas Belt worked as a consulting engineer until retiring in 1976; his wife, Helen, died in 1969. A local pediatrician, Terry A. Riordan, owned the home from 1983 to 1995. The Riordans made a number of improvements to the house, including remodeling of the basement for Dr. Riordan to use as his medical office.

The home has changed hands several times since 1995. The Edward House was nominated to the National Register as part of the Historic Resources of Lawrence Multiple Property Documentation. The 6-bedroom, 5.5-bath home contains over 3,000 square feet on a lot of 0.35 acres.