This is a contributing entry for Kansas City Women's Heritage Trail and only appears as part of that tour.Learn More.

At several moments of the early 20th century, developers sought to build on land that had long been home to this cemetery known today as the Wyandot National Burying Ground or the Huron Cemetery. Starting in 1906, Eliza "Lyda" Burton Conley and her two sisters Helena and Ida armed themselves and built a fort on this site to prevent would-be developers from accessing the burial grounds. At various critical moments, the Conley Sisters used a variety of techniques ranging from legal strategies to physical resistance to prevent the desecration of graves or the destruction of the cemetery. The three sisters shared Wyondot lineage and are buried here. According to local stories, Helena Conley's final resting place even displays a warning about a "curse" that will befall anyone who harms the sanctity of the cemetery, perpetuating the sisters' preservationist crusade to the present. The three sisters passed away in the 1940s and 1950s, but their legacy ensured that there was still a cemetery to preserve. The site was added to the National Register of Historic Places in 1971 and it also became a National Historic Landmark in 2016. 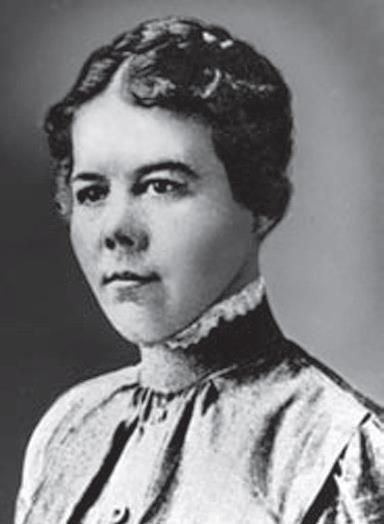 The Huron Indian Cemetery, or the Wyandot (Wyandotte) National Burying Ground, serves as a sacred final resting place for those of Wyandot descent. Although the Wyandot were originally from the Great Lakes area in Canada and later lived in the northern parts of Michigan and Ohio, the Indian Removal Act of 1830 led to their forced relocation to the Kansas City area. Generations of Wyandot are buried in the cemetery, making this land legally protected under treaties between the tribe and the American government. However, these treaties were regularly violated when the value of real estate created powerful interests, a scenario that appeared to play out in downtown Kansas City. However, the three Conley sisters decided to act to protect the cemetery. Through occupation of the space and through legal measures, the sisters were able to thwart development plans and preserve the burial grounds at several moments in the early 20th century. The grounds, which are under further protection today thanks to their status as a National Landmark, also serve as the final resting place of each of the Conley sisters.

Eliza “Lyda” Burton Conley, Ida Conley, and Helena “Lena” Conley were born to Andrew S. Conley and Eliza Zane. The three sisters experienced numerous losses from young ages, with their mother, father, grandmother, and fourth sister all passing away before the sisters’ adulthood. Although experiencing great loss and grief early on, the sisters relied on each other and persevered through their hardships. Lyda and Lena both attended school and also completed some level of college coursework. While all three sisters were important in the fight for and preservation of the cemetery, more information is known about Lyda Conley who led the occupation of the space and the legal fight to protect the burial ground.

Lyda attended the Kansas City School of Law, graduating in 1902, and was admitted to both the Missouri Bar and the Kansas Bar by 1910. Although legal means were important to defending the cemetery, physical protection needed to be enforced while legal procedures were underway. Thus, when the cemetery’s protected status was removed in 1906, the Conley sisters moved onto the burial grounds. The sisters erected a hut on the land and waged an armed resistance as they lived at the cemetery. At several points, the sisters demonstrated their intent to use their shotguns to deter anyone from attempting to forcibly take or sell the land.

As Lyda expanded her knowledge in law and built her case, the sisters worked together to demonstrate their passion for the burial grounds. The sisters correctly calculated that their actions would attract media attention. Demonstrating the legality and moral justice of their cause, the sisters rallied some degree of public support at a time when many other burial grounds within city centers were lost.

In 1907, Lyda began her legal battle to prevent the sale of the land to developers. The case would eventually reach the U.S. Supreme Court in 1910. Lyda Conley became the first woman of Native American descent to bring a case in front of the Supreme Court. Although the Supreme Court did not rule in Lyda’s favor, the Conley sisters continued their efforts to protect the land.

After the Supreme Court rejected their case, the Conley sisters continued to occupy this land while seeking support from like-minded residents of Kansas and Missouri. By 1912, Charles Curtis, a United States Senator from Kansas who was also of partial Native American lineage proposed a bill that designated the cemetery as a national monument. While that effort was not successful, Curtis's support helped the Conley Sister's cause. By 1916, the grounds received funding for preservation which was led by faculty at the Haskell Institute (Haskell Indian Nations University).

Still, the fate of the land was not yet secure and the Conley sisters continued their efforts to protect the burying grounds over the next three decades. At various moments, the three sisters used both physical and legal strategies when they perceived a threat to the land. Their multiple interventions, which included several arrests, deterred would-be developers and saved the Huron Indian Cemetery from destruction several times in the first half of the twentieth century.

Lyda Conley passed away on May 28, 1946, leaving both of her sisters to continue to uphold their shared family legacy. Ida Conley passed away on October 6, 1948, and Lena Conley joined her sisters in the afterlife on September 15, 1958, Although the loss of the three leading defenders of this space led to several new attempts by the federal government to sell this land, various Wyandot descendants and historians in the area worked to protect the grounds. The cemetery was added to the National Register of Historic Places on September 3, 1971, and the cemetery became a National Historic Landmark in December of 2016. The cemetery includes the graves of the Conley Sisters, including this inscription on Helena's headstone: “Cursed be the villain that molest their graves.”10