Kennesaw House and the Marietta Museum of History

The Kennesaw House, also known as The Fletcher House, is located in Marietta, Georgia. Originally built in 1845, it first served as a cotton warehouse of John H. Glover, the first mayor of Marietta. In 1855, it was purchased by Dix Fletcher, which is why it is sometimes referred to as “The Fletcher House.” Fletcher, a Mason, remodeled and turned the old cotton warehouse into a hotel. The Kennesaw/Fletcher House sits west of the town square and next to the CSX railway, formally the Western and Atlantic Railroad and remains one of Marietta’s oldest buildings. The Kennesaw House, which now houses the Marietta Museum of History, has undergone several changes over the years. In the 1920s, it was renovated to be retail shows, and in the late 70’s the entire building was completely renovated, leaving little of the original pieces of the building save the staircase and a couple fireplaces, to be office space and a restaurant. The Kennesaw/Fletcher House is a theater for much folklore and ghost stories, perhaps the most intriguing part of the house’s history is it is where the “Great Locomotive Chase” began (see below). 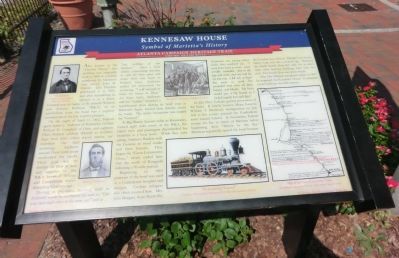 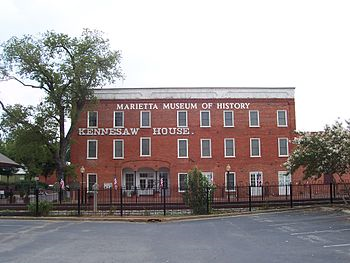 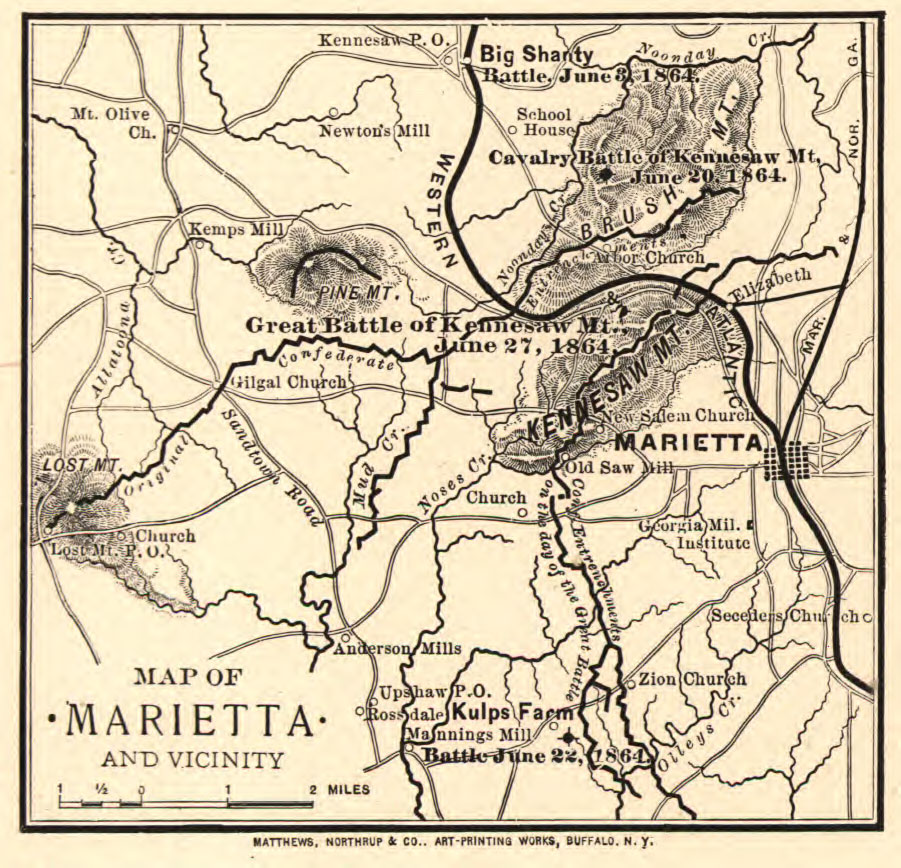 Tied to the fame of the Kennesaw is the story of the Great Locomotive Chase. In April 1862, a civilian named James Andrews, who was from Kentucky and a spy for the Union Army, arrived in Marietta disguised as a Union soldier. On April 11th, he and other co-conspirators (volunteer Union soldiers) spent the night in the Fletcher House. Andrew’s room overlooked the train tracks. The plan was to disrupt the transportation of men and supplies coming on the Western and Atlantic Railroad from Atlanta to Confederate soldiers fighting in Chattanooga. They also planned to destroy as much as they could including train tracks, telegraph wires, and bridges.

The men met before dawn and were instructed by Andrews to sit near one another in the same car but to not communicate with one another. There was a bit of a debate as to whether they should call off the raid and head back to Federal lines. Andrews, very focused and full of belief in their mission is quoted to have said, "I will succeed or leave my bones in Dixie." With that declaration ending the debate, the men boarded the train; the locomotive itself was called The General. When the train’s crew and passengers stopped and got off for breakfast, Andrews and his men stole the General, which was carrying wood and had three boxcars, and headed north, thus beginning the “Great Locomotive Chase.” The chase ended 90 miles and a day later in the town of Ringgold. Many of the men, including Andrews, were caught and hanged as spies.

The hotel once served as a Confederate hospital and morgue. Civilians also roomed here. In July 1864, Federals were able to gain possession of the hotel and it served, very briefly, as General Sherman’s headquarters. Federal troops, as they were beginning their “March to the Sea,” set fire to much of Marietta but Sherman, a Mason, spared the hotel because Dix Fletcher was a Mason and his son-in-law, Henry Cole, was a federal spy. The building is a contributing of the Northwest Marietta Historic District.