Item 11 of 19
This is a contributing entry for Foggy Bottom Historic District Walking Tour and only appears as part of that tour.Learn More.

The Center of the Historic District

The central cross-roads of the Historic District (25th and I Street) provides a view of variety of row houses styles, including the blue wood-frame house, which is potentially associated with the Underground Railroad. In the past, this corner also hosted bars, grocery stores, a funeral home, and a beauty parlor. Currently the corner houses a mix of owner-occupied, rentals, a small apartment building, and a few Airbnb's. 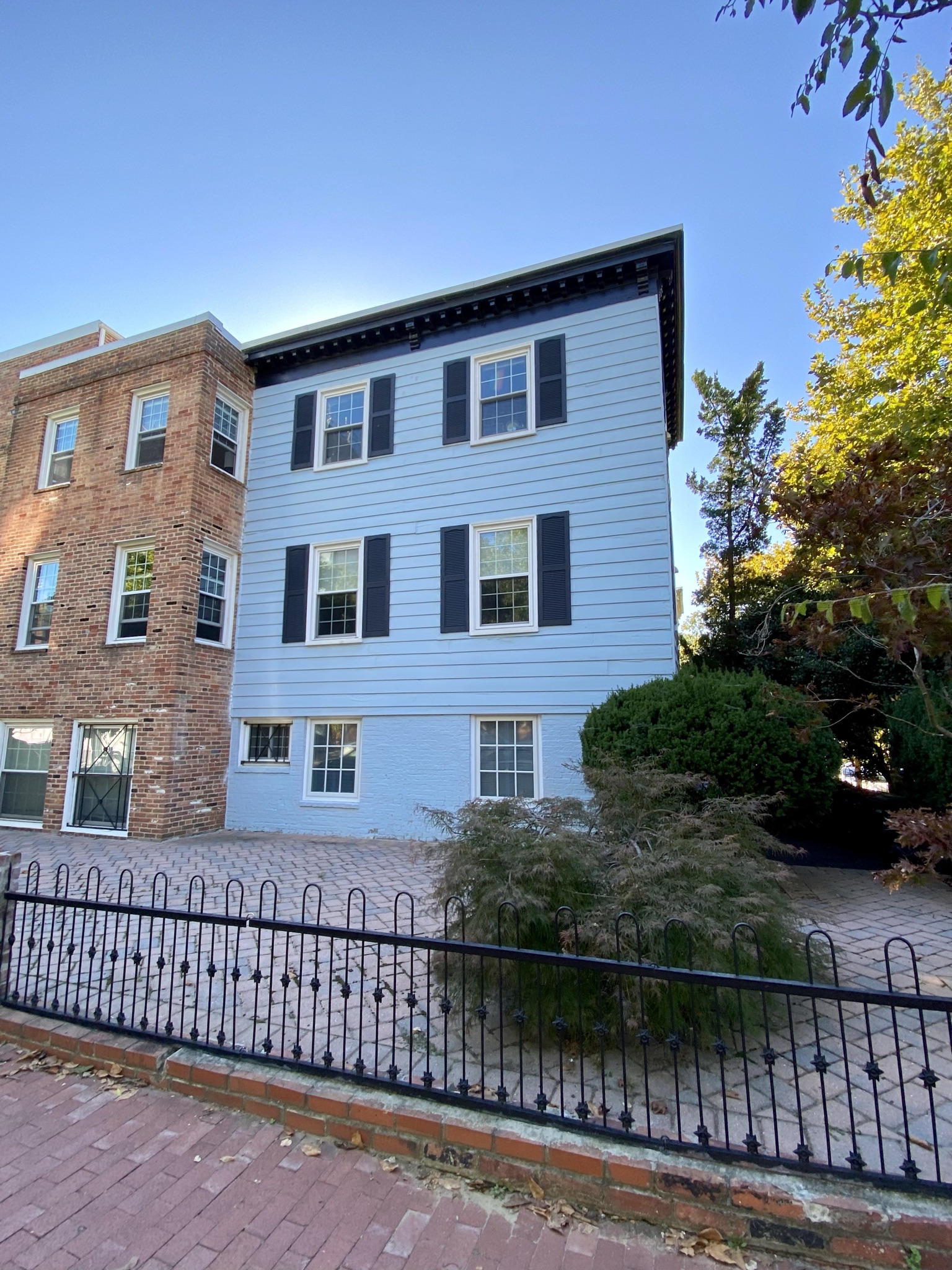 Historic photo of the Blue House (and corner call box) 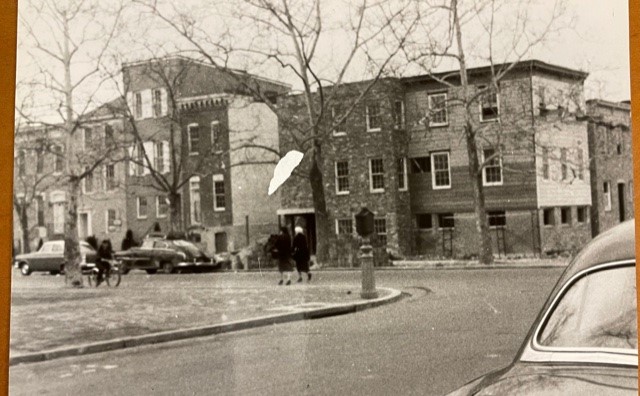 Advertisement for the Marg-Anne Beauty Salon 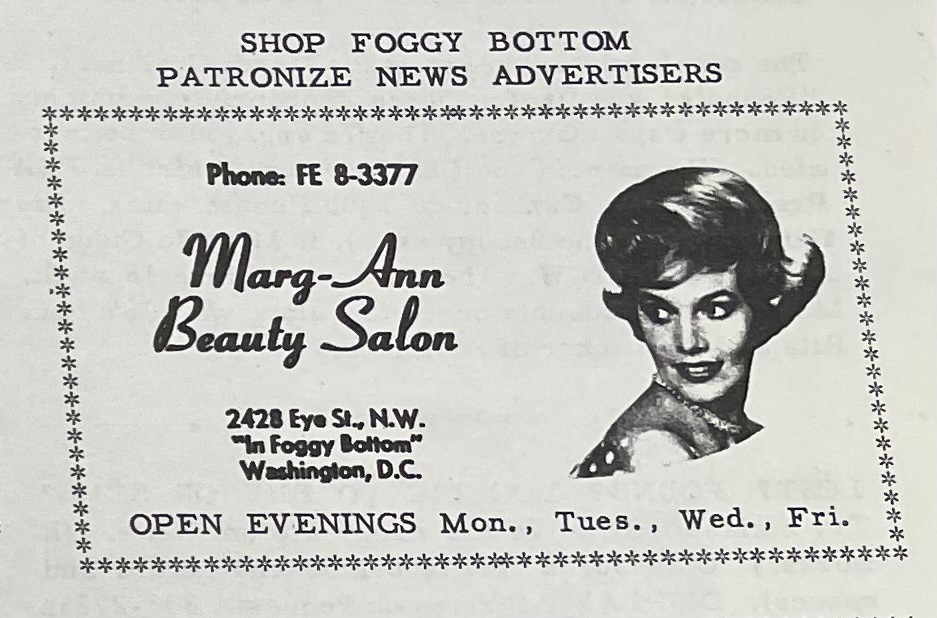 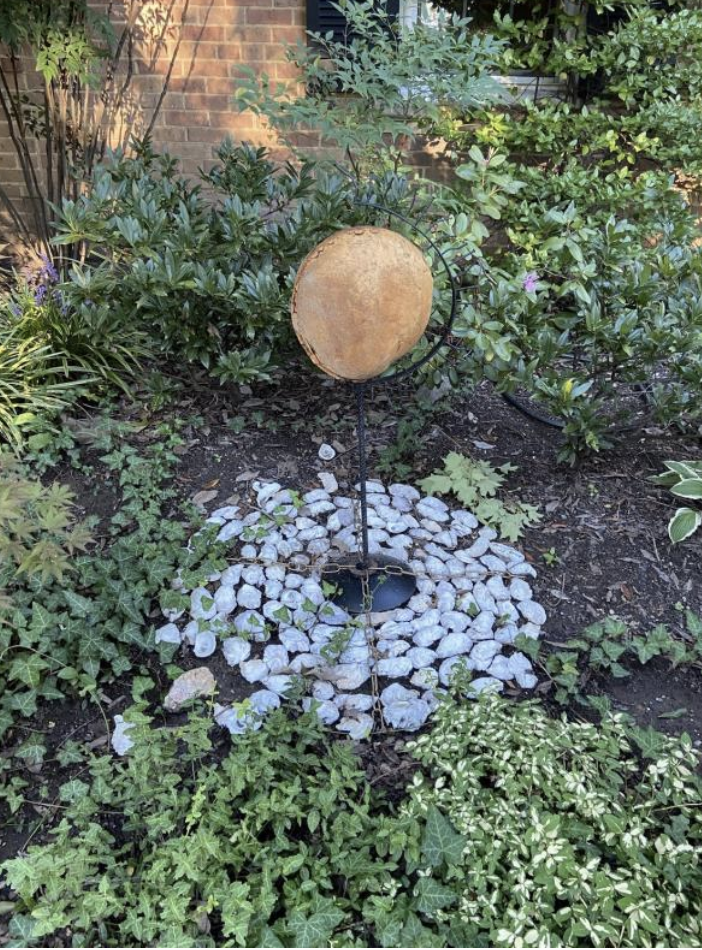 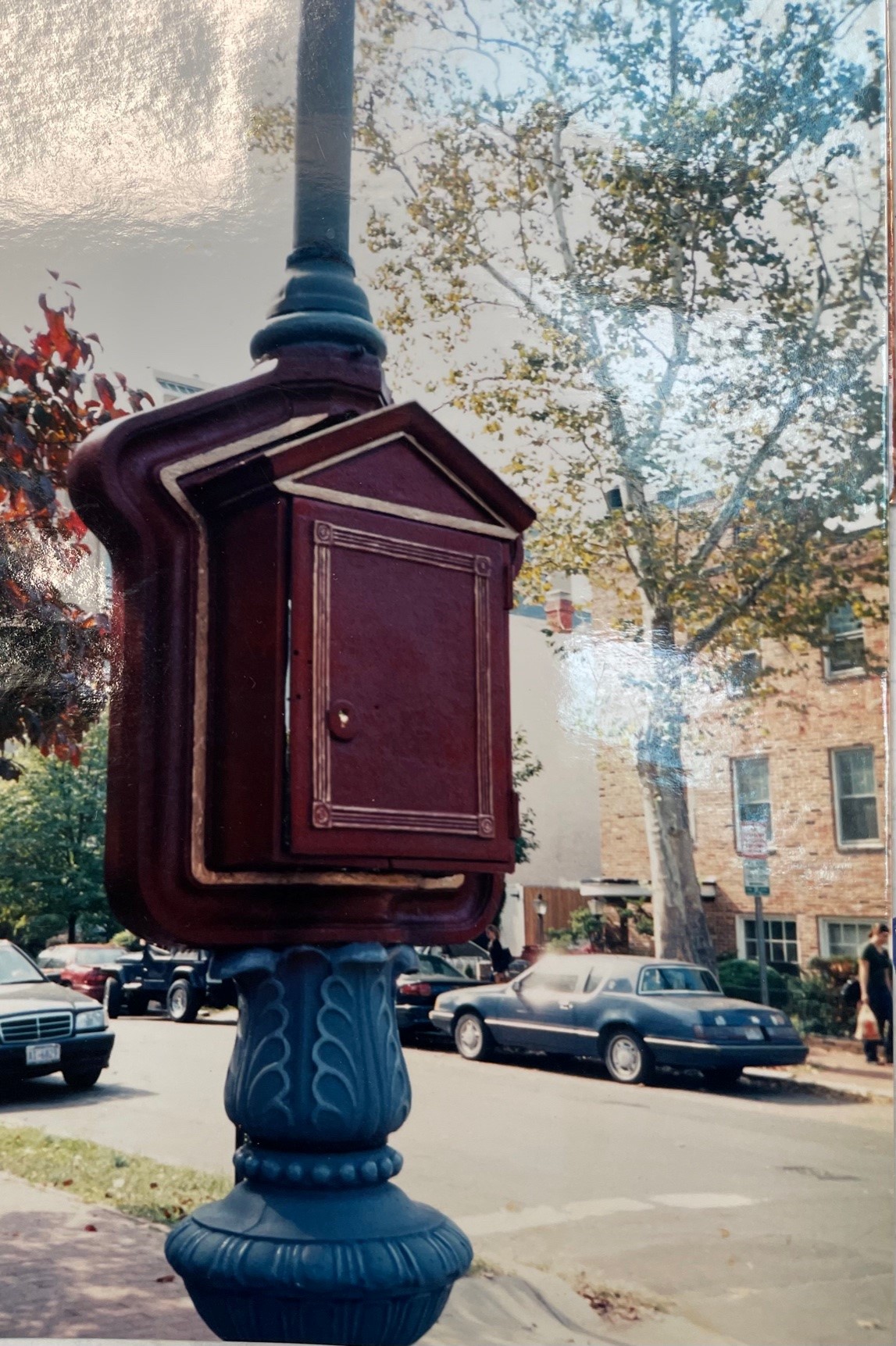 At the corner, the blue house with the paved front yard (830 25th St./2500 I Street) is the oldest house in the Historic District. It is recorded as built in 1872, and is the only remaining wood frame house. It has been reported (but not confirmed) that the house was built before the Civil War and was a stop in the Underground Railroad for freedom-seeking African Americans.

The Foggy Bottom neighborhood does have confirmed Underground Railroad sites. A plaque marks the location of the house of Leonard Grimes at H and 22nd St., on what is now the GWU campus. Grimes (1815-1873) was a free African American who operated as hackney – or horse-drawn cab driver. He assisted enslaved people in gaining their freedom in the 1830s. For this, he was arrested and served two years in the Virginia State penitentiary in Richmond, Virginia. Upon his release, he became a minister and moved to Boston, Massachusetts, becoming a prominent abolitionist leader.

Also, 13-year old Emily Edmondson had been hired out as a maid on 21st and G Streets. In 1848, she joined 76 other enslaved people in an attempt to seek freedom on schooner The Pearl. The ship was captured before it could exit the Potomac and most of the escapees were re-sold into slavery in the deep south. But funds were raised to buy freedom for Emily (and her sister Mary). Emily attended Oberlin College, worked at an African American school in D.C., and later started a family in Maryland. The Pearl incident was commemorated by artist Lynda Andrews-Berry in a sculpture, "Pearl Dream," installed as part of the 2021 Arts in Foggy Bottom exhibition.

Although originally built as a residence, the blue wood frame house had commercial uses. In 1914 it was a saloon operated by Jane McInerney and William Biggs. By 1971, it had operated as corner grocery store for some time. Later the house was co-joined with the adjacent red brick house (with the entrance on 830 25th Street) and it is currently used as an apartment building.

On the other side of 25th Street, 2428 I St., was a grocery store in the early 1900s. In the early 1960s, the Marg-Ann Beauty Salon occupied that corner. Next door, 2426 I Street, is unusual because it is the only house in the district that has a brownstone facing (instead of brick). It was built in 1880 as a residence, but by 1917, it was operated as a funeral home by undertaker Phillip Barbour. These close to home, owner-operated small businesses addressed the needs of the neighborhood's residents.

On the corner is a red fire alarm box, one of four located in the area. Cast iron police and fire call boxes were located throughout the city in the 1880s and were connected by cables to emergency centers. The boxes were taken out of service in the 1970s with the invention of the 911 emergency call service. Throughout the city, many of the alarm boxes have been repurposed and display neighborhood artwork.

Boyd's Directory for the District of Columbia, 1914